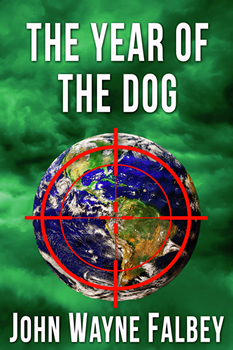 It’s the Year of the Dog and China is on the offensive, solidifying its dominion throughout Asia and setting its sights on the rest of the planet. The Russian president intensifies his threat against the free peoples of Europe and beyond. Islamic terrorists continue to fan the flames of hatred and discord across the globe. The world’s baddest actors are ramping up their malevolent ambitions.

Time is running out, but the hunter/killer Black Ops unit known as the Sleeping Dogs is back. But not all dogs make good pets—and the Hounds of Hell are about to be unleashed!

Here, John Wayne Falbey answers a few questions about his latest novel for The Big Thrill:

My goal as a writer is always to entertain my readers as well as fascinate them with bits of the arcane gleaned from my research.

It pulls no punches in a discussion of current global affairs.

My research to writing ratio is about 4:1, so I always learn a great deal from my writing efforts.

To my knowledge, this is the first political thriller to explore the deep well of dissatisfaction America’s citizens feel toward their government’s recent direction, as demonstrated in the 2016 election process.

The late Vince Flynn, Brad Thor, Brad Taylor, David Baldacci, Ben Coes, Daniel Silva, and Alex Berenson are masters of the political/espionage thriller. I also admire Lee Child’s Jack Reacher series, the late Robert B. Parker’s Spenser series, and most of the late Elmore Leonard’s efforts. In each case, the writing is well-research and accurate, the dialogue is crisp, and the entertainment factor is A-1. 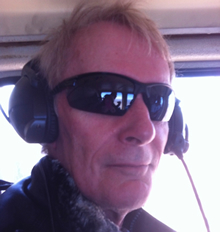 John Wayne Falbey writes techno-political spy thrillers and action/adventure novels. His debut novel, Sleeping Dogs: The Awakening, has become an international bestseller on Amazon.com and was endorsed by Compulsory Reads. He followed that up with Endangered Species, A Sleeping Dogs Thriller. THE YEAR OF THE DOG is the third book in the series. The fourth book, Junkyard Dogs, is expected to be published by early 2017.
He also is the author of The Quixotics, a tale of gunrunning, guerilla warfare, and treachery in the Caribbean. A native Floridian and former transactional attorney, Falbey is a real estate investor and developer in Southwest Florida.

He invites you to visit him on his website, where you can sign up for his very infrequent newsletter announcing publication dates, appearances, and other matters relating to the Sleeping Dogs thrillers and his other novels.