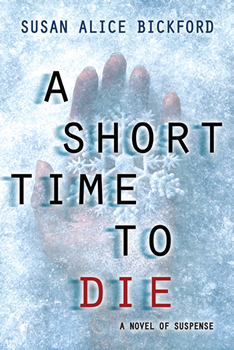 Born in Boston, Susan Alice Bickford grew up in Central New York, then moved to Silicon Valley to live a high-tech life. Not the background one might expect from a novelist, but then, Susan Bickford is full of surprises.

Her debut novel, A SHORT TIME TO DIE, is rooted in a rural community and, unlike many suspense novels, it centers on the perspective of the victim looking out, rather than that of an outsider looking in. The story starts strong, with a young woman fighting for her life against an opponent who should have been her protector. It’s one of the most intense openings I’ve read in quite a while, and the rest of the book didn’t disappoint.

Asked how she managed to pull off such a powerful beginning, Susan says, “I wanted to grab the reader by the throat right away with the initial confrontation and built up layers of action around it. The final touch was to make the physical setting vivid on every page.”

She writes almost every day, usually in the evening, and warms up with “some mental pencil sharpening to get the juices flowing.” Sometimes that means critiquing a short story or outlining her scene points. Waiting for inspiration, though, is not on the menu. She says, “When my mind is full of junk, I set the timer and do free writing without stopping. This pops the nonsense off the stack and good ideas start bubbling up.”

Let’s see what Susan has to say about her book and her career.

Congratulations on your new book, Susan! And thank you for taking the time to talk to us. Why don’t we start with a little bit about how you came to be a mystery writer?

I started off as a painter but loved narrative. Those aspirations were shelved for an exciting high tech career. Fast forward, I took a break from my lean-in job and I started writing. I couldn’t stop, even after I went back to work.

I didn’t have a voice or genre but sensed my personal path was right around the corner. Eventually I was consumed by a story about a young woman who has to escape her family—or else. Although I had little formal understanding of mysteries or thrillers, I knew had found my sweet spot.

You’ve done computer graphics and animation, and worked as an executive for a high-tech company. Did your background in technology influence your novel?

Absolutely. When Marly’s past catches up to her, she needs to have a great deal to lose. In Silicon Valley she could build a highly successful career at a very young age.

I drew heavily on my experiences of Silicon Valley culture, but technology evolves very quickly. My original plot had Marly working on “apps” in 2000. Big “oops” moment—the iPhone didn’t come out until 2007!

A SHORT TIME TO DIE is he intersection of the stories of two women: Marly, a young woman whose story takes place in the early 2000s, and Vanessa, who is working on a current-day investigation. What made you decide to weave those two stories together, and how do you think that decision made it a stronger novel?

My goal was to make the reader more knowledgeable than the characters in the novel. Vanessa learns things that Marly will never know, and Marly knows things that Vanessa will never uncover. The two stories weave around each other, headed on a collision course, but only the reader knows the whole story.

What was the inspiration for the book?

When I was fourteen, two of my homeroom classmates were brutally murdered. The murderer was never caught. I always suspected this was because my classmates were from an underprivileged community. I became obsessed with creating a future for girls who escape, make their own mistakes, and build their own lives.

As a debut author, you must have faced some challenges when writing it. What were some of them?

You only get to be a virgin once. Without formal training as a writer, the things I didn’t know vastly outnumbered the things I did. I took it one step at a time and enjoyed the journey.

Critiques were a rude awakening, but as the story improved, I grew a thicker skin. Publishing was terra incognita. Fortunately, groups like Sisters in Crime were fabulous resources where I could ask advice and learn from experienced writers. Eventually my agent, Anne Hawkins, became my guide, and the team at Kensington is fantastic.

What about marketing? Some writers say that’s the hardest part of being an author.

I schedule time every week for my social media plan, focusing on the web site, blogs, blog tours, book launch, speaking events, conferences… The team at Kensington provides a big leg up.

Richard Bach famously said that the best way to know a writer is not to meet him but to read what he writes. What does this book reveal about you and your world view?

It was not part of the plan but my personal beliefs about human nature wrote themselves into the story. There is so much in us that is weak and evil—preying on those who are easy victims for example. At the same time, we have enormous capacity for redemption and love.

Marly and her stepfather, Del, are opposite sides of the same coin. Exposed to the same crushing evil, Del succumbs but Marly thrives. Her empathy draws her to others who will step in to help her.

Is there anything else you’d like to add? Maybe some advice for aspiring and pre-published writers?

Try to savor the luxury to craft your own story in your own way and on your own timetable. Meanwhile, find reliable, competent critique partners and people who have been through this before.

See you at ThrillerFest! 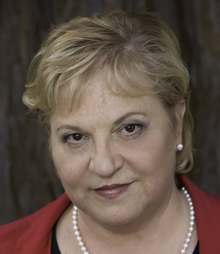 Susan Alice Bickford was born in Boston, Massachusetts, and grew up in Central New York.

After she discovered computer graphics and animation her passion for technology pulled her to Silicon Valley, where she became an executive at a leading technology company.

She now works as an independent consultant, and continues to be fascinated by all things high tech. She splits her time between Silicon Valley and Vermont.