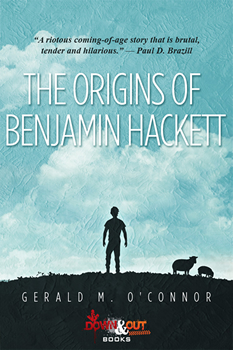 All families have secrets. Most go untold. Only the worst seem fated to return…

Benjamin Hackett has come of age, technically. And in the midst of the celebratory hangover, his world is whipped out from under his feet. His parents have finally shared their lifelong secret with him; he’s adopted.

At the age of eighteen, the boy still has some growing up to do, and with the help of J.J., his loquacious consigliere and bodyguard, he embarks on an adventure that’ll put to bed a lifetime of lies.

Over the course of five days, they find themselves caught up in the darker side of Cork. But when they sweep through the misfits blocking their way and finally discover the truth of it… now that’s the greatest shock of all.

THE ORIGINS OF BENJAMIN HACKETT is a tender tale of heartache and displacement told through a wry and courageous voice. Set in Ireland in the summer of 1996, it’s a timely reminder that the world hasn’t moved on just as fast as we fancy. Now, in this emotionally charged story, Gerald O’Connor explores conditioned guilt and its consequences in a country still hiding from the sins of its past.

Gerald M. O’Connor recently took time out of his busy schedule to answer a few questions for The Big Thrill:

I hope they learn something about the fallibility that resides within us all. Perfection is an impossible standard to strive for. We all make mistakes. But when we are the ones suffering the consequence of another’s actions, it can require a herculean effort to forgive. In short, the main message of this book is quite simple—what we spend in the act of forgiveness, we gain two-fold in return.

There is a scene in the book which takes place in Ballymaughan village. It involves a race around a square where contestants from various parishes must fight in stages. The inspiration for that scene comes from a little-known tradition in my home village of Blarney. Of course, my version is fictionalized and ridiculously violent, but if you are ever in the Castle Hotel Bar (known locally as Johnny’s) late at night, be careful if someone asks you to race!

I have always been drawn to books with unique and strong voices, especially those with a black, sardonic wit. My earliest influences were many, but I have a particular fondness for J.D. Salinger, Mark Twain, Joseph Heller and Frank O’Connor. If a book has a riveting narrator, I develop an almost casual indifference to the plot. It reminds me of the old Seanchaí tradition of Ireland, where the music and lilt of the storyteller would cast a spell over the audience. In an oral setting, people are often attracted more to the personality of those characters than the story they are telling. I experience that very same feeling when I read novels or short stories. If I hear magic in the voice, then I am hooked to the end.

“THE ORIGINS OF BENJAMIN HACKETT  by Gerald O’Connor is a raucous and riotous coming of age story that is brutal, tender and hilarious.” — Paul D. Brazill, author of A Case of Noir and Guns of Brixton. 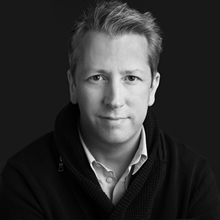 Gerald O’Connor is a native Corkonian, currently living in Dublin with his long-term partner, Rosemarie, along with their three children. He writes character-driven novels of various genres by night and is a dentist by day. When he isn’t glued to the keyboard, he enjoys sci-fi films, spending time with his family and being anywhere in sight of the sea. He is currently working on his second novel, The Tanist, which is due for completion soon.