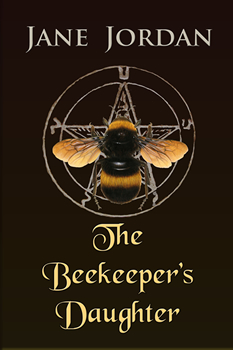 Annabel Taylor, a beekeeper’s daughter, grows up wild and carefree on the moors of England in the late 1860s, following in the footstep of her mother, a beautiful witch. Annabel’s closest friend is Jevan Wenham, the son of the blacksmith, who lives his life on the verge of destruction. His devotion to Annabel is full of twists and turns as brutality melds with deepest desire. But when Jevan is forced to travel to London to receive an education, Annabel is devastated. Then Alex—the heir to the Saltonstall legacy and son of Cerberus Saltonstall, the wealthy landowner of the foreboding Gothelstone Manor house—comes into her life.

Alex is arrogant and self-assured, although he cannot stop thinking about the outspoken girl he encounters on the road to Gothelstone. Not only is he bewitched by Annabel’s beauty, he feels drawn to her by something he can’t explain. Alex and Annabel are worlds apart socially, but that doesn’t stop him from demanding her hand in marriage. When Annabel refuses, she is forced into an impossible situation, which leads Jevan to believe she has betrayed him, regardless of the fact that her decision saves him from the hangman’s noose.

As a devastating love triangle unfolds, disturbing revelations thrust Annabel into a startling reality, where nothing is as it seems. Now both her life and Jevan’s are in danger, and her fledging powers may not be enough to save them…

I want readers to feel excited about reading this historical romance filled with intrigue and secrets, so much so, they do not want to put the book down until the end. I want readers to be happy they bought this book and ultimately want to know more about me and to ask the question: When will Jane Jordan’s next book be released?

A dark romance should be about anticipation, longing, and hope. I explore a world that is dark and mysterious as dark romance is often linked to gothic fiction and I enjoy that element. My characters are caught up in a web on sinister intentions, and that makes for a thrilling read.

This book took a lot of research to complete, and I delved into past witchcraft trials, some of which were harrowing to read. Bee Charmers are also factual and that was a fascinating piece of research. Being a writer I am always discovering new or surprising facts, which can delight me or horrify me.

In this book I show a passionate and sometimes dangerous love story, characters are pushed to the edge for love, and out of madness. I portray what life was like for the wealthy landowners and the peasants living on Exmoor, back in the Victorian period.

Anne Rice, for her gothic tension and rich prose. My favorite book is The Witching Hour. Daphne Du Maurier for her dark and intriguing gothic tales, Jamaica Inn being my favorite. Diana Gabaldon for her time travelling saga, beginning with Outlander, which does not quite fit into a single category and still proves it can be best seller. 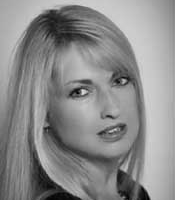 Jane was born in England, and grew up exploring the history and culture of London and surrounding counties. After some time spent in Germany in the 1990’s she immigrated to Detroit, USA, eventually settling in South West Florida.

She returned to England after a 15-year absence, to spend six years in the South West of England living on Exmoor. Here, inspired by the atmosphere, beautiful scenery, and the ancient history of the place, she began writing.

Jane is a trained horticulturist, and also spent time working and volunteering for Britain’s National Trust at Exmoor’s 1000-year-old Dunster Castle. Gaining more insight into the history and mysteries surrounding these ancient places, and having always been intrigued by the supernatural, inspiration came for her fourth novel, THE BEEKEEPER’S DAUGHTER, a supernatural thriller.

Jane Returned to Florida in 2013, and lives in Sarasota. To learn more, please visit her website.