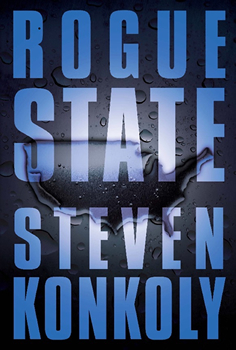 In a future California ravaged by drought and on the brink of political upheaval, a high-profile assassination triggers a cascade of violence and sabotage facilitated by the highest levels of power. Nathan Fisher, an unassuming government employee, is drawn into the unraveling conspiracy after accidentally witnessing a suspiciously timed clandestine military-style operation.

Pursued by Mason Flagg and the sinister Cerberus organization, Nathan and his embattled family—accompanied by tough-as-nails Marine David Quinn—make a desperate run across the blasted wastes of the western United States, seeking sanctuary in Nevada.

Woefully outmanned and outgunned by a cadre of ruthless Russian mercenaries enlisted by Flagg, and closely pursued by the drug cartels that rule the ravaged Southwest, the Fishers need some serious help to survive…but at what price?

Author Steven Konkoly recently took some time out of his busy schedule to discuss his latest thriller, ROGUE STATE, with The Big Thrill.

First and foremost, I hope readers are thoroughly entertained! That said,ROGUE STATE, book two in the Fractured State series, expands the scope of the political and corporate conspiracy to control the flow of natural resources to one of the largest economies in the world, California. Set in the very near future, the book explores the distinct possibility that the current drought in the southwest United States will not improve over the next few decades, and the situation could deteriorate even further at the hands of a few unsavory characters.

ROGUE STATE blends strong technothriller elements with an inescapable conspiracy and relentless street-level action. At the heart of the book, an innocent man and his family are thrust into a hopeless situation, forced to rely on uncertain allies to survive from one minute to the next. Readers will breathlessly follow Nathan Fisher’s footsteps, unsure what will hit them next.

Researching the impact of the drought on California and the greater southwest United States was an eye opening experience on many levels. The situation is dire today, with many water reservoirs like Lake Mead and Lake Powell at historic lows. I especially found research into the Colorado River Compact to be fascinating. Seven states signed a treaty in 1922, to allot water from the Colorado River to each state, and Mexico. When the compact was signed, California’s population was roughly 4 million…today, close to 40 million people call California home. As you can imagine, the explosion in population was not predicted or taken into account when the compact was signed, and presents significant challenges today.

The story has co-protagonists. Nathan Fisher is more of a regular guy who wouldn’t last very long on the street against the kind of black ops mercenaries sent to silence him throughout the series. He’s an engineer and dedicated family guy, who likes to tinker with technology. Luckily for Nathan, he has an unwitting guardian angel in David Quinn, a Marine captain and close friend of the family. The two create a formidable team when pushed against a wall. 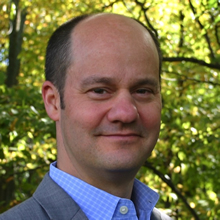 Steven Konkoly is the bestselling thriller author of twelve novels and several novellas. His canon of thrillers includes: Fractured State, the first novel in a “24-style” conspiracy trilogy set in the southwest United States; the Black Flagged books, a gritty, no-holds barred covert operations and espionage saga; and The Perseid Collapse series, a tense, thriller epic chronicling the aftermath of an inconceivable attack on the United States.

Steven graduated from the United States Naval Academy in 1993, receiving a bachelor of science in English literature. He served the next eight years on active duty, traveling the world as a naval officer assigned to various Navy and Marine Corps units. His extensive journey spanned the globe, including a two-year tour of duty in Japan, and travel to more than twenty countries throughout Asia and the Middle East.

From enforcing United Nations sanctions against Iraq as a maritime boarding officer in the Arabian Gulf, to directing aircraft bombing runs and naval gunfire strikes as a Forward Air Controller (FAC) assigned to a specialized Marine Corps unit, Steven’s “in-house” experience with a wide range of regular and elite military units brings a unique authenticity to his thrillers.

He lives with his family in central Indiana, where he still wakes up at “zero dark thirty” to write for most of the day. When “off duty,” he spends as much time as possible outdoors or travelling with his family—and dog.