WHO WILL WRITE THE BOOK OF LOVE? 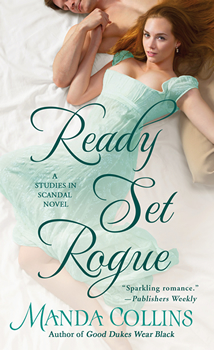 When scholarly Miss Ivy Wareham receives word that she’s one of four young ladies who have inherited Lady Celeste Beauchamp’s estate with a magnificent private library, she packs her trunks straightaway. Unfortunately, Lady Celeste’s nephew, the rakish Quill Beauchamp, Marquess of Kerr, is determined to interrupt her studies one way or another…

Bequeathing Beauchamp House to four bluestockings―no matter how lovely they are to look at―is a travesty, and Quill simply won’t have it. But Lady Celeste’s death is not quite as straightforward as it first seemed…and if Quill hopes to solve the mystery behind her demise, he’ll need Ivy’s help. Along the way, he is surprised to learn that bookish Ivy stirs a passion and longing that he has never known. This rogue believes he’s finally met his match―but can Quill convince clever, skeptical Ivy that his love is no fiction?

I think this story has a place in both the tradition of the Agatha Christie English Village murder mystery, as well as in the vein of historical romantic suspense such as that of Amanda Quick and Stephanie Laurens. Because I cut my reading teeth on both mysteries and romances, my favorite novels combine the two and the very best have a bantering couple working together to solve a murder. I hope READY SET ROGUE compares favorably to other books in this vein.

I don’t think I’d realized when I first started writing just how common poisoning was as a method of murder in 19th Century England. Because cyanide, strychnine and arsenic were readily available in dozens of consumer products they were often the go to. But for my murder weapon, I chose a substance that was known for it’s homeopathic benefits as well as it’s dangers: aconite. Poisoning, in general, however was definitely a go to for murderers who wished to remain undetected.

I chose to set this new series on the south coast of England, which remains one of my favorite locales in the world. Not only does it boast rolling green countryside and breathtaking seascapes, but it also has a history of smuggling, cliffside caves, and legends of ancient magic. All three of which will play a role in the Studies in Scandal series. Hopefully I do justice to the beauty of the landscape as well as telling an exciting story that will make readers want to go see the area for themselves.

“Romance and mystery are equal partners in this engaging instalment.” — Publisher’s Weekly 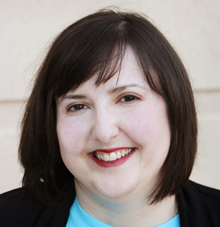 Manda Collins grew up on a combination of Nancy Drew books and Jane Austen novels, and her own brand of Regency romantic suspense is the result. A former academic librarian, she holds advanced degrees in English Lit and Librarianship. Her debut novel, How to Dance with a Duke, spent five weeks on the Nielsen Bookscan Romance Top 100 list, was nominated for an RT Reviewer’s Choice Award for best debut historical romance, and finaled in the Gayle Wilson Award of Excellence contest. Both How to Entice an Earl and Why Dukes Say I Do were selected for inclusion in Eloisa James’s Reading Romance column. She resides in coastal Alabama with three cats and a very spoiled dog.

To learn more about Manda, please visit her website.