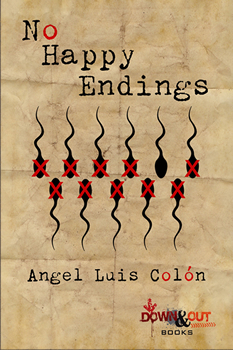 Fantine Park is not the woman her mother was—she’s certainly not the safecracker her mother was either. Hell, she’s not much of anything useful these days. Fresh off parole after a stint in the joint for a poorly thought out casino robbery, Fantine finds herself confronted by an old partner of her mother’s and right back in the thick of it.

Unfortunately, the man dragging her back to the life she left behind, one Aleksei Uryvich, is a complete bully and an idiot—content to believe he can get anything he wants with his brutish nature and the threat of a bullet for Fan’s elderly father, Jae.

The score: semen. Yes, semen. Gallons of it. Particularly, the genetic man-batter from supposed Ivy Leaguers and other elite. The material nets top dollar from Asia, and Aleksei is foaming at the mouth at the profit potential.

The plan: there is no real plan. Fantine has to get it out of Evensight Storage; a sperm bank situated right by the Battery Park Tunnel in Manhattan. A place barely anyone but a sad sack with an empty sack sees the inside of on a day-to-day basis.

There’s no guarantee anyone involved in this mess is getting out alive, especially when Fantine finds herself face to face with the psychopath known as O Leiteiro—The Milkman.

I’m a fan of subverting expectations, especially with a premise as utterly ridiculous as NO HAPPY ENDINGS—a sperm bank heist. If I can get the reader past their initial flinch and become truly invested in the characters, then I feel the story is a success.

I’m a firm believer that we sometimes need to poke fun at our genre to convey its faults. From there, we find opportunity to enhance and approach time-tested tropes with a fresh eye. I won’t pretend thatNO HAPPY ENDINGS accomplishes that on its own but it was certainly written with that idea in mind; how often do we get heist stories that follow the same beaten path? Where can we break off and sew a new limb to this old body? In my mind, that helps the genre evolve and grow.

This was initially going to be a very madcap, bizarro comedy with more attention paid to shocks and thrills than character. As I got to know my cast, though, I really began to work towards making them believable and worn-in. That I could shift focus so quickly really surprised me.

This story is about truly becoming an adult. Where we find ourselves at that point in life where we can’t be anchored to what came before us and what we were already taught; when we need to take steps nobody has prepared us to take. 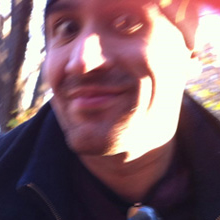 Angel Luis Colon is the author of The Fury of Blacky Jaguar,NO HAPPY ENDINGS, and the in-progress short story anthology Meat City on Fire (and Other Assorted Debacles). He’s an editor for the flash fiction site Shotgun Honey, has been nominated for the Derringer Award, and is published in multiple web and print pubs such as Thuglit, Literary Orphans, All Due Respect, The Life Sentence, RT Book Reviews, and The LA Review of Books. He’s also currently repped by Foundry Literary + Media. Keep up with him on Twitter via @GoshDarnMyLife.

To learn more about Angel, please visit his website.