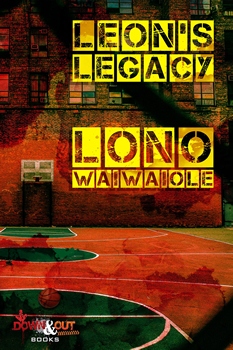 Lono Waiwaiole is the author of the successful Wiley series. Set in his adopted city of Portland, each book has been inspired by an actual event: the murder of a stripper launched Wiley’s Lament, the murder of an upper-class executive by a pimp became Wiley’s Shuffle, the murder of a Portland blues musician turned into Wiley’s Refrain, and the biggest drug bust in the history of the Big Island of Hawai`i was spun into Dark Paradise. But when it came to his latest instalment, the prequel LEON’S LEGACY, Waiwaiole draws on his personal experience as a teacher and coach to pay tribute to another tragic Portland crime.

LEON’S LEGACY addresses what must have happened to Wiley and Leon after their high-school collaboration to put them in their respective places twenty years later. Waiwaiole talks to me about his characters, the inspiration behind the series, and the places that motivate him.

LEON’S LEGACY is the prequel to your award-winning Wiley series. When writing the series did you always intend to go back in time?

The fact that the two protagonists met as hoopers during high school is referred to in all three books, so I guess it was natural to wonder what that meeting was like. At the same time, I started wondering if it would be possible to introduce the series to younger readers by putting the characters in high school.

How have Leon and Wiley developed from LEON’S LEGACY to the later entries in the Wiley series?

Wiley came first, and the idea for his character was sparked from a story in the Portland newspaper. The report said the nude body of a young woman was found in the dumpster behind a strip club during the night. I immediately saw her as somebody’s daughter, probably because I was the father of a young woman myself at the time. I began to wonder what kinds of things must have happened to put her in a strip club dumpster, and what it would be like to be her father and to get this kind of news.

Leon came second, and I felt a need for him because Wiley had been off the rails of his own life for quite a while when this happened (it wouldn’t have happened otherwise, right?) and was more than a little dysfunctional. I saw Leon as an old friend who was the polar opposite. Then I gave him an incentive close to equal to Wiley’s—he had been in an affair with the daughter, which was responsible for her estrangement from her father in the first place—and then pointed them at the bad guy and just got out of the way.

What kind of research do you have to do to make these stories so realistic?

All four of my previous books were built from the foundation of something that really happened. These events provide a realistic frame to work within from the start, but they weren’t difficult to discover—they all jumped out at me from the local news media. Same thing with the bad guys: the prototypes for the villains in Shuffle and Refrain, for example, came right out of the newspaper.

I think the motivation for LEON’S LEGACY began long before I started writing the series, when one of the players I coached was killed by a gangbanger who thought he was shooting someone else. LEON’S LEGACY is a tribute to that player.

Hawai`i is a major feature about your writing. What is it about the island that compels you to set some of your stories there?

My father was a full-blooded Hawaiian, but I was not raised by him or in Hawai`i so I had almost no practical connection to that ethnicity. I gave Wiley that same history and made it part of his dysfunction—he has stuffed feelings of loss around this issue for his entire life when we meet him, but one of the things that happens over the series is he slowly begins to fill in those blanks. I finally got to live in Hawai`i for the first time shortly after Wiley’s Lament came out, and my two years on the Big Island made it possible for me to set the third book of the series there.

But Leon’s Legacy is set in Portland.

I moved to Portland right before my senior year in high school and have lived in the area almost all of the time since. It’s an interesting place in a lot of ways—for one random example, we lead the nation in strip clubs per capita. That doesn’t exactly square with our national reputation, but it is truly of a piece with the city’s red-light history.

Are we going to get another Wiley book or is this the final book in the series?

I am writing the next book in the series now; Wiley’s Return should be finished by the time this interview is published. That might be the end, although I may write another book somewhere in the gap between LEON’S LEGACY and Wiley’s Lament. Beyond that, I am partway into what could be a new series featuring Sam Adams, the police detective from the Wiley series. One of the reasons the Wiley series has to end soon is the age-old problem of creating endless believable scenarios for regular people—police detectives don’t have that problem. 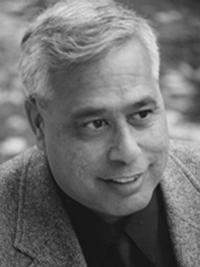 Lono Waiwaiole is the only half-Hawaiian writer of noir crime fiction in the world. His four novels include Dark Paradise, an examination of the underside of his ancestral homeland published by Dennis McMillan in 2009 and still the harshest light ever brought to bear on that topic. He writes full-time (now that he’s too old to do much of anything else) in his adopted home of Portland, Oregon. He was previously a newspaper and magazine editor, a high-school teacher and basketball coach, and a professional poker player. Leon’s Legacy is a prequel to his three Wiley novels — Wiley’s Lament, Wiley’s Shuffle and Wiley’s Refrain.

To learn more about Lono, please visit his website.