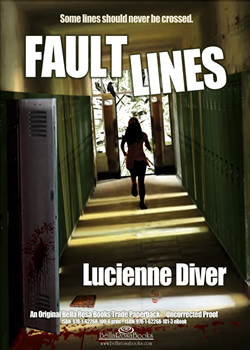 Lisa had changed, pushing away everyone close to her, even Vanessa. She had quit soccer. Started wearing dark and dismal clothes. She refused every offer to talk and suffered whatever she was going through in silence. Now she’s really gone. Suicide they claim, but Vanessa knows that isn’t right. It can’t be.

Vanessa blames herself for letting Lisa chase her off. She wants answers so that she can put to rest the rumors surrounding Lisa’s death, and so that she can move on, heal. But Lisa left no note and the journal she was always scribbling in—which might tell all—is mysteriously missing.

As Vanessa struggles to come to terms with the loss of her friend and to reconstruct the last months of Lisa’s life, someone calling themselves “Poetic Justice” begins taking revenge against those he or she thinks drove Lisa to suicide. Everyone at school believes Vanessa is this mysterious “Poetic Justice.” It’s easy to blame the former best friend, and Vanessa makes an obvious target.

Struggling with her own guilt, Vanessa is determined to ignore the threats and allegations aimed her way. But as the Poetic Justice’s vengeance takes a darker turn, retaliation against Vanessa begins to escalate, from cyber bullying to violence, putting both her and the little sister she adores in the line of fire. To protect them both, she has to find out who’s behind the attacks before things turn deadly. And hope she can survive the truth.

Lucienne Diver recently took time out of her busy schedule to discuss FAULTLINES with The Big Thrill.

This book is about so many things, but especially suicide and what happens to those left behind. It also deals with the cycle of violence, bullying, people being cowed into silence… I hope that readers will see themselves in my characters who decide to make stands and that they’ll be inspired to do the same. I hope that anyone who thinks that suicide is the answer will think again and to realize that they are loved and that there is help.

I don’t read a lot of non-fiction unless its research for a novel. I do, however, love learning when I read and being challenged to really think and examine things from other angles. I love being shown another perspective I might not have considered. I hope that here I’m contributing a tense, page-turning thriller that also makes people think, maybe even act a little differently—not staying silent or giving up on someone because it’s easier than risking yourself.

Every author I’ve ever read has influenced me in some way. I grew up reading the gothics—everything from Edgar Allan Poe, which certainly comes across in the book, to Mary Stewart and Phyllis Whitney. In addition, I read thrillers by Eric Van Lustbader, Tom Clancy, John Sandford, noir and other snarky mysteries, science fiction (often also containing mysteries like the Robots novels by Isaac Asimov), fantasy, romance. You name it, I read it. I’m especially drawn to the gothics, though. That sense of menace and not knowing who to trust, the lurking danger. The chills. 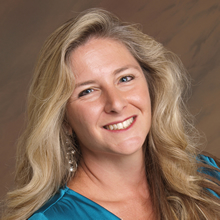 Lucienne Diver writes the Vamped series of young adult novels (think Clueless meets Buffy the Vampire Slayer) and the Latter-Day Olympians urban fantasy series. Her short stories have been featured in the Strip-Mauled and Fangs for the Mammaries anthologies edited by Esther Friesner (Baen Books), the Kicking It anthology edited by Faith Hunter and Kalayna Price (Roc) and the Rogue Mage anthology (Bella Rosa). Her essay “Abuse” appeared in Dear Bully: 70 Authors Tell Their Stories (HarperTeen). FAULTLINES is her first young adult thriller, though certainly not her last.

To learn more about Lucienne, please visit her website.