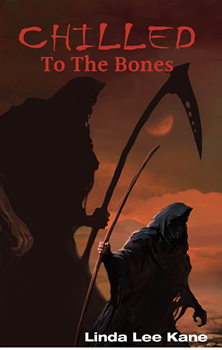 In her latest novel, CHILLED TO THE BONES, author Linda Kane takes her readers on an adventurous and chilling ride through the small town of Setauket, New York where four high school friends find themselves embroiled in a historical mystery more than a century old. Secret codes, murder, and lurking evil lead them almost to the point of no return.

The Big Thrill recently caught up with Kane to learn more about this thrilling new story.

What location and time period is your story set in and why did you choose it?

CHILLED TO THE BONES is set in today’s time period but has a ghost and a demon from the American Revolutionary War. I choose the time period because in all of my books I have some history that I think is important to impart to people. In this one I have Tallmadge’s code for the Culper spy ring and Agent 355, a female spy who was instrumental in capturing Benedict Arnold. Most people don’t know the important role that women played in the War.

Who is your main protagonist and what has their journey been like?

My main protagonist is Dealer, an ancestor of Robert Townsend who was believed to have been the father of Agent 355’s baby. Dealer has had a bumpy road. Simcoe caused an accident that killed Dealer’s mom. Her father has a drinking problem and this gives Simcoe an opportunity to acquire the farmland of one of the relatives of the Culper Spy Ring. Dealer is a fighter, she has spunk, and with her friends she tries to save the town of Setauket, New York.

What is the overall theme of your story?

The overall theme would be to never give up, and never give in. Also, that history repeats and if you’re not aware of the past, you’re destined to repeat the mistakes that others have made before you.

It is a mystery thriller regarding the American Revolution, the spies that fought for America, and the kids of the era that fought to save their family’s homes and helped to discover a hidden treasure left by the British.

I had never known about the part that women played in helping in the American Revolution, nor had I ever heard of Agent 355, a female spy that brought down Benedict Arnold.

I hope to entice more young adult’s to read more, to gain knowledge of history, and to fight for what they believe in. 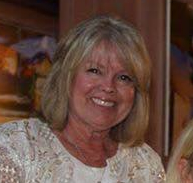