Setting His Sights on Seattle 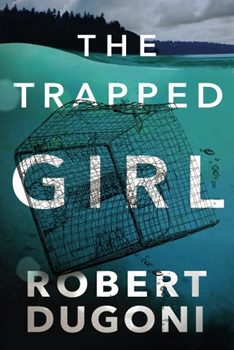 I’ve always admired science fiction writers, authors who not only create compelling characters, but compelling settings from whole cloth. Creating an entirely new world with never before seen locations just seems beyond my abilities. If I haven’t seen a location, smelled it, heard the unique sounds, I feel like I haven’t done my research, and I just can’t seem to put my characters there. They won’t go. It’s as if they’re telling me, “If you’ve never been there, how can I be expected to live there?”

So when I moved from San Francisco to Seattle in June, 1999 I knew I’d have to pack up my characters and take them with me in the moving van as I left my City by the Bay for the Emerald City. David Sloane, my lawyer protagonist, uprooted his legal practice for the love of a woman (as did I) and drove across two states to start a new life in Seattle (as did I).  I moved into my wife’s grandmother’s home in the Montlake District not far from the University of Washington. I like to tell people I became George Costanza from the Seinfeld sitcom. “Hi, I’m Bob. I’m unemployed and I live in my wife’s grandmother’s home.” (That home by the way, became Dana Hill’s home in my second novel, Damage Control).

David Sloane, however, moved to a white colonial in an isolated and little known beach community on Puget Sound called Three Tree Point.  Each night, Sloane drifts to sleep listening to the soothing sound of waves pounding the rock beach, and awakes to a parade of Salmon boats fishing for King Salmon and bald eagles nesting in the three trees at the southern point. He looks out across the sound to Vashon Island, and occasionally sees a seal lift its head, or a porpoise’s dorsal fin rise from the blue-gray waters. On even rarer occasions, he’s seen the spouts of a pod of orcas on their way to the San Juan Islands. So have I.

Not wanting Tracy Crosswhite, my Seattle Homicide Detective, to feel cheated, I had her move from the North Cascades to a home on Alki Point in West Seattle. This is where Puget Sound meets Elliot Bay, and if there is a more beautiful view, I have yet to see it. The Ferries, as much a part of Seattle as the cable cars are part of San Francisco, run east and west between the islands and the ferry terminals, and the blue water appears to lap against the downtown skyscrapers of the Emerald City. At sunset, the sun reflects a golden glow, as if every one of the thousands of windows reflects a nearby fire. In the far distance, the snowcapped Olympic Mountain peaks encircle the west, and to the South, the booming presence of Mount Rainier rises to the clouds, dwarfing everything surrounding it.

I have spent time crabbing on Puget Sound and hiking Mount Rainier. On weekends, my wife and I have met friends for breakfast in the many restaurants along Alki Point. I remember thinking, as we traveled, wouldn’t it be cool to set a novel in both these locations.

Then I did. I wrote THE TRAPPED GIRL. 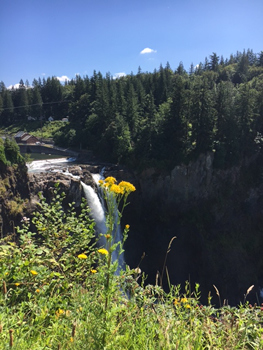 Alki Point, with its iconic light house and buildings – stark white with red tile roofs – are a sharp contrast to the blue waters and were easy to incorporate into the story. I put Tracy’s home just up the hill from the beach, and frequently had her and her boyfriend, Dan, run along the beach promenade, or stop for coffee or a casual dinner in one of the restaurants. Could I put a crime there? One of my homicide contacts asked if I’d ever heard the story of the woman found in the crab trap. I was hooked.

Mount Rainier, however, was going to be more problematic. There may not be another site in the Puget Sound region so awe inspiring, majestic, and terrifying as Mount Rainier. The mountain rises to more than 14,000 feet, with acres of glaciers and crevasses. Thousands attempt to scale its summit in the window of opportunity each summer presents. Only 50 percent are successful, and every year some don’t make it down, lost in the crevasses or covered by avalanches. The mountain is so enormous that Native Americans living in the region spoke of it as if the mountain was alive. Seattleites continue that tradition. On clear days, when the mountain is visible for hundreds of miles in every direction, you will hear people say, “The mountain is out.”

So I spoke to five different experts who’ve climbed the mountain and each of these experienced climbers posed the same difficult question. “Why would your detective go up there?”  Not only is Rainier not in the Seattle Police Departments  jurisdiction, one does not just climb the mountain on a casual hike. After three months noodling on this problem I finally did what so many writers have done – I abandoned the idea of Tracy climbing the mountain.  However, I found another person who would have reason to do so, and put all those months of research to good use.

As beautiful as the Pacific Northwest can be – I often tell people God vacations here in the summer but gets the hell out before the long winter hits – it can also be inhospitable. We experience four seasons, and while Seattle tends to skirt the harshest weather, snowstorms do blow through, winds do blow strong enough to knock out power and knock down trees, and the rain – ah, the familiar rain, can fall in buckets for days. My characters live in these blizzards, blinding rainstorms and yes, even uncomfortably hot weather. Last June Seattle set a record for the number of days over 90 degrees. The weather allows me to play with my settings and to use them as obstacles my characters must overcome. How does one get through a foot of snow in the Cascade Mountains? Not very easily. How difficult is it to see and to hear in a blinding rainstorm? Very.  What happens to people’s tempers and their tolerance when they’re not accustomed to multiple days of 90 degree plus weather and no air-conditioning? Tempers snap. What impact does darkness have on a rainy crime scene? One can practically envision the mystery writer wringing his hands and laughing sadistically. So much to play with. 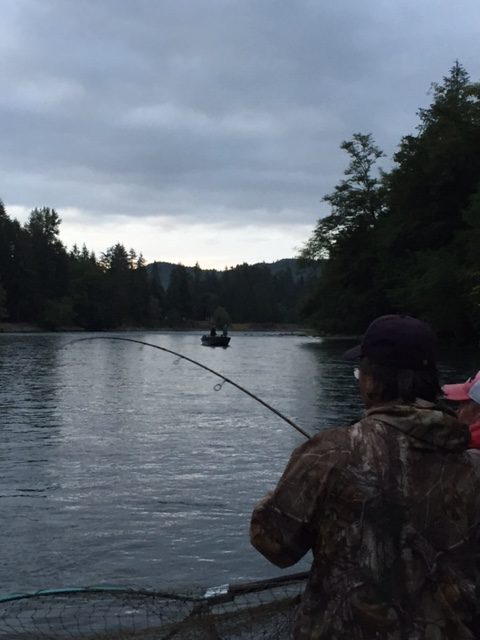 Cowlitz River, a tributary of the Columbia River.

So amidst all this beauty, a darkness that has nothing to do with the time of day, lingers. A homicide detective once told me the reason 50% of the world’s serial killers come from a 200 mile radius around Seattle – The Green River Killer, Ted Bundy, and Robert Pickton to name but a few, is because there are so many ways to dispose of a body. Chilling. You have the immense bodies of water such as Puget Sound, Lake Washington, and Lake Union. You have mountains, streams, rivers, creeks and bogs. You have hundreds of square miles of forests, sparsely populated farm land, and abandoned mine shafts and caves. People who say Sasquatch doesn’t exist have never spent time in the vast and forbidding Pacific Northwest Mountains.

The Pacific Northwest is a mystery writer’s dream, and I’ve pulled out all the stops in my Tracy Crosswhite series, including the chilling scenes in The Trapped Girl.