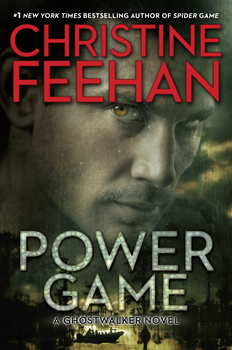 Often the challenge of fiction is staying grounded in reality while you stretch the possibilities of “what if” to the extreme without the reader questioning it.

My Ghostwalker series includes romantic suspense, military and paramilitary groups, and both science and science fiction, all wrapped in an action/adventure story with paranormal elements.  And though the series pushes the envelope on both military and science, I often receive letters from both asking how someone without a background in either could write something so realistic.  I would love to say I’m just that good, but the truth of it is, I consult experts who know much more than I do about such things and I research to such a degree as to border on obsessive.

My Ghostwalker series has included everything from cloaking devices to sonic weapons, from genetic experiments to breeding programs.  Soldiers who show some slight psychic talent are put into a program to magnify that talent, an experiment that often results in far more than anyone could imagine.

My most recent Ghostwalkers are currently located in the Louisiana Bayou outside of New Orleans.  The bayou is interesting on many fronts.  The Stennis Space Center nearby is a covert training area for U.S. Navy SEALS.  The Center is actually located in Mississippi, but you can access it through the Louisiana Bayou if you know how.  Or if you know the right people.  Since many of my Ghostwalkers continue to work for the government, I thought Stennis would be the perfect place for them to be trainers. 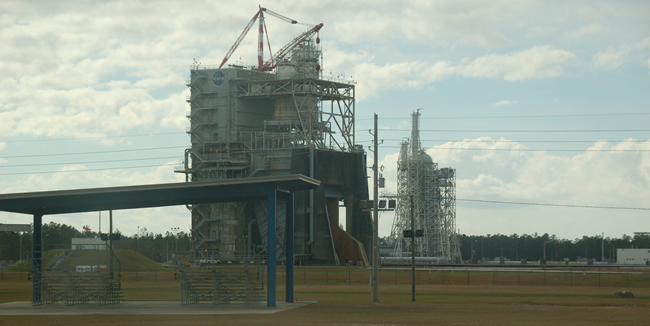 Finding out details about Stennis isn’t easy.  Yes, you can find out a lot online, but the details that help put readers into the book are the things Google can’t give me.  So, I set out to Louisiana to learn first-hand about the bayou, the people who live there, how they live, and what it’s like getting close to Stennis via the water.

New Orleans itself is a marvel of diversity on every level you might imagine.  Its people, cultures, religions, socio-economics, it is pockets of beauty, sadness, history, pride, struggle, hardship, and strength.  And you might see all of it walking the length of a single road or avenue.  You walk by a restaurant and smell the gumbo, fish, or maybe pastries, turn the corner and your nose is assaulted by wafting urine, stagnate water, or moldering trash.  I’ve grown to love this city, its people and its variety.

Since my characters do come into the city, I spent time there talking to locals, going to places they recommended, not  just the tourist haunts.  I took tour after tour learning about history and the evolution of the city after Katrina.  Then, I found my way to the bayou, where I brought a group of people to help me take notes, pictures and discuss what life might be for these characters.  We took a tour with Captain Neil Benson of Pearl River Eco Swamp Tours to see the swamps, wildlife and exactly how close we could get to the military training base (hint: not close).

We were also honored to receive a VIP tour of NASA’s Stennis Space Center which was exciting.

The idea is that research helps ground you in reality while you stretch it into fiction until it’s tough to tell the two apart.  Readers want to feel they’ve learned something, felt something, experienced something, and it’s up to the author to give them as much of reality as possible while nestling them back in the shadows of fiction where often the best stories are told.