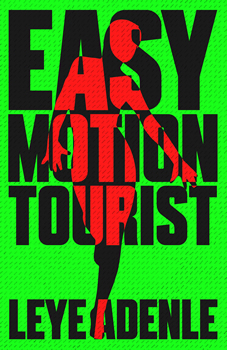 Nigerian writer Leye Adenle has a pretty impressive pedigree. His grandfather, Oba Adeleye Adenle, was a writer and a king of Oshogbo in northwestern Nigeria, and Leye is named after him. He is also an actor and featured in Ola Rotimi’s wonderfully titled Our Husband Has Gone Mad Again.

A strong new voice with a different perspective, Leye has written a variety of short stories, and recently released his debut novel, Easy Motion Tourist, set in Lagos. One of his stories appears in the recently released Sunshine Noir collection, and several can be read on his website.

I met him at the Theakston’s Old Peculiar Crime Writing Festival in Harrogate this year, shared a great panel on Murder Out of Africa with him, and had an opportunity to ask him about his darkly intriguing EASY MOTION TOURIST.

Would you tell us about yourself and how you came to write EASY MOTION TOURIST?

The idea came from a conversation with my mum and two of my brothers. We were discussing and debating the many dead female bodies that turn up mutilated and naked on highways where they’d been dumped after their organs had apparently being harvested for use in magic rituals. We were discussing the tendency for the victims to be labeled prostitutes, even if no investigations are carried out. Why do the bloodthirsty gods prefer sex workers?

Your publisher—Cassava Books—describes Lagos as “sleazy but sexy” and your book certainly shows us that. Is that how you see the city, or is it just that aspect that leads into your story?

There are sleazy and sexy places in London, Kiev, Paris, Cape Town, Bangalore, Sofia, and many, many more lovely places I’ve visited. Emphasis here is on lovely, because every one of those cities (and I imagine the same is true for the hundreds of cities I’m yet to visit), have been truly lovely, maybe because I went to the lovely parts; the places tourists are taken to, where they would feel happy and comfortable to spend their tourist money. Lagos is beautiful and sleazy, sexy and unforgiving, pious and philandering, holy and evil, just like any other place in the world.

But Lagos seems to have prostitution not only as the oldest profession but also one of the largest, at least for women. Is that a fair deduction, and if so, what are the reasons behind it?

I am not aware of any study that indicates there is a higher prevalence of sex work in Nigeria compared to any other place, and even if such a study existed that compared sex work across countries I’d be suspicious of the graphs and other info diagrams they produce. Prostitution is to humans what licking genitals is to dogs. It’s got nothing to do with geography or religion, or even wealth. Maybe the pull factors differ from country to country, economy to economy, but there would always be demand for the service, and the supply of the service itself further creates its own demand. I would love to study the economics of sex.

Murders for human body parts for black magic play a role in your book, and one of your characters recounts a horrifying actual case. How widespread are these practices in Nigeria?

Without actual statistics, I can only go by what makes it onto the news and it seems, quite worrisomely, to be quite widespread. Desperate people do desperate things. Their pastor tells them to not to drink water for seven days and they dehydrate for a week. The pastor says, give me your tithes times ten and you will receive a miracle you have been waiting for this week, and they go and steal from their bosses to pay God. The juju man says bring me a virgin girl’s head and I will make you rich, and a poor desperate man is turned into a determined killer. 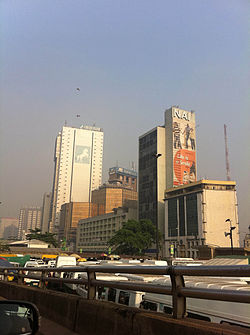 Your protagonists are Guy and Amaka. Amaka is working to at least keep prostitutes relatively safe, while Guy is the ‘easy motion tourist’ from England—a wannabe reporter and way out of his depth. They make an unlikely couple, but they support each other. Why did you decide on those two main players? And then having Guy tell his part of the story in the first person?

First came the plot, then the characters. Amaka came first, it is her story, then Guy, to tell it. Guy is a first time visitor to Lagos. He experiences the city firsthand and for the first time, and so we are interested in his reporting of what he sees, what he smells, the heat of the sun on the back of his neck. His naiveté while dealing with the Nigerian police. His first spoon of goat pepper soup. His white privilege dissolving into white disadvantage in a place where being white could be dangerous in the wrong circumstances. He has a narrative voice because it’s efficient in sharing his subjective view of what he experiences.

Inspector Ibrahim is an interesting character. He accepts the way the police work, with corruption as part of the package, yet he’s smart and attempts to do his job as well as possible. Does he reflect the way the police are forced to operate in Lagos?

Nigeria is full of people who genuinely want to do good. I have a police officer friend who once told me he had never collected a bribe for himself. He had received money meant as bribe, but on behalf of people above him who did not share his qualms over taking bribes. But not my friend. He goes to Church every Sunday, he attends an overnight spiritual retreat every month, and he pays his tithe on time every time he gets paid (which is not every month). His pastor owns two private jets and a private university. 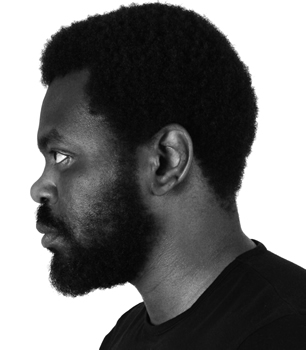 Nigeria has an impressive literary history. Which local writers influenced you the most?

I read Amos Tutuola’s Palm Wine Drunkard very early in life and I was amazed and enthralled by the use of deliberately ungrammatical English to tell a beautifully magical story. Later in life I would read everything written by Chinua Achebe. If any one book made me want to write, it would have to be a book my mother read to me while I was still a tenant in her womb. I think books and authors have influenced me to want to write, but I cannot say this writer or that writer has influenced my writing more than these writers or those writers. There’s probably a bit of everything I’ve read in everything I’ve written.

Apart from the sequel currently named, and this is a world exclusive, When Trouble Sleeps, I am trying to make time to revisit the first draft of a sci-fi/fantasy/magical realism 70,000 word manuscript I wrote last year. I had a lot of fun writing it because I knew that the entire novel was one big riddle and I alone knew the answer. I chuckled or smiled anytime I dropped another hint for my unsuspecting future reader. The manuscript is currently, and very unimaginatively, titled The Magician’s Child.