Twas the night before Christmas and all through the house, not a creature was stirring—cuz everyone was dead, yo!

For most people, Christmas is a time to share cookies, yuletide cheer, and kisses under the mistletoe. That all sounds lovely, but not everyone adores sipping on hot cocoa while watching a Charlie Brown Christmas with the kids. For those who prefer their holiday spirit dashed with murder and mayhem, thriller writers have found plenty of ways to conjure up some frights amongst the good cheer. 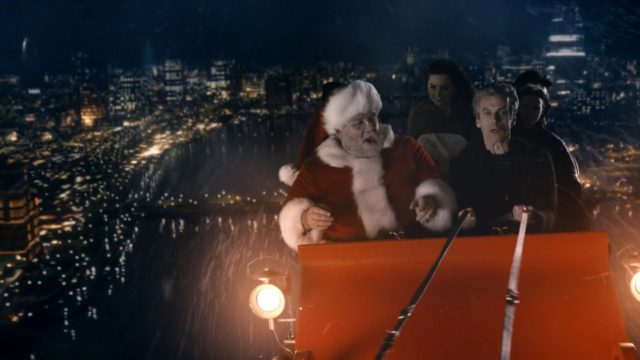 Perhaps even more so than Halloween, the Christmas season plays into the psychology of really great horror. Travel, extended visits from family, the ever-growing pile of expenses and bills—the simple chaos of the season can leave us vulnerable, on edge, susceptible to irrational fear. Suddenly the idea of that Elf on the Shelf coming to life and exacting murderous revenge doesn’t feel so far-fetched. (Seriously, that guy is creepy.)

A simple Google search will net dozens of books about Krampus, the half-demon, half-goat mythical creature that takes care of Santa’s “Naughty List” by doling our punishment far worse than lumps of coal, and last year’s Krampus movie fared not too shabby at the box office. Admit it, you’ve dreamed of sending a special breed of holiday cheer to that former high school bully, the “best friend” that stole your guy, or that creep at the office who steals your lunch.

Thriller writers feed off that, and according to book sales and publisher promotions, Ho Ho horror and yuletide mysteries are a hot commodity throughout the holiday season. Chantel Williams, an employee at Coles Books in Edmonton, Alberta, says while her shelves are obviously stocked with the classics—Dickens, Dr. Seuss, and Clement C. Moore’s The Night Before Christmas, to name a few—there are quite a few titles that skew more toward mystery and suspense, such as those by author Joanne Fluke, a staple at her store.

“Everyone is always so cheery and over the top joyful at this time of the year, so what better way to do so than with a thriller or mystery book that’s a little darker?” Williams says. 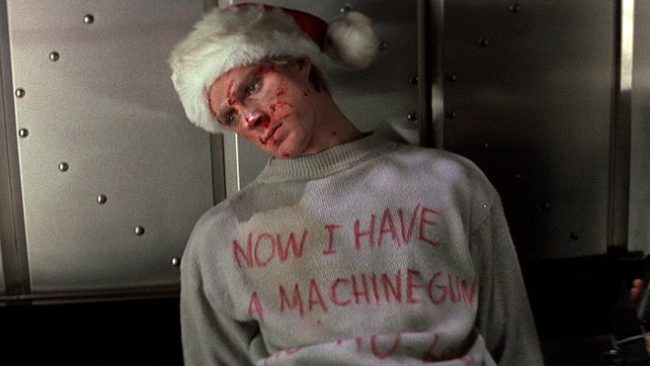 The king of all Christmas thriller films: “Die Hard”

For these readers, there are plenty of options. Masters of the genre have produced some delightful stories of murder and mayhem—James Patterson put his hero in danger on Christmas Eve in Merry Christmas, Alex Cross; Robert B. Parker’s Silent Night explores a threat at a homeless shelter over the holidays; and more than one of J.D. Robb’s In Death series takes place during the festive season.

Barbara Peters, owner of The Poisoned Pen bookstore in Phoenix, Arizona, says each year there is a focus on some kind of holiday-themed crime fiction, such as this season’s selection, Mistletoe Mystery and Other Stories by P.D. James.

“More often this falls into traditional mystery than thriller,” she says.

Key example: stories that take place in quaint towns such as fictional Rudolph, NY, the setting of Vicki Delaney’s holiday cozy, We Wish You a Murderous Christmas. As she says in her The Big Thrill interview with Wendy Tyson last month, “I think people simply enjoy getting away from some of the tragedy and angst of the world and connecting with characters they can relate to and going places they’d love to visit.”

Because despite what Hallmark would have you believe, there’s perhaps no more any “angsty” time of year than the Christmas holidays.

“Holidays are not all joy all the time,” Peters adds. “Murders and Mayhems reading can be escape reading, or channel those thoughts, or just be fun in themselves or in contrast. Given this brutal year, we are highlighting escape reading—historical mystery and fiction, romantic suspense, gems like Sweet’s Some Writer or the Japanese bestseller with cats. That said, our big event in December is James Rollins’ The Seventh Plague, which we are hosting as a Christmas party offsite.”

Peters says publishers also like to push at least one theme book. For St. Martin’s Press last year it was Rhys Bowen’s Away in a Manger, and this year it’s The Twelve Dogs of Christmas. 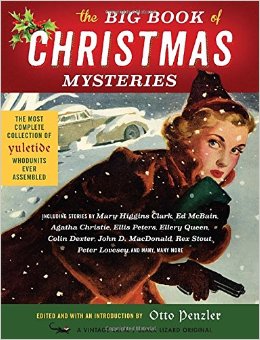 Take a look beyond the bookshelves to the big screen and you’ve got a cornucopia of choices that range from the classics like Die Hard and Gremlins to a whole slate of books with clever (or yes, cheesy) titles such as Silent Night Zombie Night, Santa’s Slay, Santa Claws, and Treevenge. And there’s perhaps no better antidote to an Olaf hangover than a movie night with the snowman serial killer known as Jack Frost.

But as Williams is quick to point out, it isn’t the “Christmas” part that draws in her readers, but rather the still growing popularity of the genre. Her store is careful to bring in thrillers that sold well throughout the year—noting Gillian Flynn’s Gone Girl as a chief example.

“People really like buying those kinds of thrillers as gifts,” she says.

Of course we’d be remiss if we didn’t mention thriller authors who have thrown readers for a loop, abandoning the thrills for tales that are more heart warming than heart pounding. David Baldacci, known for his high-octane page-turners, published The Christmas Train back in 2001; legal thriller guru John Grisham took a bit of a detour with Skipping Christmas, a hilarious look at the chaos of the season, and now a major motion picture, Christmas with the Kranks; and James Patterson gives us a novel of family and magic in The Christmas Wedding.

Spoiler: It doesn’t end in bloodshed.

Whatever is on your reading list this holiday, we hope you’re able to sneak some thrills in along with your usual Christmas fare.