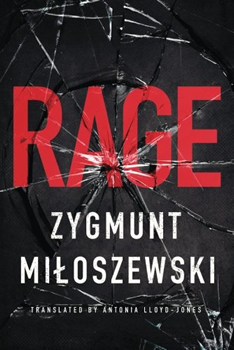 We’re off to the fringe of Eastern Europe this month, discovering the fascinating world of modern Poland through the fiercely intelligent writing of Zygmunt Miloszewski.  Not a writer to shy away from big questions and taboo subjects, Zygmunt tackles the hidden world of domestic abuse in RAGE, the third novel in his crime series featuring Warsaw prosecutor Teodor Szacki.  Though I’ve read plenty of legal thrillers, Szacki assumes an almost detective-like role in the investigations, including visiting the crime scenes right from the start. It makes for a visceral perspective and a thrilling book.

I really appreciate you taking time out of your busy schedule to chat, Zygmunt.  First off, I thought RAGE was fantastic, and I can’t wait to get my hands on the first two in the series.  Before I ask you a few questions about the novel, let’s chat about your background.  This is International Thrills, after all.  Which part of Poland are you from, and how does it inform your writing?

Thanks! It’s always nice and surprising when someone appreciates your work from thousands of miles away. There’s something magical about literature in translation, about the way it crosses borders and cultures. I was born and raised in Warsaw, also known as Europe’s ugliest capital, and I still live there. Is it different from other places in Poland? I guess it; the whole country is trying to catch up with Western civilization as fast as possible, and Warsaw is the monstrous locomotive at the head of it, with an energy that’s remarkable and cruelly unforgiving all at once. The reasons for the city’s ugliness lie in its difficult past (you only have to Google images of Warsaw 1945, Warsaw 1968, and Warsaw 1981, and you’ll understand) and I guess that being raised there, being forced to walk across the scars of history on a daily basis, means that I’m always looking over my historical shoulder. I’m always asking, “but what happened before that?” Our present and future actions are usually more closely connected to our personal and national history than we’re ready to admit.

Do you think there is a “Polish psyche” you try to capture in your work?

Sure. Poland is the Woody Allen of nations. We never stop to think if the glass is half full or half empty. We can see from the start that the glass is shattered, so we simply prepare to die of thirst. This sort of pessimism usually gives rise to a culture of doom and gloom, but many of us have learned how to turn it into irony and very dark humor. That’s my approach. 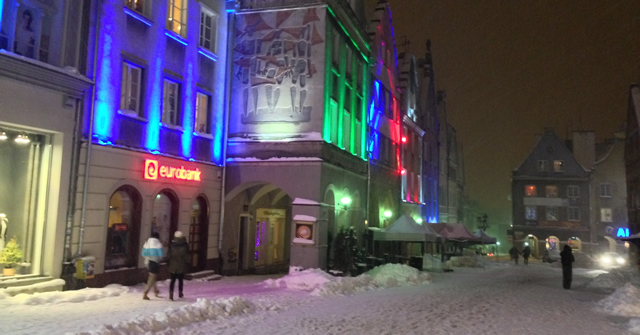 How did you get your start as a writer?  Did you have a ‘big break?’

Not at all. I always believed (at least until I discovered sex) that reading was the greatest pleasure known to mankind. But as a child or as a teenager I never dreamt of becoming a writer or a poet. Time was passing, I’d tried many professions that I didn’t enjoy at all, and one day I thought: why not try and jump across to the other side of the page? Why not make up one of these adventures I loved to live and experience? So I tried, and it worked.  Although it wasn’t easy.  Although writing turned out to be no pleasure, but a tedious, time-consuming and lonely experience.  Although it didn’t pay off for many years.

You are the #1 bestselling novelist in your country—has crime always been a popular genre in Poland?  Is there a large cadre of crime novelists working today?

Frankly, I can’t think of any market where crime fiction wouldn’t be popular. It’s easy to read, it keeps you on the edge of your seat, it allows you to travel, to visit other cultures, cities, and societies. What’s not to like? Though I admit crime is a very popular genre in Poland, compared to other European countries. Why is that? Maybe because nowadays crime fiction does the job of providing epic, realistic novels that depict everyday life in your homeland, with all its flaws and undercurrents. People have always needed this kind of narrative. We have lots of crime writers, many of whom are excellent, so I hope Poland is going to be the next big destination for crime.

Which writers (at home or abroad) have influenced you the most?

I will name two. Henning Mankell was the reason why I started writing crime novels. I’d always wanted to write about societies, and the ways in which they define us. Discovering Henning Mankell was a revelation— they’re amazing crime novels, extremely full of suspense, highly literary, and at the same time they’re profound, brave treatises on Swedish society and its shortcomings. I wanted to do the same thing in Poland. Pierre Lemaitre was the reason why I quit writing crime. This guy is too good, too different—in a way he has invented a genre of his own. If I can’t be that good, I simply don’t want to do this anymore. 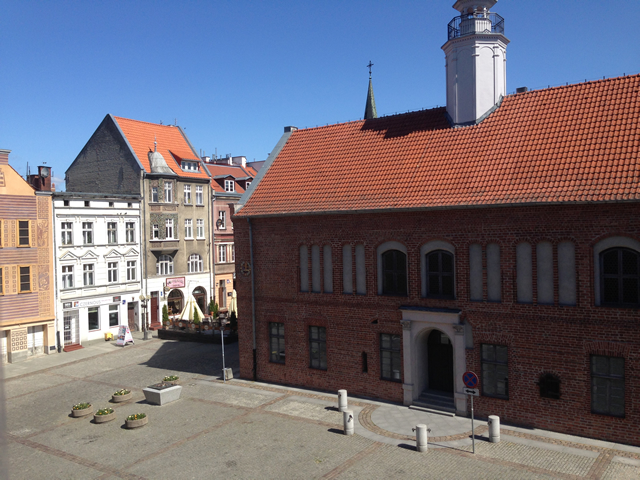 RAGE is the third novel featuring prosecutor Teodor Szacki, though I had no trouble jumping in.  I really loved the book.  Great characters, universal themes, suspenseful, a setting that sucked me in.  Why did you choose domestic violence for the subject?

Domestic violence wasn’t my first choice. I was sitting in a library in Olsztyn (where the novel is set), looking for background themes by browsing through the local daily newspapers. And it just so happened that there were a lot of articles about domestic violence, or about violence against women, which is not the same thing. I started to discuss it with the police, the prosecutors, the NGOs, and the social workers. And to my great shame I found out that in spite of my education, my feminism, and my left-wing orientation I knew nothing, literally nothing, about violence against women. How it comes about, how it works, how common it is in various families, no matter what their social or economic status. Or how many forms it can adopt, physical violence being only one of them, and not necessarily the most common one. And I thought: this is the topic I want to write about. Studying it in depth makes you look at your own family history in a different way.

Prosecutor Szacki is a very original—yet appealingly familiar—character.  He’s brilliant and witty, flawed, nuanced, larger than life but also very human.  What was the inspiration?

It wasn’t an inspiration but a need to distinguish myself and my character from all the others. Crime fiction can be a very demanding genre, your readers want another slice of the same old thing (a corpse, a city, an investigator, a mystery with an unexpected ending), and yet they want to read something different. I knew for sure I didn’t want to come up with yet another boozy cop or private eye. When I started out as a journalist I used to report from the courtrooms, and that was where I got the idea of having a prosecutor for a character. In the Polish legal system the prosecutor supervises the police investigation from the very start, he has to visit the crime scene in person, be present at the autopsy, and interrogate the key witnesses and suspects. He’s responsible for analyzing the evidence to take the case to court later on and then it’s his job to win it. And I believe the prosecutor’s function is a symbolic one—he or she is a lawyer hired by the state to protect the rule of law within society. The cops simply want to get rid of the rotten apples, but the task of the prosecutors is to restore order. There’s a huge difference between them.

I love doing the research. I’m not sure if it’s the easiest part, but it’s the most interesting, most adventurous stage. Looking for the right people, for insiders, gathering information, and visiting places. I find the actual process of writing an extremely difficult and tedious task. Sitting alone for hours, trying to find the right paragraphs, sentences and words to achieve the effect I have in my mind, and never being sure if I’ve chosen the right ones or not.

Is there anything else you would like to tell us about RAGE?  Did you have any unusual difficulties writing it?  Comic or tragic stories related thereto? 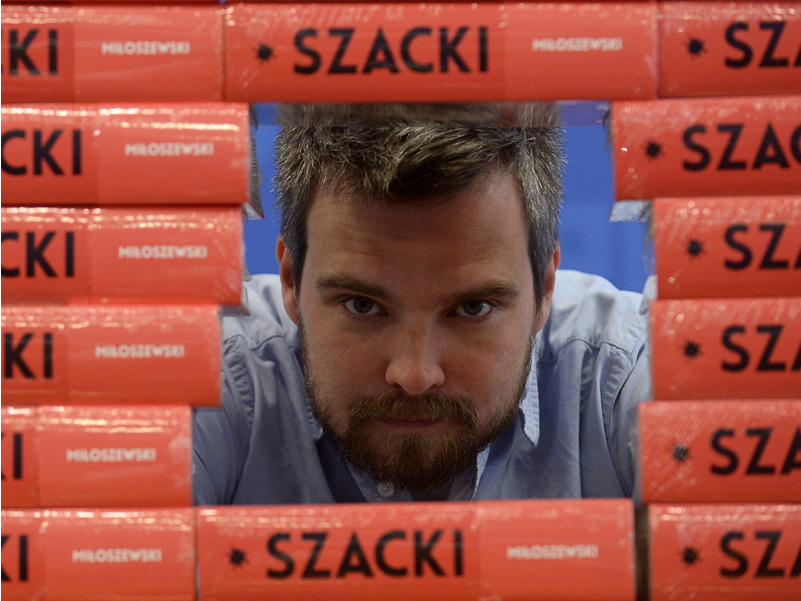 Circumstances matter. After A Grain of Truth, the second installment in this trilogy, I wanted to travel East—move to the Eastern extremities of Poland, to the border between Poland and Ukraine, i.e. the final frontier of the European Union, i.e. the final frontier of the Western world. That was before the Russian invasion of Ukraine, I believed for many reasons this was the most important frontier in Europe and I was right. But at the time my son was about to be born, and my wife told me that if I wanted to move to a forest four hundred kilometers away, I might as well stay there for good. So I chose a different city for my setting, a different story, and a different taboo.

A Wanted Man by Lee Child. I love his books, even though their plots usually lack basic logic. The guy must have signed a pact with the devil, who has given him the gift of writing books that are impossible to put down. And Ni d’Eve ni d’Adam by Amélie Nothomb to practice my French. (In English it’s called Tokyo Fiancee.)

1: Don’t get excited. You wouldn’t want the guys building your house to get too excited, would you? You want them to be professional, efficient and precise. 2: Rewrite. Wait. Read. Rewrite again. 3: Hate your characters and give them hell (actually that’s Kurt Vonnegut’s advice).

A story about an old couple who are celebrating the 50th anniversary of their first night together, when they suddenly get the chance to live their lives again in a slightly alternate version of European history. It takes place in the 1960s, when they’re suddenly aged thirty and twenty-something again, but they’re still aware of the life they had as old people in the twenty-first century. The question is: what are they going to do?

Random question: Poland has had four Nobel Prize winners in literature.  Pretty impressive.  What do you think of Bob Dylan winning the award?

I’d rather Leonard Cohen had got it.

To learn more about Zygmunt Miloszewski, please visit him on Facebook.