A Journey into Heroism 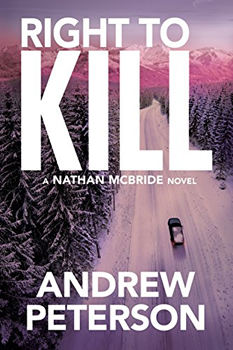 The driving force behind heroes has always interested me. Although “hero” has a male intonation, in this article I use the word interchangeably with heroine because male or female, a hero’s qualities are the same.

So, what are heroes? Why do they risk their lives to help others, and what makes them tick?

A basic definition of hero is: A person admired for his achievements and noble qualities. Sounds a little flat, doesn’t it?

The mythological definition is slightly different: A legendary figure endowed with great strength, courage, or ability favored by the gods. Now, we’re getting somewhere!

The Greek notion of a hero basically says: Heroism comes with great sacrifice. The Greeks also gave birth to the concept that a hero is—by nature—unable to live among man and therefore both isolated and alienated. In a single word, alone.

Here’s our modern literary definition: The principal character in a drama, novel, story, or narrative poem. A protagonist.

It’s fair to say that a heroine possesses abundant bravery. She’s resolute in taking risks. She faces danger or endures pain without giving into fear. A heroine steps up to the plate when the situation warrants it and puts herself in danger, often without regard for her own safety. She’s not reckless or suicidal, but her actions go beyond what a “normal” person would do.

Fear is the true enemy of a protagonist.

Heroism almost always involves personal sacrifice because just having heroic abilities isn’t enough. A heroine must use her strengths to help those in need, or those less fortunate than herself. I think it’s fair to say that valor isn’t fueled by a need for recognition. A hero also realizes he’s no better or worse than the people he’s trying to help. He’s one of us. 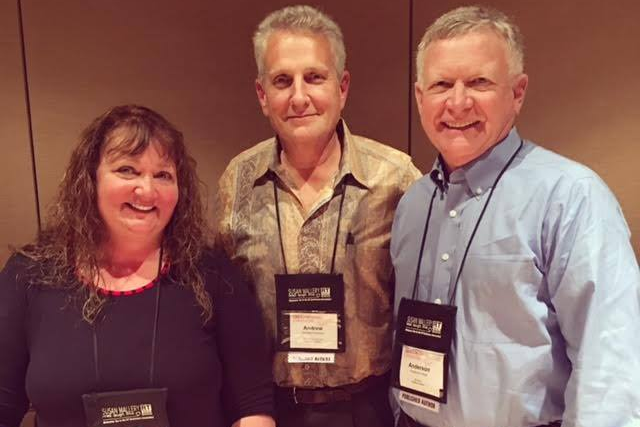 I keep these core concepts in mind when I’m writing the Nathan McBride novels. McBride is a complex and conflicted man. He possesses all of the characteristics of a hero, but he’s got a serious vulnerability: his temper. Nathan struggles to contain his darker nature. He knows all too well what he’s capable of, and it scares him.

Nathan’s characteristics can be traced to my respect and admiration of our nation’s veterans. My heroes aren’t professional athletes, Hollywood actors, musicians, or politicians. Although I respect the successes those people have achieved, my gratitude and esteem is owed to our service members who are dedicated to keeping our enemies at bay. And America has many enemies, both foreign and at home.

Domestic heroes are no different. Federal, state, and local law enforcement officers, and first responders often put their lives at risk keeping us safe. I think I can sum up my thoughts in a single sentence: I sleep well at night because they often don’t.

I’ve always wanted to make a Marine the hero of my stories, but I wasn’t initially sure what his role or backstory would be. Because of my experience competing in high-power rifle matches, making a sniper the protagonist for the series fit the bill and Nathan McBride was born.

I didn’t want Nathan to be a conventional sniper, so I made him an officer, which is quite rare. Most, if not all of the Corps snipers are enlisted, but I wanted him to be unique in more than one dimensional.

He and his spotter, Harvey Fontana, served with the 1/8 (First Battalion, Eighth Marines—The Beirut Battalion. Nathan lost friends in the Beirut embassy bombing and he swore a personal oath to fight the indiscriminate murderers of Al Qaeda and other terrorist groups worldwide. Several years into his service, the CIA approached his commanding officer, and a week later, he and Harv (while still technically in the Marines) were working for the CIA as a covert operations team in the Latin American theater. Although he and Harvey loved the Marines, the CIA was a perfect fit for their skill set. Before long, they were detached from the Corps and working exclusively for the CIA, conducting covert ops all over the world, but primarily in Spanish-speaking countries.

Nathan carries quite a bit of emotional baggage from a botched mission that ended his career. Years after the termination of the Nicaraguan civil war when he and Harvey served as “advisors” to the Contras, Nathan was captured and brutally interrogated over a three-week period before Harvey was finally able to locate and rescue him from the hands of a sadistic madman. Even after 20 years, it still hurts more than he cares to admit. There’s something dark in Nathan’s soul. He discovered it during the worst of his agony. He calls it “The Other” and it saved his sanity by stepping in and taking over. Had this alternate persona not come forward, his mind would’ve shattered. 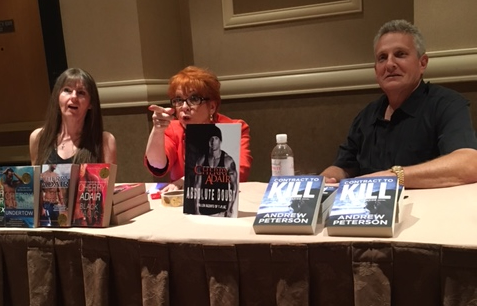 Signing at the RT Conference

Many people ask if Nathan is based on me—my experiences—and the answer is no. I didn’t serve in the military and I’ve never been tormented. I’ve tried to imagine it, but I honestly can’t. Even after all he’s been through, he’s kindhearted and compassionate. He’ll stop for a stray dog, move a snail off of the sidewalk, or nurse an injured bird back to health. He sees something of himself in all of those examples.

As you might imagine, Nathan has issues trusting people and doesn’t make friends easily. Friendship to Nathan is the willingness to die for that person, nothing else defines it.

The Nathan McBride novels are character driven, but they contain lots of action. It’s important for an author to know his protagonist inside and out. I’m no different. I have to know Nathan’s core motivation. In a nutshell, he’s a tough guy with a heart. Because Nathan adheres to a set of values that govern his life, the way he views the world determines the way he reacts to the situations he encounters. He’s not afraid to make the tough choices. Occasionally he’ll do some questionable, even unprincipled things, which create ethical dilemmas for him. He doesn’t enjoy bending or breaking the rules, but he has to consider the bigger picture. He’s seen the real world, the horrible things few people will ever be exposed to, so his “world view” is much deeper than most. Nathan doesn’t avoid trouble, he confronts it.

People have asked me if Nathan’s character has evolved since the launch of First to Kill. Looking at the pure definition evolution, the answer has to be “no.” He’s the same character in book six, RIGHT TO KILL, that he was in First to Kill. The reader learns new things about him, but he hasn’t changed who he is. It’s fair to say he learned something about himself in First to Kill. He learned he didn’t have to be alone. He developed a relationship with Holly Simpson who was the special agent in charge of the Sacramento field division when he and Harv took on an assignment for a friend. So in that sense, he’s become less solitary. He doesn’t have many friends, so his relationship with Holly is special—something he doesn’t take for granted. She’s still with him and they’re enduring a long distance relationship. So far, they’re both okay with it.

Overall, writing Nathan’s character is both challenging and fun. I try to create each adventure with new situations and trials. I’ve incorporated several strong and competent women into my stories, and one very strong-minded twelve year old girl in Option to Kill who became one of Nathan’s toughest tests of character. Most parents can relate!

Is there violence in the Nathan McBride novels? Yes, of course. Is it gratuitous or over the top? No, absolutely not, but there’s no way to sugarcoat a thriller. It either portrays evil for what is truly is, or it fails to engage the reader.

Nathan takes no pleasure in killing, even when the bad guys have it coming. He hates bullies and won’t stand idly by if someone’s being overly rude or abusive. If you want to ring Nathan’s bell and see what he’s capable of, kick a dog in front of him. You’ll wish you hadn’t! 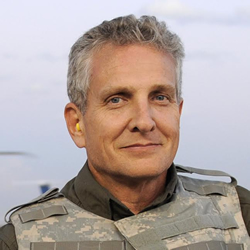 Andrew Peterson is the internationally bestselling author of the Nathan McBride series.  Born and raised in San Diego, California, he attended La Jolla High School before enrolling at the University of Oklahoma, where he earned a Bachelor of Science Degree in Architecture.

An excellent marksman, he holds the classification of Master in the NRA’s High Power Rifle ranking system.  His familiarity with weapons and dedication to research has resulted in many speaking engagements ranging from craft workshops to ATF canine demonstrations.

Andrew began writing fiction in 1990 and sold a short story, Mr. Haggarty’s Stop, to San Diego Writers Monthly in October, 1992.  After attending his first writer’s conference in 2005, where he met Ridley Pearson, he became serious about writing the Nathan McBride stories.

FIRST TO KILL (FTK) is Andrew’s debut thriller which features Nathan McBride, the brutally effective, trained Marine scout sniper and former CIA operations officer.  FTK was originally published in 2008 by Dorchester Publishing as a mass market paperback. Early in January 2011, Andrew signed with Thomas and Mercer.  Then in 2012, FTK was re-released in trade paperback, eBook, and audiobook editions.  FTK has been translated into six languages.

Andrew had the privilege of attending Operation Thriller II, a 2011 USO tour to Afghanistan where he personally thanked our troops for their service.  He traveled with fellow authors Sandra Brown, Kathy Reichs, Clive Cussler and Mark Bowden.  He considers the USO tour one of the highlights of his life. To date, Andrew has donated over 3,000 books to our troops serving overseas and to our wounded warriors recovering in Naval and Army hospitals worldwide.

When he’s not writing the popular Nathan McBride series, Andrew enjoys scuba diving, target shooting, flying helicopters, hiking and camping, and an occasional (and questionable) round of golf. Andrew and his wife, Carla, live in Monterey County, California with their two Giant Schnauzers.