Finding the Hot Spots for Storytelling 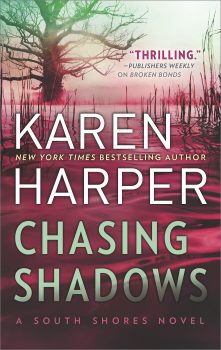 Since we have been snowbirds, flying from Ohio to Naples, Florida, for 30 winters, I feel Southwest Florida is my second home. I’ve written three standalone suspense novels set there in my writing career (I’ve been published since 1982) but had always wanted to set a series there. And so was born The South Shore Series with the launch this month of CHASING SHADOWS and the next two books to follow every other month.

Southwest Florida always stayed in my veins, even when we were back home. Of course, Naples is full of snowbirds from the Midwest, but the area manages to remain unique and quirky, very much its own place.  Our condo is a ten-minute drive from downtown chi-chi Naples, but it is also 20 minutes from the deep and dangerous Everglades; historic Seminole villages; glitzy Marco Island, and retro Goodland Island, all of which I have used in my writing. The beaches of Naples are wide and walkable for miles with the famous Naples pier jutting out into the water. The glittering Gulf of Mexico beckons, so what suspense or thriller writer could ask for more?

CHASING SHADOWS begins with a shooting at the Collier County Courthouse and takes in numerous other sites I know well. Although I revisited most of them to get telling details, I probably could have written most of the scenes from memory—and heart. I also used the setting of St. Augustine in the first novel, although it is in the northeast section of the state. Our son and daughter-in-law own two shops in Olde Town, so I knew that area well also. A Gothic mansion near St. A on a cypress-tree-studded, Spanish-moss-hung river was a contrast to seaside Naples, and the great setting for a ghost and a murder—or was it a suicide?

The female lead in the new series is Claire Britten, a forensic psychologist who does not dissect bodies but does dissect the lives of possible murderers. Working with Naples criminal lawyer, Nick Markwood, her cases take her deep into South Florida and people’s messy, dangerous lives.

As a suspense/thriller author, I’m always looking for settings which have instant conflicts and “the creep factor.”  At night, on the beach, or anywhere outside of downtown Naples, it is very dark. Animal sounds, even gators bellowing, can haunt the night.  The so-called “Florida crackers,” the people who have lived there for generations, mostly co-exist with the “outsiders,” but there are tensions. I could not pass up using the resentment between downscale, good-old-boy Goodland and glamorous Marco Island, its nearby neighbor.  Goodlanders (who seem like throwbacks to 1950s Florida) call Marco Island “Mark Up Island.”  No love lost—perfect background for a suspense novel. 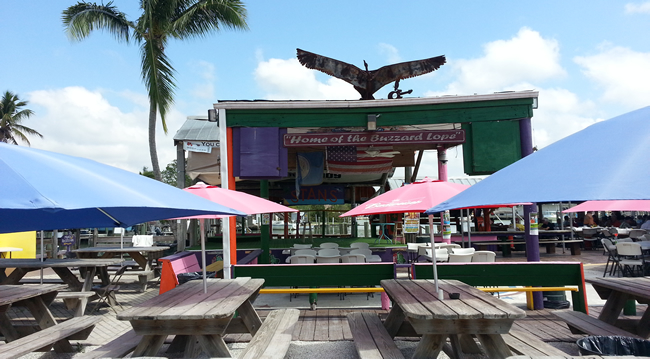 Goodland is the site for a unique event. Stan’s Idle Hour Restaurant there hosts an annual Buzzard Lope Festival each winter.  Say what? Well, of course besides eats and booze, there is a contest where women dress up like buzzards—more or less—and do the lope “dance” to see who wins. The dance was created by Stan who has now gone on to Goodland heaven, but the tradition goes on. The event draws curious folk from upstate and across Alligator Alley from Ft. Lauderdale and Miami. And an occasional crazy author.

As highbrow as Naples can be with its symphony orchestra and great musical and literary events in season, it also has the swamp buggy races each year. What’s a swamp buggy? A souped-up truck with huge balloon tires that can go through anything, the land version of an air boat. Of course, the winning driver and the lucky swamp buggy queen, take a dive into a pit of mud to celebrate. A south Florida writer desperate for unusual people and events could not make this up.

Just off Naples and Marco is the beautiful but beware-or-you’ll-get- lost area called 10,000 Islands, once known only to escaped Civil War Era slaves, the Seminole tribe, and outlaws. Are there 10,000? Some are small mangrove islets, so who knows, but we’ve been lost in them in a boat. The so-called mangrove murder is the key crime in Drowning Tides, book No. 2 in my new series. Mangrove roots look like claws in the water, so what could be a better place to snag a body? 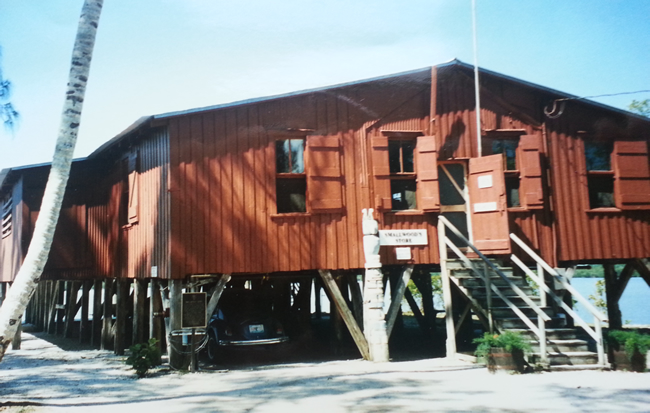 I can also recommend a trip to take in a bit of Florida history, a place I have also used for a setting. Chokoloskee Island near Marco and Goodland has homes, restaurants, and a high school, but it also has the well-preserved Smallwood’s Store where early pioneers and Seminoles alike traded and shopped. It sits in the heart of the 10,000 Islands. I actually had a book signing there several years ago, a unique experience and venue.

Two months ago, in October, my publisher re-released one of my earlier South Florida novels, paired with a Heather Graham thriller also set in Florida. The 2-in-1 release is entitled Still Waters. In my story, Below the Surface, my heroine owns a dive shop, so my husband and I tried scuba diving in the area. Nothing like “real” on-site research.

And so, everywhere I look in the southwest Florida area, I find fabulous settings for enjoyment and sunny fun—but also great inspiration for a writer. As for characters, South Floridians can be domestic or foreign, native American, Hispanic, African American, even German (who visit the area a lot.) I especially love the rich Hispanic traditions in South Florida and used the fascinating celebration of quinceanera in Below the Surface. This phenomenon of the Latina ‘Sweet Fifteen” celebration is quickly becoming an American event too.

And, of course, there is the unique animal population. It’s not unusual to see a gator lazing about on the golf course under our lanai windows. The Florida panther is endangered, and someone has let huge snakes loose in the Glades to breed and, hopefully, be caught and killed. Even some species of sharks are endangered. Hmm, panthers and sharks endangered, just like my heroine.  Let me just jot that down for future books in the South Shore Series.