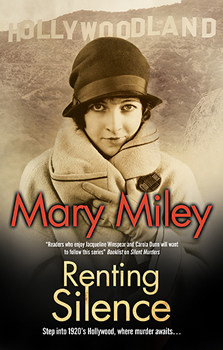 You don’t buy silence. You only rent it, and the rent keeps going up.

RENTING SILENCE, the third in the Roaring Twenties mystery series by Mary Miley takes Jessie from silent films back into the world of vaudeville to track down a performer with something to hide. At the request of her silent film star boss, Mary Pickford, Jessie uses her vaudeville talents to investigate the murder of an extra by a Hollywood actress already sentenced to death for the crime. Her inquiries lead to the discovery of a blackmailer and more than a dozen actors facing ruin or even death if their secrets are exposed. If the convicted actress is innocent, then who killed the blackmailer?

“Readers will welcome this third showcase for a valiant heroine with a shady past.” – Kirkus

“In Miley’s highly entertaining third mystery set during the 1920s (after 2014’s Silent Murder), Hollywood “script girl” Jessie Beckett draws on her education in the school of hard knocks as well as her years in vaudeville to track down the killer of a young woman with a taste for blackmail. . . . The reader gets a strong sense of what life was like if you were from an outsider group or broke Hollywood’s moral code in public. A middle-of-the-night encounter with the Ku Klux Klan is particularly chilling. All the details of her journey not only advance the story but are fascinating in themselves.” –Publisher’s Weekly 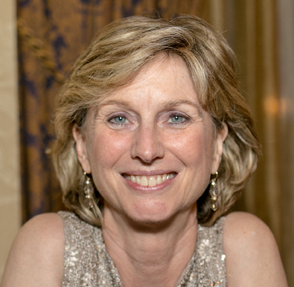 Mary Miley Theobald is a historian and free-lance writer specializing in history, travel, and business topics. She received her B.A. and M.A. from the College of William and Mary, worked for Colonial Williamsburg for many years, and taught American history and museum studies at Virginia Commonwealth University. She has written eleven nonfiction books and more than 200 articles for a variety of magazines and newspapers. In 2012, Mary won a national competition for Best First Crime Novel with her Roaring Twenties murder mystery, The Impersonator; the third in the series will be published by Severn House this fall and the fourth in 2017. Currently, she is working on a new mystery series set in Chicago and is about to start on a book on gunsmiths for Colonial Williamsburg. For fun, she is helping start up a new winery near Afton, Virginia, where she looks forward to stomping grapes in a wooden vat, like Lucy and Ethel.