Georgia on Her Mind 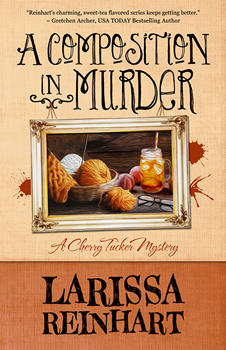 Larissa Reinhart is a world traveler who has studied archaeology in Egypt, been chased by a monkey in Thailand, and is currently living in Japan. Her roots, though, are in small-town Georgia. “I’ve lived in Georgia for most of my adult life and small town is my childhood,” she says. “I grew up in a farming village of six hundred people and spent most of my youth traveling through books. When I was young, all my stories were about places I’ve never been.”

In college, she was disheartened by the “write what you know” axiom because she felt like she hadn’t been anywhere or done anything worth writing about. “It literally stopped me from writing. What I didn’t realize at the time (and what I wish I’d been told) is that advice relates to what you know about people more than events and places.”

Her family and Cairn Terrier, Biscuit, still call Georgia home, and her two mystery series are both set in small Georgia towns. A 2015 Georgia Author of the Year Best Mystery finalist, Reinhart is currently working on a story with another small town Southern heroine set in Japan, though, so she’s finally getting to use her travels.

From the moment you open the cover of her latest mystery, A COMPOSITION IN MURDER, you know you’re in for a fun romp. Amateur sleuth Cherry Tucker teaches art at a retirement center, which brings her into contact with a bevy of quirky but believable characters and lands her in the middle of a complex plot involving drug deals, geriatric hijinks, and a missing will. 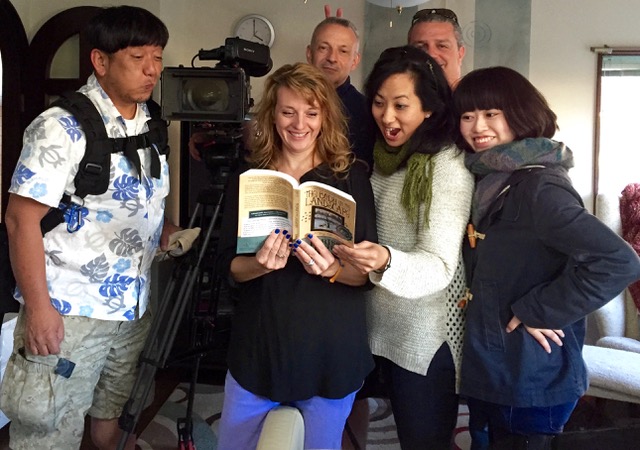 Asked what inspired the book, Reinhart says, “I love the Golden Age of mysteries and wanted to write a story involving a will and inheritors.” Naturally, she thought of a retirement residence setting—and because art is a common therapy activity, it made sense to have Cherry Tucker teach an art class there. “When you grow up in a small town, you’re always interacting with seniors, so it seemed very logical. By making Halo House a posh, expensive independent living residence, I could also maintain that imbalance in the small town social hierarchy I like to use in her stories.”

Let’s welcome her to The Big Thrill.

Congratulations on your new book, Larissa! Why don’t we start with your writing journey and how you came to be a mystery writer?

Thanks so much for the interview. My writing journey has two major starts and one long rest. I wrote a lot when I was young and had some nice awards going into college. But after writing a column for our local newspaper in high school, I knew I didn’t want to go into journalism, so I gave up on any sort of writing career.

From college until about seven years ago, I read voraciously and created stories in my head for entertainment, but didn’t write until we moved to Japan in 2009. I wasn’t working, my children were in school for the first time, and I had lived in Japan previously so I didn’t need the cultural education. I suddenly had this crazy thing called free time.

My husband suggested I try writing again. I began tinkering with a story idea and ended with a completed novel (YA paranormal). I revised it, then forced myself to put it away and try another genre. My second full manuscript was Portrait of a Dead Guy. When we returned to the US in 2011, my friends convinced me to pursue publishing. A year later I had my first contract with Henery Press.

In this book, you give Cherry a moral conundrum when she’s given the means to blackmail her nemesis in order to protect her family. What made you decide to include that layer of complexity?

In all the Cherry Tucker books, there’s a series subplot and character arc that’s layered within the greater mystery. As children, Cherry and her siblings were abandoned by their mother and raised on her grandparents’ farm. Her family is from one side of the tracks and Shawna Branson’s (her nemesis) the other. These are old Southern families. There’s always been a mutual antipathy between the families that’s intensified since the joint disappearance of Cherry’s mother and Shawna’s father. That mystery guides the subplot through the books. It also forms Cherry as the amateur sleuth. Cherry’s instincts to investigate and fight against (what she perceives is) injustice is born from this backstory. 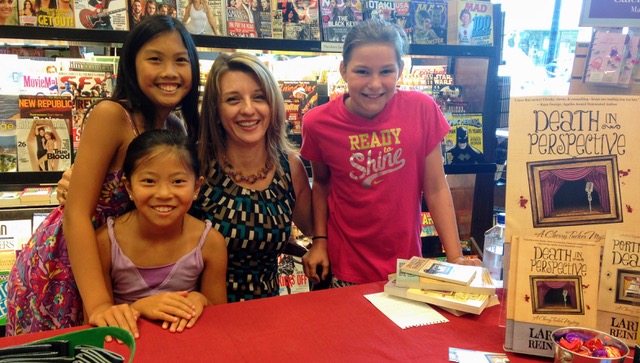 The trick for me is to weave that subplot in with the greater arc of the story. It has to enrich and enlighten the main story arc, not stand alone. I also don’t want readers to feel they have to understand the backstory to read the books. But at the end of each story, I want Cherry to be one step closer to discovering what happened with her mother, thereby also understanding herself.

What’s next? Will we see more of Cherry?

I had a Cherry Tucker novella, “The Vigilante Vignette,” in a cozy mystery Halloween anthology, Midnight Mysteries, that released this fall. I do have plans for more Cherry Tucker stories but my next release is a new humorous mystery series, Maizie Albright Star Detective. 15 Minutes debuts in January. The heroine, Maizie Albright, is an ex-teen and reality star who’s trying a career makeover as a detective. Unfortunately, her sleuthing background comes from starring in a TV show, so she has a big learning curve.

Thanks again for the interview! I really enjoyed chatting with you, Jaden. And I loved working with you on the anthology, Eight Mystery Writers You Should Be Reading Now, and love your stories! 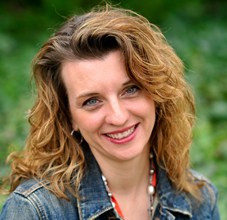 A 2015 Georgia Author of the Year Best Mystery finalist, Larissa Reinhart writes the Cherry Tucker Mystery and the Maizie Albright Star Detective series. The first in the Cherry Tucker series, Portrait of a Dead Guy, was a 2012 Daphne du Maurier finalist, 2012 The Emily finalist, and 2011 Dixie Kane Memorial winner. Her family and Cairn Terrier, Biscuit, now live in Nagoya, Japan, but they still call Georgia home.