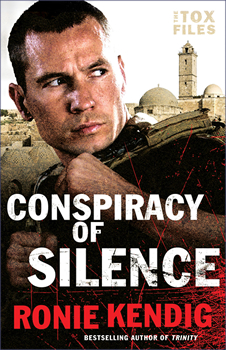 Four years after a tragic mission decimated his career and his team, Cole “Tox” Russell is persona non grata to the United States. And that’s fine—he just wants to be left alone. But when a dormant, centuries-old disease is unleashed, Tox is lured back into action.

Partnered with FBI agent Kasey Cortes, Tox has to pull together a team to begin a globe-spanning search for answers—and a cure. As their quest leads them from continent to continent, it slowly becomes clear they’re not just fighting a plague—but battling against an ancient secret society whose true goals remain hidden.

With time running out and opposition growing on every side, the key to everything may rest in an antique codex, the Crown of Jerusalem. But will Tox and his team be able to trust each other enough to break this century-spanning conspiracy of silence?

Bestselling author, Ronie Kendig, took some time out of her busy schedule to talk with The Big Thrill about her latest book:

I hope readers will have an excellent reading experience that will not make them think, but take a second (or third) look at historical events and artifacts.

CONSPIRACY OF SILENCE contributes to the suspense genre by presenting a unique angle to biblical artifacts while keeping the content clean but the thrill high.

There were two surprises for me, as an author: the first one was that I have never been a history buff. Give me literature or fiction and I’m golden, but I learned so much about the Bronze era, as well as more in-depth knowledge of the time of the Templars. The second surprise was the Aleppo Codex itself—I had no idea there was such a storied and deep past to a Masoretic text.

Within the pages of CONSPIRACY OF SILENCE there are hidden truths and assumptions that so closely mirror one another it’s hard to tell what—and who—is real and what/who is not. There is also a smaller thread of vignettes within Conspiracy of Silence that is an imagining of a life and a book impacted by the 1947 UN vote to partition Palestine. The Aleppo Codex—the book—vanished from Aleppo, Syria, after the vote, then reappeared in Jerusalem with approximately one-third of the bound pages missing. Its journey from Syria to Israel is not definitively known and theories abound.

For years I’ve read Brad Thor, Vince Flynn and the like, but in recent years, my favorite “meter” has fallen squarely between James Rollins and David Baldacci. I love Rollins’s books and the unique angle and missions he throws Sigma Force against—both contemporary threats and ancient ones. I love Baldacci’s characters and worlds; he has an amazing ability grab me by the throat and force me to care within that first chapter. He makes it impossible to walk away, and that’s what I want to do in my novels.

“This fast-moving, roller-coaster thriller, with its powerful clandestine society, ancient secret, nefarious conspiracies, search spanning the globe, and under-pressure romance is sure to please fans of romantic suspense and military ops romances.” ~ Booklist

“Kendig’s first book in her Tox Files takes readers on an explosive, action-packed global journey to stop a terrorist from releasing a deadly toxin with biblical origins. Kendig has pulled out all the stops in this highly entertaining read that has plot elements of a Tom Clancy or Dan Brown novel. This is a thrill ride with a story that barely stops to catch its breath before the action revs back up again. The hero, Tox, is riveting, the heroine is strong, the secondary cast is well developed and the romance is light but sweet. Kendig has out done herself.” ~ RT Book Reviews Top Pick 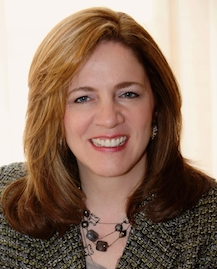 Ronie Kendig is an award-winning, bestselling author who grew up an Army brat. She’s penned over a dozen novels including The Quiet Professionals series and the Breed Apart series. She and her hubby have a full life with their children, their Maltese Menace, and a retired military working dog in Northern Virginia.