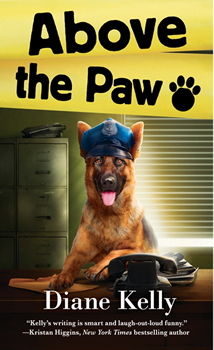 The crime-fighting duo of Megan Luz and her K-9 is back―and on the prowl. . .

WILL THEY DIG UP THE TRUTH?
When a rash of college students falls seriously ill after ingesting Molly, a “club drug” also known as ecstasy, Officer Megan Luz and her K-9 partner Brigit are tasked with tracking down the dealers. Going undercover at the university leads Megan closer and closer to infiltrating the drug trafficking ring. But when the investigation implicates her former partner and workplace nemesis, Officer Derek Mackey, Megan’s powers of discernment are put to the test.

OR ARE THEY BARKING UP THE WRONG TREE?
Thwarted when the Feds seize control of the investigation and frustrated by the lack of attention the DEA is putting into the case, Megan continues her own unofficial investigation with Brigit’s help. But when the trail leads them in an unexpected and dangerous direction, Megan and Brigit find their own lives at risk. Can the K-9 team take down those in power? Or are some criminals simply above the law―and paw?

ABOVE THE PAW is the fifth book in Diane Kelly’s series featuring Police officer Megan Luz and her K-9 dog partner, Brigit.

Author Diane Kelly took time out of her busy schedule to discuss her latest book with The Big Thrill:

I hope readers will learn some fun and interesting things about K-9s and their handlers. I also hope the funny parts will brighten their day.

This book explores the reasons behind the crimes, why people do what they do. It also expands the genre by showing how police officers can utilize the special skills of a K-9 partner to solve crimes.

I discovered that the plot line I’d come up with—a drug ring on a college campus—was far more common than I’d realized, and that many have involved large numbers of students and huge sums of money.

There’s some personal depth to the book, too, as my officer tries to help her firefighter boyfriend reconcile with the mother who abandoned him.

Authors who have influenced me are Erma Bombeck, Dave Barry, Carl Hiaasen, and Janet Evanovich. All of them made me laugh, and I wanted to do the same thing for other people. The world could use more laughter. 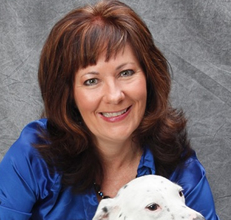