The Rise of Noir in the Sun 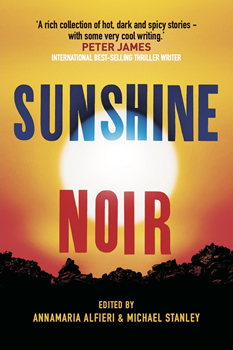 There’s something worse about a tragedy that happens on a beautiful day.

Like a crime that is committed in broad daylight, or a violent attack juxtaposed against the innocent backdrop of a beach at sunrise, the presence of warmth—of the very sun itself—provides an unexpected, and ominous, darkness.

It’s this innate darkness that the authors of a new anthology hope to capitalize on as they throw their considerable literary weight behind a growing industry trend, coined—perhaps ironically by a bestselling author of Nordic crime fiction—Sunshine Noir.

“The shadows are darkest where the sun is brightest,” says Annamaria Alfieri, co-editor alongside Michael Stanley, and a contributing author to the new anthology, also titled SUNSHINE NOIR. “When something terrible happens in a beautiful sunny place—it’s unexpected.”

And that element of surprise gives authors of Sunshine Noir something different in their arsenal, a weapon to use in the good-natured (but no less serious) argument that Sunshine Noir can be every bit as suspenseful as its Scandinavian and Nordic counterparts.

“Noir was actually invented in sunny California,” she says, referring to a time when the Depression-crazed middle classes” made up the genre’s first protagonists, and Los Angeles—where money flowed more freely than water and dreams—became a hotbed for classic Noir flicks adapted from novels—Raymond Chandler’s “The Long Goodbye” or James M. Cain’s “Double Indemnity,” for example.

“But for the past seven or so years, thanks to the popularity of The Girl with the Dragon Tattoo, there’s been this assumption that the most interesting crime comes from the Nordic countries.”

Authors of Sunshine Noir beg to differ—and they’re throwing down a friendly gauntlet of challenge to change this perception, the first strike being the launch of an anthology that runs the gambit of diversity both in geography and humanity.

But Alfieri says this is only the beginning, and if it’s to be a trend the industry can grab hold of, there is much work to be done.

The crusade started two years ago at the Icelandic Noir conference, where Alfieri was one of several writers in attendance there to support bestselling crime and children’s fiction author, Yrsa Sigurðardóttir. Intrigued—and perhaps somewhat annoyed—by the constant reference to Nordic Noir versus “ordinary crime fiction”, Alfieri asked the question on the mind of many of her peers: What exactly are the qualities that set this sub-genre apart from “ordinary crime fiction”?

The response was as expected: The landscape in which the stories take place becomes a story. The gloomy weather becomes a psychology of the people. The tales develop with more complex characters. 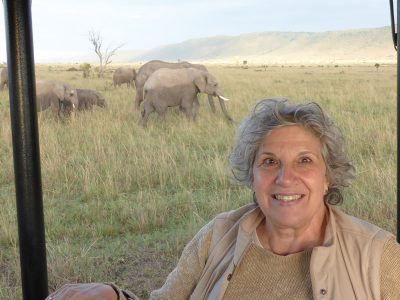 True, perhaps, but these are also the same qualities of all good crime fiction, whether it takes place in Stockholm, Sweden or the Sahara Desert, as is the case in Robert Wilson’s contribution, Extreme Heat, one of the 17 smoking hot stories featured in SUNSHINE NOIR.

Susan Foreotschel weaves a tale of an NGO worker kidnapped in Yemen, while a beachfront in Ghana provides the beautiful backdrop for Kwei Quartey’s story of revenge. The authors travel from historic Istanbul to Mombasa, New Orleans, Puerto Rico and more, for an epic compilation of dark doings in sunny places.

Alfieri believes that this anthology will begin to shed new light on the compelling sub-genre ready to re-emerge from beneath the shadow of its Nordic counterparts.

“We hope this will be the start of a new trend of people talking about crime that takes place in hot settings,” she says. “We’re not saying it’s better. Just that it’s different—and deserves its own niche.”