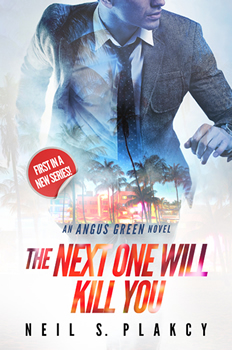 The world’s a tough place for an FBI agent, especially a young one fresh out of Quantico, accustomed to viewing the world through the lens of an accounting spreadsheet.

Assigned to South Florida for his first posting, Angus Green is worlds away from his hardscrabble upbringing in Scranton, PA. He has to cope with ethnic distinctions he’s never considered, a multitude of foreign languages spoken around him, and a range of crimes and criminals that boggle his mind.

While investigating a jewelry heist with its roots in Fort Lauderdale’s gay neighborhoods, Angus must learn how to use his education, his intelligence, and his good looks, without losing track of who he is and what he stands for.

The street quickly teaches him that the only way to face a challenge is to assume that he’ll survive this one—that it’ll be the next one that will kill him.

What it’s like to be a young special agent in today’s FBI and how weirdly funny crime is in South Florida.

How certain ethnic groups are responsible for a great deal of crime, depending on the region of the country.

Angus appeared in a minor role in two of my previous books but kept insisting that his was an unusual voice and that he had a story to tell, so I finally listened.

I cut my teeth on the classic English crime writers like Agatha Christie, Margery Allingham and Dorothy L. Sayers. But it wasn’t until I was in an MFA program studying with contemporary masters like Les Standiford and James W. Hall that I began to think I could write my own crime fiction.

Fast-paced, fun and as fresh as a South Florida ocean breeze…The Next One Will Kill You gives us a new kind of hero we can root for. Angus Green is personable, funny, sexy and very human—whether he’s navigating the macho currents of the FBI or helping keep his little brother on the straight and narrow. I love this guy!
-PJ Parrish, New York Times bestselling author.

“A thrilling and sometimes hilarious mystery, and a great start to a new series. One of the funniest first chapters I have ever read.”
-Timothy Hallinan, author of the the Junior Bender Mysteries 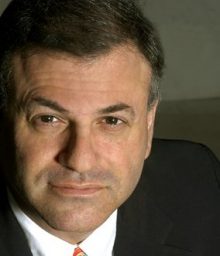 Neil Plakcy has written or edited over three dozen novels and short stories in mystery, romance, and erotica. To research The Next One Will Kill You, he participated in the FBI’s 16-week citizen’s academy, practiced at a shooting range, and visited numerous gay bars in Fort Lauderdale. (Seriously, it was research.)

He is an assistant professor of English at Broward College in South Florida, and has been a construction manager, a computer game producer, and a web developer—all experiences he uses in his fiction.