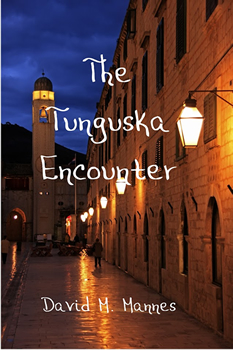 The Cold War is back on but with a twist…a remnant, a computer chip, exists from a UFO that exploded over Russia in 1907. Now Damien Wynter, special agent for the clandestine Majic-12, is on a race to get it before SETKA, his Russian counterparts. From the canals of Venice to old city of Dubrovnik, to the pyramids of Bosnia, Wynter and Michelle Martin run a gauntlet of mayhem, destruction and death in an all out battle to obtain technology that could be the greatest boon to humankind—or launch its destruction.

David M. Mannes recently sat down with The Big Thrill to discuss his latest book:

A bit of knowledge about UFOs and pleasure from reading a fast-paced action adventure novel.

This novel mixes science fiction with espionage and suspense that takes place in the present day. It’s not a typical thriller, nor a traditional sci-fi novel. It’s sort of like The Man from U.N.C.L.E. meets the X-Files.

I didn’t realize there were pyramids in Bosnia until I started my research. I’ve been interested in UFOs and the paranormal for years, but I’m always finding out new things and gathering new ideas for future novels in this series.

The Majestic 12 organization is allegedly real and was formed after the Roswell crash of 1947. The Tunguska explosion of 1908 has traditionally been attributed to a comet or meteor, but there was no crater or radioactivity, and the silvery remnants described in the novel are allegedly true. I weave actual UFO case material into my fiction.

The description of alien species mentioned in the early part of the book are based on supposedly government reports that were released under the Freedom of Information Act.

Classic authors like Jules Verne and Edgar Rice Burroughs were staples for me when I was a kid. It was that mix of the fantastic with raw adventure and action that kept me glued. My love of espionage novels comes from Ian Fleming, Andrew York, and Donald Hamilton. My favourite contemporary authors are Lee Child, Robert B. Parker, Robert Crais, Stephen King, and Douglas Preston and Lincoln Child. The later of whom also write mixed-genre novels.

It’s that sense of adventure and the fantastic that I also try to bring to my readers. I look at the way they handle dialogue and description and the balance between to keep the story moving. 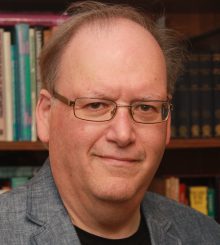 David M. Mannes is a multi-genre fiction writer. THE TUNGUSKA ENCOUNTER is the second in the Damien Wynter-Majic-12 action-adventure series. David is also the author of The Reptilian Encounter (Damien Wynter Majic-12 #1), The Cantor’s Son, Scarlet Justice and Scarlet Vengeance (Kingsley and Buck western adventures) among others. David has had a long time interest in the unexplained, paranormal, UFOs and western history. He is a member of the Writer’s Guild of Alberta and the International Thriller Writers. David is married and lives in Edmonton, Alberta Canada.