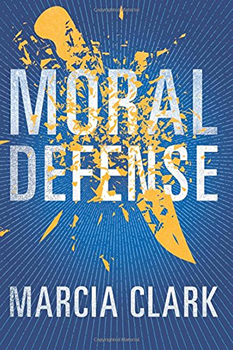 What’s the difference between a lawyer and a liar? The pronunciation.

Okay, bad joke, but it’s probably not the worst you’ve heard about lawyers—despite its noble beginnings, the profession has taken a beating over the years, regardless of on which side of the bench they sit.

It’s a stigma that should be challenged—every profession has its handful of bad seeds, of course—but for bestselling author, and former prosecutor and defense lawyer Marcia Clark, this proverbial “bad rap” provides the foundation, and perhaps justification, for the actions of her series protagonist, Samantha Brinkman.

There’s something compelling about a lawyer so dedicated to her clients that she’s not afraid to bend the rules in the name of justice. The key being “bend” versus break, because as Clark is quick to point out, Brinkman still abides by a strict moral code, even if she isn’t fully committed to playing within the confinements of the law.

“Prosecutors can’t cheat,” Clark says. “But Samantha is a defense lawyer, and she identifies with the underdog. Her distrust for authority comes from a very organic place.”

Daughter to a mother who didn’t want her, sexually abused, and handed obstacle after obstacle—indeed, a weaker personality would have chosen a much darker and destructive path. Instead, Clark has given Brinkman the strength, courage, and compassion to take on cases that continue to remind her of past demons in her quest for the truth, and ultimately, justice.

In MORAL DEFENSE, the second book in Clark’s bestselling Samantha Brinkman series, a 15-year-old girl is charged with the brutal murder of her adopted parents. The evidence points to her guilt, but when Brinkman learns that the murders may have been sparked by years of sexual abuse—which brings yet again the horrors of her past to the forefront—she vows to get the teen exonerated.

It’s a complex, tightly woven plot, and as is in the case with all of Clark’s novels, the page-turning journey—through sensitive and controversial issues—to the surprise ending is not without considerable twists and turns, leaving Brinkman emotionally and physically raw.

“Good crime thrillers have deeper issues at their core,” Clark says. “The subject matter has to be truly important to me—I can’t do it any other way.”

It’s that level of investment that makes Clark not only a brilliant lawyer, but also a force to be reckoned with in the thriller genre. As she drafts the third book in this series, Clark’s considerable talent has also shifted toward a new focus—co-writing the script for an NBC pilot series based on the Samantha Brinkman character. While the process may be daunting for some, screenwriting takes Clark back to her roots. Prior to writing novels, Clark was a consultant for a Lifetime show, and then moved into writing scripts for a couple of pilot episodes she had sold.

“It’s a good thing I had experience in TV writing, because things really change when you adapt a book to the small screen,” she says. “The story has to simplify in some ways. You’re limited in space. It’s like writing in haiku.”

Clark is more than up for the challenge. Writing novels in solitude is fun and not without its perks, but she admits the collaboration required for screenwriting is both invigorating and a tremendous opportunity for personal growth.

“Some people have a hard time getting notes on their work,” she says. “I am not one of those people. TV writing requires you to think visually, and there are so many things you don’t see when you’re writing on your own.”

That doesn’t mean Clark will change how the books are written. Like Kathy Reichs with the TV series Bones, Clark sees the two entities as separate, connected by a common thread—herself. A true best of both worlds scenario.

“It’s a real Sophie’s Choice,” she says, with a giggle that truly demonstrates how much fun Clark is having in her “second career.” “Should I be so fortunate to continue working in both mediums, the goal is the same: to keep learning, and to keep getting better.”