The Thrill of Trying New Things 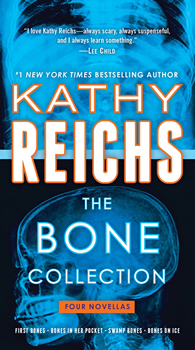 But Reichs’ new book, THE BONE COLLECTION, is something different: a collection of novellas, including one—First Bones—that is a prequel to the Temperance Brennan books, and tells for the first time the story of how Brennan went from the world of academics to using her forensic skills as a crime fighter. Which is much like Reichs’ own real-life story.

“Turns out I’m not so good at writing short stories,” Reichs said by way of explaining why she liked writing the novellas.  “No matter how hard I try, they end up quite long.  Though still shorter than a full length novel.  I like that the story tends to gallop along in a linear fashion with few distractions along the way.  Clues and twists come one after the next with little slowing of the action.”

So why did she decide to go back in time to tell the story of her character’s beginnings in one of the novellas? “Who doesn’t love a good origin story?  First Bones explains how Tempe was lured from her original plan of doing bio-archaeology into the world of forensic anthropology.  And closely parallels my own career path.”

Reichs herself is a forensic anthropologist who brings her authentic work experience—both in the academic world and being involved in real life crime cases—to her thrillers.

Asked about the differences between the character in her books, the one played on TV by actress Emily Deschanel, and herself, Reichs said, “Obviously, we do exactly the same thing professionally. I work in a full-spectrum medico-legal and crime lab. I go to body recovery scenes. I most frequently do cases in North Carolina and in Quebec Province in Canada, but I also work all over the world. In the TV series Bones, Tempe is tied a little more to the Jeffersonian, but often gets out into the field as well. In terms of personality, with regard to TV Tempe’s social awkwardness and difficulty in forming close relationships, I think we’re different.  I see myself as more similar to the character in my novels.  Though I do like my wine!”

She said she has loved working with the TV series, which will complete its final season in 2017 after twelve years on the air, making it the longest running scripted dramatic series in Fox TV history.

“I’m a producer.  In the early days, I primarily worked with the writers to help them with the science. Emily [Deschanel, who plays Temperance] in the early days had a lot of questions. She really wanted to get it right.  And I think she does.  I also write episodes with my daughter, Kerry Reichs. Our favorite is still ‘The Dude in the Dam.’

“I think of TV Tempe as an earlier point in book Tempe’s life. She’s 30-something rather than 40-something. Until many seasons in, she was unmarried. She lives and works in Washington, D.C., which I find very appropriate since that’s where I started my career.  As an undergraduate at American University, the Smithsonian Institution was the first place I ever worked with skeletons.  So I see book Tempe as older, more mature, more polished than TV Tempe.”

How did Reichs go from being a forensic anthropologist to a best-selling crime fiction author? She got the inspiration for her first crime thriller, Deja Dead, from a serial killer case she was working in Montreal at the same time she was being promoted to full professor at the University of North Carolina at Charlotte. So she wrote in her spare time until the novel was published in 1997.

“Not every book is based on a specific case, but they’re all related to something I’ve done, like disaster relief work or human rights work.  Death du Jour derives from work I performed for the Catholic Church and from the Solar Temple cult mass murder-suicides that took place in Quebec….Grave Secrets was inspired by my participation in the exhumation of a Guatemalan mass grave.  The idea of the Bare Bones’ investigation into poaching sprang from a case involving moose remains.  Cross Bones draws on a visit to Israel.  Bones of the Lost was drawn from my experience visiting troops in Afghanistan with the USO, sponsored by ITW, or course.”

And what does a forensic anthropologist actually do at a crime scene?

“As a forensic anthropologist, I look at bodies, bones, and bone fragments,” she explained. “The evidence I analyze is the victim him or herself.  I examine decomposed, burned, dismembered, mummified, and skeletonized remains.  I may be asked to determine age, sex, race, and height in order to establish ID.  I may be asked to determine manner or time since death, or to describe what was done to the body after the victim stopped breathing.  All of this experience has come in handy in constructing my forensic thrillers.  I think what gives my books authenticity is that I actually do what it is I’m writing about.”

Reichs is also the author—along with her son Brendan—of a series of young adult books called Virals that feature Temperance Brennan’s great niece. She said they decided to do the books after noticing that younger people were coming to her book signings and watching Bones on TV.  So when Brendan proposed doing a YA series, she recalled, it seemed like a good idea.

“The Virals novels are equally as complex as the Temperance Brennan novels. They contain multiple storylines and involve cold cases that must be solved with science-driven solutions.  One thing that differs is the dialogue.  Kids don’t talk like crusty old homicide detectives.  Another is the social concerns.”

What’s next? Well, Reichs has another surprise in store for her readers. “I’ve been writing an off-series book,” she said. “Brand new, not Temperance Brennan. New character, new setting, new premise.  Two Nights will be out July 11, 2017.” 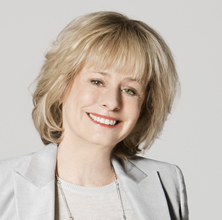 Kathy Reichs is the author of eighteen New York Times bestselling novels featuring forensic anthropologist Temperance Brennan. Like her protagonist, Reichs is a forensic anthropologist—one of fewer than one hundred ever certified by the American Board of Forensic Anthropology. A professor in the department of anthropology at the University of North Carolina at Charlotte, she is a former vice president of the American Academy of Forensic Sciences and serves on the National Police Services Advisory Council in Canada. Reichs’s own life, as much as her novels, is the basis for the TV show Bones, one of the longest-running series in the history of the Fox network.

To learn more about Kathy, please visit her website.