A Terrifying Crime Close to Home 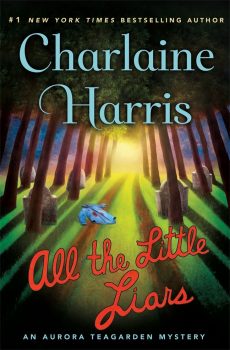 Before Sookie Stackhouse there was Aurora Teagarden.  Charlaine Harris published  Real Murders in 1990, about  a young librarian who is a member of a club that gathers to study famous unsolved crimes. The series won devoted fans, but Harris’s Teagarden output slowed when she launched the Stackhouse character, a telepathic waitress attracted to vampires, and HBO created True Blood, which became a sensation. Harris immediately followed it with the Midnight, Texas trilogy, about a collection of people–some of them with supernatural gifts–gathered in a very small town.  She’s also written the Shakespeare mysteries, the Harper Connelly mysteries, and the Cemetery Girl mysteries.

But now Aurora Teagarden is back with a vengeance. In ALL THE LITTLE LIARS, the newly married, pregnant Georgian librarian is hit by a disaster: four kids have vanished from the local soccer field, including her 15-year-old nephew.  “Harris weaves a complex tale of difficult family dynamics that highlights the horror of being a teenager,” says Publishers’ Weekly. “Aurora, a smart and witty protagonist, possesses all the Southern charm necessary to carry this entertaining series.”

Harris carved out time to talk to The Big Thrill about her new book.

How has Aurora Teagarden evolved as you have written this character?

Aurora has grown up a lot, both chronologically and emotionally. She’s dated a variety of men, she’s been married and widowed, she’s become secure in her own skin, and she’s outgrown being intimidated by her mother. She’s a strong, confident woman with her own point of view. But she always loves to read . . . always.

When the book begins, Aurora is at one of the happiest points of her life. Was it difficult on any level to turn that joy into fear and trauma?

No. That’s practically my stock in trade. Happiness isn’t exciting in a mystery; fear and trauma is. I think that echoes life. Pure happiness is elusive, and can be soiled in the blink of an eye. The world always intrudes. In Aurora’s case, it simply intrudes more drastically.

In recent years, people have talked about the rise of the “domestic thriller.” Do you think this book fits the category?

I’d never thought of that, but I think it does. Maybe that’s just as appropriate as the less flattering term “cozy.” My favorite description of the Aurora books is “cozies with teeth.”

When we spoke about your novel that published early this year, Night Shift, you talked about the challenge of withholding significant danger for a time while seeding in hints. You outdid yourself in the first part of this book. What is your technique for hinting without overdoing it?

That’s a combination of trial and error, and experience. I rewrote this book more than any other book I’ve ever written. I wanted all the information to be at the disposal of the reader, but it had to also be muted enough to (I hope) escape notice. the reader has to look back and see the logical progression of the solution to the crime and way it comes to a head.

Do your fans overlap over the different series? Did the Aurora readers follow to Sookie Stackhouse and do the Sookie and Midnight Texas readers enjoy the Aurora series? The Aurora books are mysteries without the supernatural.

Yes, and I’m so grateful when I hear from them. I know I didn’t keep all the readers, for sure. But I had a cadre of readers who did not like the Sookie books at all, and I am hoping they’ll return to the fold with ALL THE LITTLE LIARS.

Do you think that more authors should develop main characters of ordinary backgrounds–waitress, boutique owner, librarian–and plunge them into high-stakes murder plots? It seems that often when writers develop a smalltown character, it goes in the cozy direction. But you are writing books with very suspenseful murders and sex.

Thanks. That’s a great compliment. I would never tell another writer what to do; each individual has to write what entertains her/him. If you don’t enjoy what you do, it shows.

I’m writing another Aurora right now, tentatively called SLEEP LIKE A BABY, and I have a project in the wings which I can’t talk about. Well, a couple of things. Life is unpredictable and exciting! 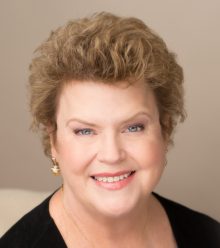 Charlaine Harris is a #1 New York Times bestselling author who has been writing for over thirty years. Born and raised in the Mississippi River Delta area, she is the author of the Aurora Teagarden mysteries, which are the basis for the Hallmark Movies & Mysteries Aurora Teagarden original movies; the Sookie Stackhouse urban fantasy series, which was the basis for the HBO show True Blood; the Shakespeare mysteries; the Harper Connelly mysteries; and the Cemetery Girl mysteries. Harris now lives in Texas with her husband.

To learn more about Charlaine, please visit her website.