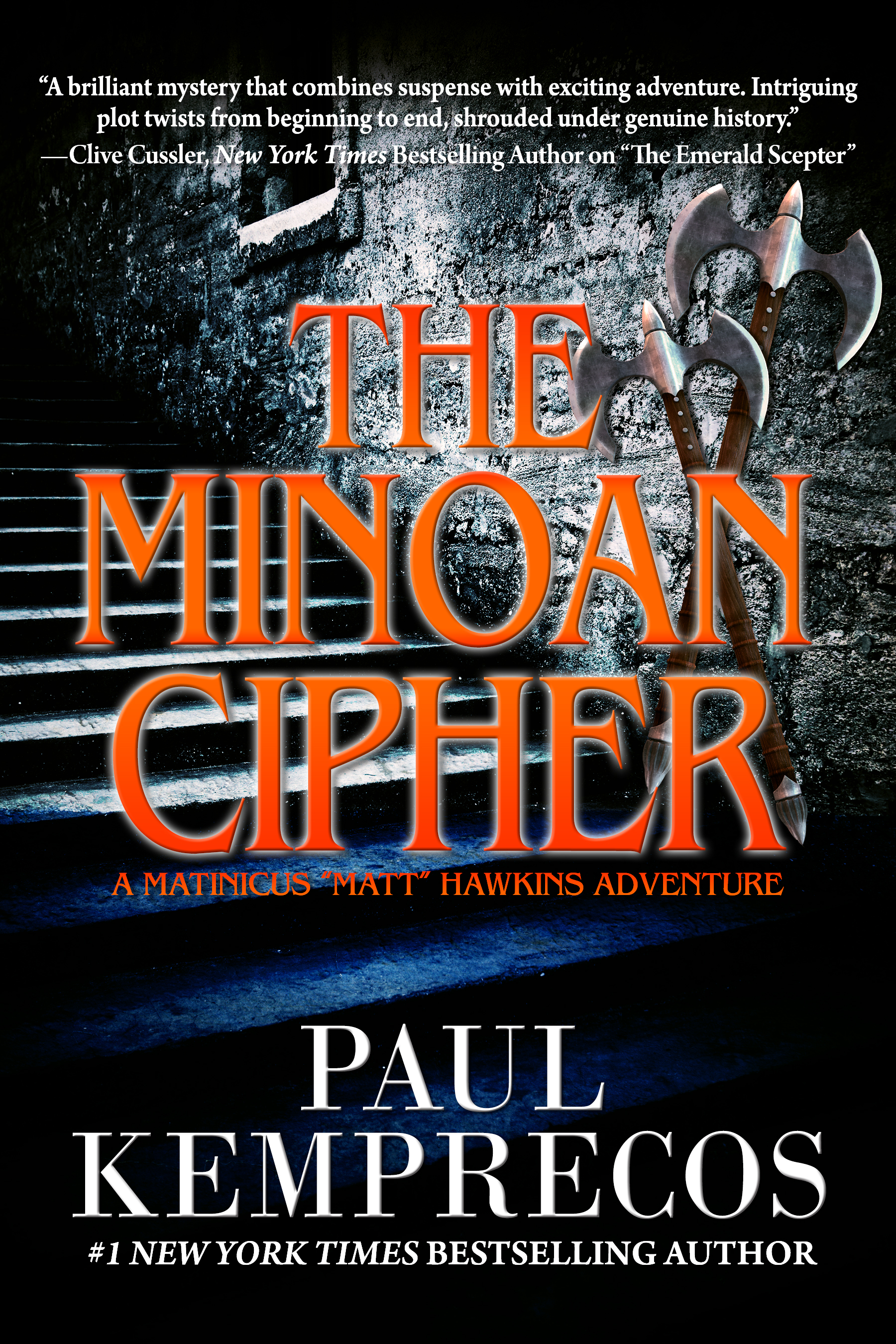 Prologues…love them or hate them, but you’ve got to read them.

You know this little opening device of novels is the target of opposing teams. We’ve all heard about the new maxim that prologues are out. Conferences and online workshops carry this mantra. I’ve even heard people saying they make the point of skipping it. Except there are just as many authors who are still writing them, and succeeding. One such author is Paul Kemprecos whose new book, THE MINOAN CIPHER, opens with a prologue set in ancient times.

Given that the prologue plays such an important part in your new book, how would you convince the nay-sayers?

I used prologues in my detective series, and continued the practice through the Cussler books. I simply liked having an old mystery intersect with a new one. The Cussler prologue format has been highly successful, so readers must enjoy it. Whether the debate is over prologues or outlining versus seat of the pants writing, my advice is to use whatever works best for you.

In your own words, what’s THE MINOAN CIPHER about?

When robotics engineer and ex-Navy SEAL Matinicus “Matt” Hawkins is asked by a Greek archaeologist to survey a Minoan shipwreck, he eagerly agrees to dive on what may be the Holy Grail of underwater archeology. But as he descends in his submersible into the deep, where he will discover an ancient translating device, Hawkins will soon learn that an invisible No Trespassing sign has been posted on the wreck by sinister forces whose prime directive is to destroy anyone who threatens to reveal their existence.

Was it difficult to dive in and write back about Matt Hawkins?

Starting a new book is always difficult, but it’s easier having a ready cast characters who can be plugged into the plot. It’s a huge advantage knowing the backgrounds and quirks of the major players, and how they would act in a particular situation. It saves a lot of time that might otherwise be spent figuring out what makes the characters tick.

What can we expect from him on this new adventure?

Matt Hawkins brings back the team he assembled in The Emerald Scepter, consisting of his ex-wife, his ex-comrade in arms, and an eccentric computer whiz. Together, they take on an ancient cult scheming to destroy a promising new technology that could wean the world off of fossil fuels. He will need all the help he can get to deal with a gang of clone-like assassins and a face-shifting hit man who may or may not be a friend, rescue the Greek archaeologist from her long-fated death in the Labyrinth, and outwit the monster guardian of the Maze.

Although not the main antagonist, early on the book we get to meet Salazar—the ultimate embodiment of evil businessmen. What can you tell us about him?

When I first sketched out Salazar, he was the typical evil businessman, inspired by some of the fossil fuel billionaires who have shown little regard for the fate of the planet. He came off as one-dimensional, so I daubed on a few more layers. He is angry at the cult that has enriched him and at the same time, turned him into a freak. He is far too cold-blooded to engender our sympathy, but the reader will understand why his motivations go beyond the quest for power and riches.

How did you come across the Minoan civilization and was research particularly difficult?

I’ve been aware of the legends of the Minotaur and the Maze for as long as I can remember and have visited Crete several times. I tried to integrate the long-lost Minoan civilization and the mysteries surrounding the Linear A script into a NUMA Files with Clive Cussler, but that didn’t work out. So I decided to use the concept in a Matt Hawkins book. There is so much material, it was hard to know where to start. I was fascinated by the story of Michael Ventris, the genius who deciphered the Linear B script. Ventris died in a car accident when he was still quite young. What if it were not an accident? Who would want him dead? And why? Then I took it from there.

Not that I dwell too much in men’s fashion but when I read the word “kilt,” I think Scotland. However, Minoan men wore kilts, what can you tell us about it?

Although the origin of the word kilt is Celtic, the ancient Greeks wore pleated skirts centuries before there was a Scotland. The short military skirt was known as a chitonium, and the longer version is called a fustanella. The Greek honor guards known as Evzones wear variants of these designs. Rather than have readers trip over the foreign names, I went for the more familiar-sounding kilt.

You worked with Clive Cussler on eight books of the NUMA Files, what was the hardest part of letting that go? By the way, I read quite a few of them, really liked Kurt, except for his silver hair.

I could be glib and say the hardest part of leaving the Cussler series was losing a nice paycheck and the status of a best-selling author. After the pressure of turning out eight books, which relied on a highly successful formula, but a formula nonetheless, it was relief to turn be able to experiment with new characters and revisit my original detective series. BTW, the silver hair was Clive’s idea.

What was it like to work with Clive Cussler?

It was hard work, but lots of fun. Clive’s talent for coming up with a plot or character twist was simply amazing. So many successful authors are writing today in an adventure genre that Clive created. The Matt Hawkins books are a logical extension of my work with Clive, which is why I couldn’t resist playing a joke on Cussler fans in the final pages of THE MINOAN CIPHER.

I am currently working on my eighth Aristotle “Soc” Socarides book. The working title is Shark Bait.  Like the other books in the series, it is mostly set on Cape Cod, which has become a world “hot spot” for the great white shark. The book has no prologue, but I may add one later.

What motivated you to include so many references from Don Quixote into THE MINOAN CIPHER?

The references to Cervantes were originally an effort to make the captain of the salvage boat more interesting. There must have been something brewing in my sub consciousness, because the Cervantes angle provides a link to the Spanish Inquisition, which in turn connected to the castle that was built over the new Labyrinth. I was amazed at the number of familiar quotations that could be attributed to Cervantes. 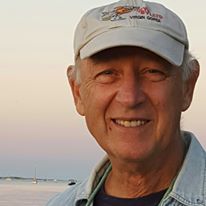 Paul Kemprecos is the author of seven books in the Aristotle “Soc” Socarides private eye series. He collaborated with Clive Cussler in the first eight books of the best-selling NUMA Files series. He is also the author of two Matinicus Hawkins adventures, The Emerald Scepter and The Minoan Cipher. He and his wife Christi, a trust and financial advisor, live on Cape Cod.