Exploring the Inevitability of Fate 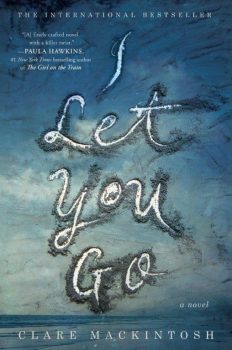 Clare Mackintosh’s debut novel, I Let You Go, was a Sunday Times Top Ten bestseller for 12 weeks, and was the fastest selling title by a new crime writer in the UK in 2015. It also won the Theakston Old Peculier crime novel of the year award for 2016. Translated into more than 30 languages, it has sold over 500,000 copies.

Clare’s latest book, I SEE YOU, is for sale now.

You were in the police for 12 years. How does that experience shape your crime writing?

I loved my police career, particularly the variety. I spent time as a community beat officer, a detective, a custody sergeant, shift sergeant, and operations inspector, including qualifying as a public order commander. I worked in communities I would never otherwise have had experience in, which gives me much more breadth of knowledge for my writing. Working in the police obviously also gives me a head start in terms of building authentic police characters and settings, as well as feeling comfortable writing about police procedure and forensics—although there’s still a lot I have to check.

More than anything, I think that there is a commonality between being a police investigator and being a storyteller. In the police my job was to get to the truth; to write down witness accounts and victims’ statements, to interview suspects, and to present as full a picture as possible to a court. I go through the same process as a writer; I pull together all the different threads of a story, and present them to my readers. It’s their job to get to the truth, just as a judge and jury have to. I Let You Go was inspired by a real-life case—a hit and run in Oxford, England—although the story that unfolds is pure fiction.

You’re British and much of I Let You Go is set in Wales. How did the landscape shape the story ideas?

A huge amount. My main character, Jenna Gray, is traumatized by the hit and run that happens at the start of the book. She is grieving for her son and runs to a rural village in Southwest Wales to try and put her life back together. This part of the book is set in a real place called Three Cliffs Bay. It’s the most beautiful sandy beach, encircled by three high cliffs, with a caravan park at the top. Jenna feels safest and happiest when she is outside, anchoring herself with bare feet on sand, or hands against rock, and she builds an income by taking photographs of messages written in the sand. In this way the setting is an integral part of the story, and as Jenna’s past catches up with her the landscape becomes much more threatening.

You’ve had tragedy in your life. What aspects of you are in your characters? How has writing helped you?

I mentioned earlier that I Let You Go was inspired by a real-life hit-and-run. I was in my early twenties when it happened and profoundly affected by it. I couldn’t see how any mother could survive losing a child. Ten years later I lost my own son—in very different circumstances—and I realized you have no choice but to survive. You keep getting up each day, and you keep taking a breath and putting one foot in front of another, and gradually you get through it. In I Let You Go, Jenna’s grief is undoubtedly my grief, and some of her scenes were both impossible to write, and cathartic to do so.

What are the themes that keep appearing in your writing? What are your obsessions?

I think it changes all the time! In I Let You Go I was fascinated by the way our past influences our future, and in I SEE YOU, my second novel, I explore our tendency to cling to routine; to do the same things, make the same journeys, day in day out. I suppose what links everything I write about is human behaviour; what makes people tick. That’s surely what inspires every writer. 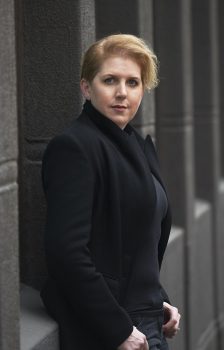 You’re bilingual and spent time working in France. How does that experience inform your writing and will we see that side of your past coming into future books?

I think bilingual might be pushing it, but I’m pretty fluent. I spent a couple of years living in Paris when I was much younger, and I still miss it. In fact I SEE YOU is greatly informed by my time there, as it’s the only lengthy period I’ve lived in a city and been a commuter. I used to leave my flat, in the 9th arrondissement, at precisely 8.05 each morning. The heavy door would swing shut behind me, and I’d fall into step with the other commuters walking to work or to the Metro station. If I left on time, I’d be behind a woman wearing trainers with sheer tights and a pencil skirt, and in front of a man in a suit who smoked a cigar as he walked. If I was late, I’d end up behind the cigar-smoker, and I’d have to overtake him so it didn’t make me cough. It was the first time I became aware of what creatures of habit we all are, but it was years later that I started thinking like a crime writer, and imagining what terrible things could happen as a result of such predictable routines.

Crime novels are the most popular books in the UK. What do you think draws UK readers to crime thrillers in particular? And do you find that strange when you’re from the real crime world of the police?

Most great stories have a crime at their heart, even if they’re not strictly classified as crime. Think about Romeo and Juliet: it’s a love story, but the inciting incident of the whole tale is the feud between two families. It’s full of assault and murder. Crimes are so prevalent in fiction because they are so prevalent in life, and because they wreak so much havoc. They are a natural catalyst for drama, and we are all instinctively drawn to drama—in life and in fiction. In the UK the power of the police comes from the common consent of the public (“policing by consent”), not the power of the state. This is very different to most countries, and leads to a generally more positive relationship between the police and the public. I wonder if this has an impact on the UK’s love of crime novels—the police are interesting, rather than threatening? Who knows?

On a more general level, I think reading crime thrillers is rather like going on a rollercoaster ride. The adrenaline rush comes from the contrast between the terrifying bits, and the slower, more gentle, parts. A good crime novel has a similar effect on a reader.

What are you reading right now? Who are your favorite crime thriller writers?

Right now I’m reading Mount! by Jilly Cooper, an author I idolized in my twenties, and The Long Fall by Julia Crouch, a brilliant thriller writer. I’ve just finished Viral, by Helen Fitzpatrick, which I devoured on a flight to Spain and thoroughly recommend. I’m a big fan of Lisa Gardner and Karin Slaughter, too. 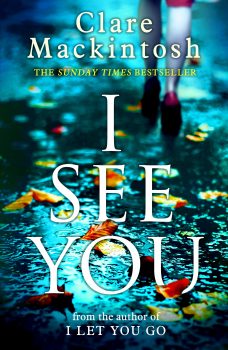 Tell us about your latest book, I SEE YOU. What can readers expect?

The book opens with a woman travelling home from work on the London Underground. She’s flicking through the back pages of a free newspaper, when she comes across a photograph of herself in an advert for a website called findtheone.com. She sets out to find out why it’s there, and uncovers a terrifying business putting female commuters at risk. It’s a very fast-paced, twisty thriller, where no one is above suspicion.

Where can people find you online?

Every quarter I send out a newsletter to members of my book club. It contains details of forthcoming events and release, but also reading recommendations, deleted scenes from my books, video Q&As and much more. It’s a bit like the “extra” DVD in a box set. Readers can sign up for free on my website.