A Rich History, a Vibrant Culture 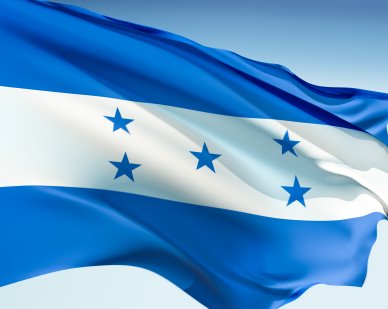 Honduras’ flag inspired a motto used during the 2010 Fifa World Cup: “Un país, una pasión, ¡cinco estrellas en el corazón.” The rough translation is: “One country, one passion, five stars in the heart!” I like to refer to my birthplace as a five-star country.

When I released my novel Firefall, I posted a blog entry titled “Take a tour to Honduras.” To this date, it remains the most visited page. In the still-unnamed sequel, my main character—insurance fraud investigator Sebastian Martin—returns to Honduras in spite of the stinging torture he had to endure during his last visit.

The city that Martin travels to? My nation’s capital:  Tegucigalpa. The Andrews Sisters were a popular all-female signing group of the late 1930’s and early 1940’s. Among their hits they released a song dedicated to—you guessed it—Tegucigalpa: https://www.youtube.com/watch?v=vhJm1Ps6vdM

The core of the city is nestled at the bottom of a valley. What this means to the casual visitor is that the hills surrounding the city become alive every evening, displaying a view that would rival—or even be confused with—a starry night.

As with any capital city in the world, the population is comprised of people born there, people coming from all corners of the country, and of course, the ambassadors of 25 other countries. This influx, plus people from the many consulates, turns the capital into a small hub of international culture. Most recently, there’s sort of a bohemian café Renaissance and people are enjoying the java and the fine restaurants around the historical center of the city. The night life is also vibrant; there’s always something going in some bar, from live music to contests.

Along with the language, after three centuries of Spanish domination we inherited the religion: Christians and specifically Catholics are the most common. The country has many beautiful Colonial-style chapels that are worth a tour by themselves. If you want to pay respects, or to repent from the sins of the previous night/paragraph, you can visit the Basilica of Suyapa, home of the image of  Suyapa. The image was found by a laborer one night in 1747 and it has become the center of devotion for the country. Many Honduran women are named “Suyapa” in her honor.

On a darker note, what if the capital has the dubious honor of possessing the second most dangerous airport in the world? For a novelist, this is compelling. Since my main character Sebastian Martin lost his family in an air accident, I figured it would be trying for his plane to land there.

There is a plan to open a new international airport a few kilometers away, in the area of Comayagua. Some people may see this as fate, as the first capital of Honduras was indeed Comayagua. The president, Marco Aurelio Soto, moved it to Tegucigalpa the day before Halloween in 1880. Comayagua has remained a charming and thriving city. What’s interesting is the location—right in the center of the country, equidistant to Atlantic and Pacific. It was originally founded in 1547 by the then Governor of Yucatan, Francisco de Montejo.

Yes, it also has a cathedral. Point in fact, the oldest working clock in America is at the bell tower of Comayagua’s church. In recent years, the city and central government have organized a large end-of-year celebration. An extravaganza with international and national artists, it might not rival Times Square in New York City, but I’d say it’s a close second.

Another popular event in Comayagua is Easter, when a street is decorated with allusive colorful carpets made out of sawdust. The artful carpets last a couple of days, a temporary art comparable to ice sculpting. Every year the designs vary in their form and complexity.

The Soto Cano Airbase located in the area has raised a few eyebrows over the years because of its shared status between the U.S. and Honduras, but it remains the largest airfield in the country. The Joint Task Force Bravo has fewer than 600 soldiers, while Honduras’ Air Force has more. The base also serves as the academy for pilots, proudly among the best in Latin America.

When you plan your first, or next, trip to Honduras, there’s always something for everyone. 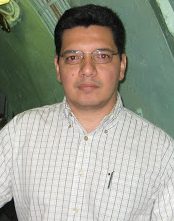 J.H. Bográn, born and raised in Honduras, is the son of a journalist. He ironically prefers to write fiction rather than fact. José’s genre of choice is thrillers, but he likes to throw a twist of romance into the mix. His works include novels and short stories in both English and Spanish.He’s a member of the Short Fiction Writers Guild, the Crime Writer’s Association, and the International Thriller Writers, where he serves as the Thriller Roundtable Coordinator and contributing editor of The Big Thrill.