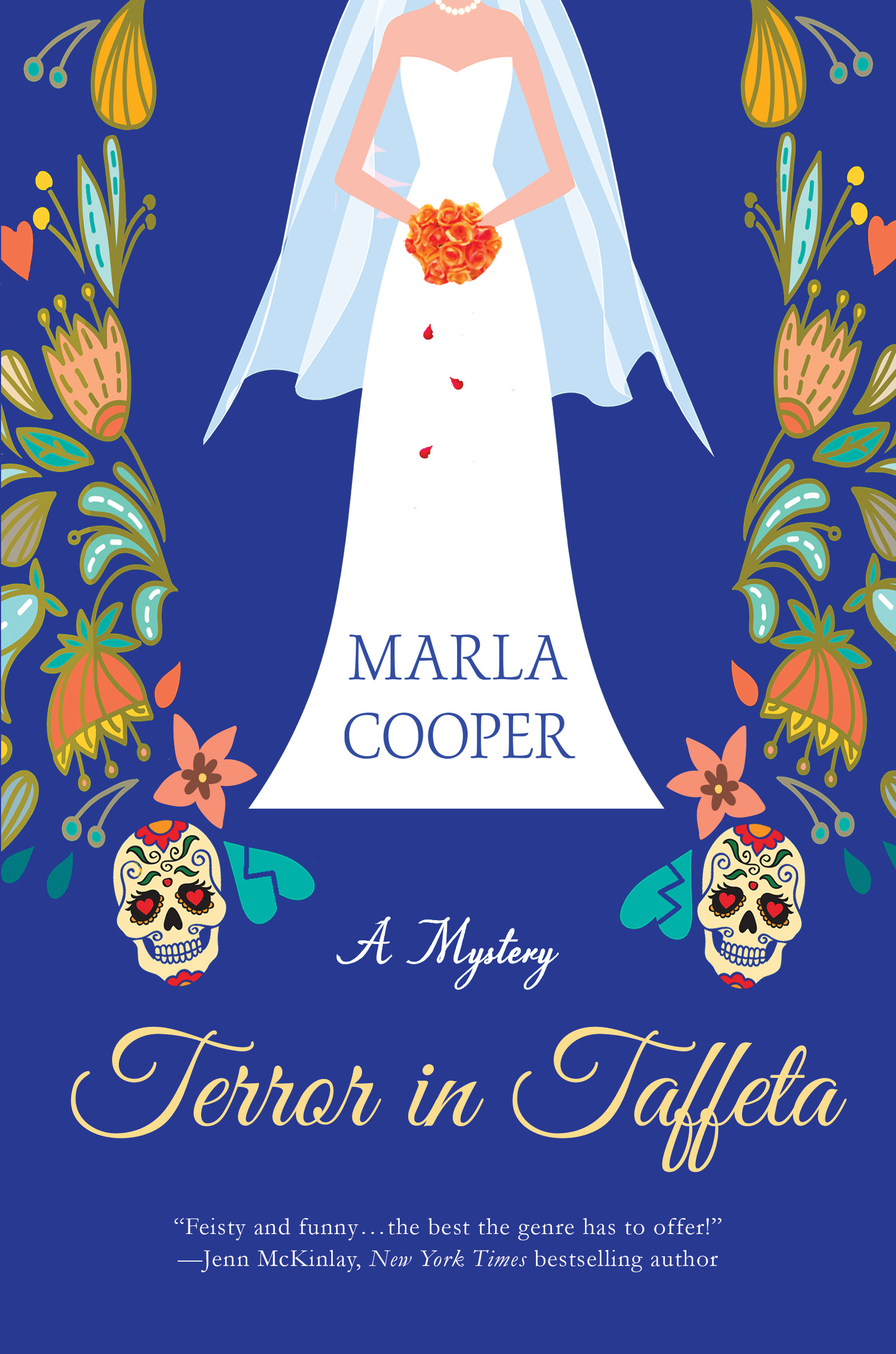 This month, author Marla Cooper brings us TERROR IN TAFFET, the first installment in her Destination Wedding mystery series.

Kelsey McKenna thinks she’d planned out every detail of her client’s destination wedding in San Miguel de Allende. But what she hadn’t planned on was a bridesmaid dropping dead in the middle of the ceremony. When the bride’s sister is arrested for murder, the mother of the bride demands that Kelsea fix the matter at once. Although Kelsea is pretty sure investigating a murder isn’t in her contract, crossing the well-connected Mrs. Abemathy could be a career-killer.  Before she can leave Mexico and get back to planning weddings, Kelsey will have to deal with stubborn detectives, late-night death threats, and guests who didn’t even RSVP.

The Big Thrill recently caught up with Cooper to learn about her work and what goes into writing a good cozy mystery.

What first drew you to writing mysteries?

I often blame my early addiction to Nancy Drew, who taught me at a young age that girl detectives get to drive roadsters and date college guys. And there’s also the fact that I was born in October so I love things that are dark and ghoulish. But if I’m really psychoanalyzing myself, it’s the justice aspect of it. There’s something so satisfying about piecing together the clues, figuring out whodunit, and bringing the bad guys to justice.

Tell us about your main character, Kelsey McKenna.

Kelsey is a destination wedding planner, and it’s up to her to make sure her clients’ weddings go off without a hitch, all while wrangling errant wedding guests, petulant bridesmaids, and demanding mothers-of-the-bride. She’s organized, resourceful, and good at improvising, which comes in handy when anything goes wrong. And at a wedding, something always seems to go wrong.

She doesn’t set out to be a sleuth, but then one of the bridesmaids drops dead in the middle of a wedding in San Miguel de Allende. And when a member of the wedding party is arrested for the murder, Kelsey can’t help but get involved.

Would you describe TERROR IN TAFFET as a cozy?

I like to call it “cozy adjacent.” It has an amateur sleuth with an interesting job, and there’s no sex or violence on the page. There’s also no real swearing, unless you consider “crappity-crap-crap” to be strong language (in which case you may feel free to tsk loudly). But where it differs from the traditional cozy is that it doesn’t have a small town, village setting; in fact, the series wantonly changes location in each book. And there are no crafts or recipes or quirky old ladies. (Not that there’s anything wrong with that.) Cozies are usually lighter than other mysteries, though, and that’s where I think we have the most in common.

Is it hard to inject humor in a mystery?

It is kind of a tall order, what with all the death and stuff. But I find that humor helps us get through the dark times, so it makes perfect sense to me. Sometimes people accuse Kelsey of being flippant; I think she just has a well developed coping mechanism.

There’s also the issue of humor being subjective. A cat appears in the second book, and I became very excited about the idea of naming the cat Tony Danza. I told one of my best friends, and he just stared at me. Apparently that’s a highly specific type of humor that not everyone shares. (Who knew?)

You know, I’ve found that one of my best productivity tools is having a super spoiled and lazy cat who likes to sleep in my lap while I write. I hate dumping him, so I usually keep writing until he’s ready for me to stop. Seriously, I could rent him out.

But when I just don’t feel like doing it in the first place, I commit to writing at least 200 words. If it sucks, I can quit and go do something else. But 97% of the time I get into a groove and end up writing ten times that amount. Because getting started is the hardest part, and once I’m actually committed to writing, the cat steps in to take care of the rest.

TERROR IN TAFFETA is the first book in the Destination Wedding mystery series, and I’m just wrapping up edits on Book Two, which takes place in the California Wine Country. Then comes the fun part: figuring out where Book Three will be set! 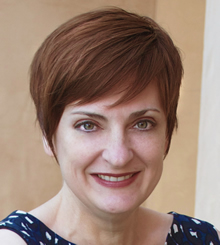 Marla Cooper is the author of Terror in Taffeta, the first book in the Destination Wedding Mystery series. As a freelance writer, Marla has written all sorts of things, from advertising copy to travel guidebooks to the occasional haiku, and it was while ghostwriting a guide to destination weddings that she found inspiration for her first novel. Originally hailing from Texas, Marla lives in Oakland, California, with her husband and her polydactyl tuxedo cat.

To learn more about Marla, please visit her website.