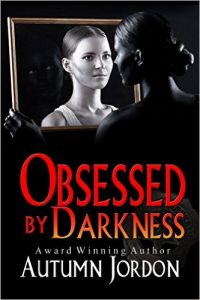 An elite U.S. Marshal team goes uncover on a college campus to locate a drug operation and unearths a psychopath’s murderous plot.

Chase Hunter, the youngest member of the elite U.S. Marshal C.U. F. F. Team, heads an operation on a college campus where a new drug is sweeping the campus and has caused multiple deaths. Chase’s own demons surface and he fights to determine when to trust his gut and when to obey orders, especially when it comes to their number one person of interest, the studious, pretty Emma Lewis.

Chemistry graduate student Emma Lewis’s roller coaster ride begins when she discovers a fellow student dead, inciting the police to probe every aspect of her life. When new student Chase Hunter arrives on campus, he quickly becomes her emotional rock and Emma finds herself falling for him- until she learns his interest in her was all a lie.

A murderer’s plans change as the heat on campus rises and Emma becomes the target of the psychopath. When she goes missing, will Chase find her in time?

OBSESSED BY DARKNESS is available from Amazon, iTunes and Kobo.

Autumn Jordon is an award-winning novelist, recognized by the Romance Writers Of America as a Golden Heart Finalist and a Golden Leaf winner, and by the Kindle Book Reviews as a 2013 Best Indie Romance Author Finalist. Autumn states, “Awards are nice but it’s the reviews of my readers that mean so much more to me.”

CAUTION: She is a quiet nut who has earned the title of “trouble” by her family and friends. If you follow her on Facebook, you’ll see why. Just follow the link on her webpage www.autumnjordon.com and sign up for her occasional, only-when-there-is-breaking-news, newsletter.

REALLY IT’S OKAY: She loves to travel, making new friends easily along the way. Often, it is on her trips that she dreams of adventures for her characters and schemes of ways to put them into danger of losing their hearts to their one true love— as she did to her own hero.