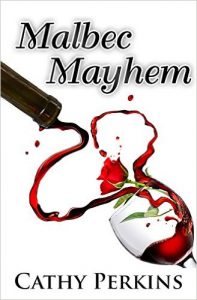 Successful restaurateur Alex Montoya’s charmed life has hit a snag. His trusted business partner turned out to be not exactly trustworthy, and Alex could be facing jail time over some of his partner’s shady financial deals. As if that weren’t bad enough, creditors are calling in loans he didn’t know he had and he’s desperate to prove his innocence before all his businesses are repossessed.

After a career-building stint in Napa Valley, Sofia Pincelli has returned home to eastern Washington to take over the family’s winery. Running the family business, however, means dealing with her ailing father’s continued micro-management—and his disapproval of Alex. Her father’s condemnation of Alex’s rumored involvement in his business partner’s schemes runs so deep, it threatens Alex and Sofia’s blossoming romance…along with the Pincelli family’s signature red wine. Sofia needs Alex’s crop of Malbec grapes to show her father she has what it takes to make award-winning wine—and save the reputation and finances of the Pincelli winery.

When the Malbec grapes go missing, Alex and Sofia must join forces to find the fruit before it spoils—or risk destroying both of their businesses and their hearts.

MALBEC MAYHEM is available from Amazon.

When not writing, she does battle with the beavers over the pond height or heads out on another travel adventure. She lives in Washington with her husband, children, several dogs and the resident deer herd.

June 27 - July 3: "Do your characters have favorite cocktails and meals for the summer?"

Obsessed By Darkness by Autumn Jordon