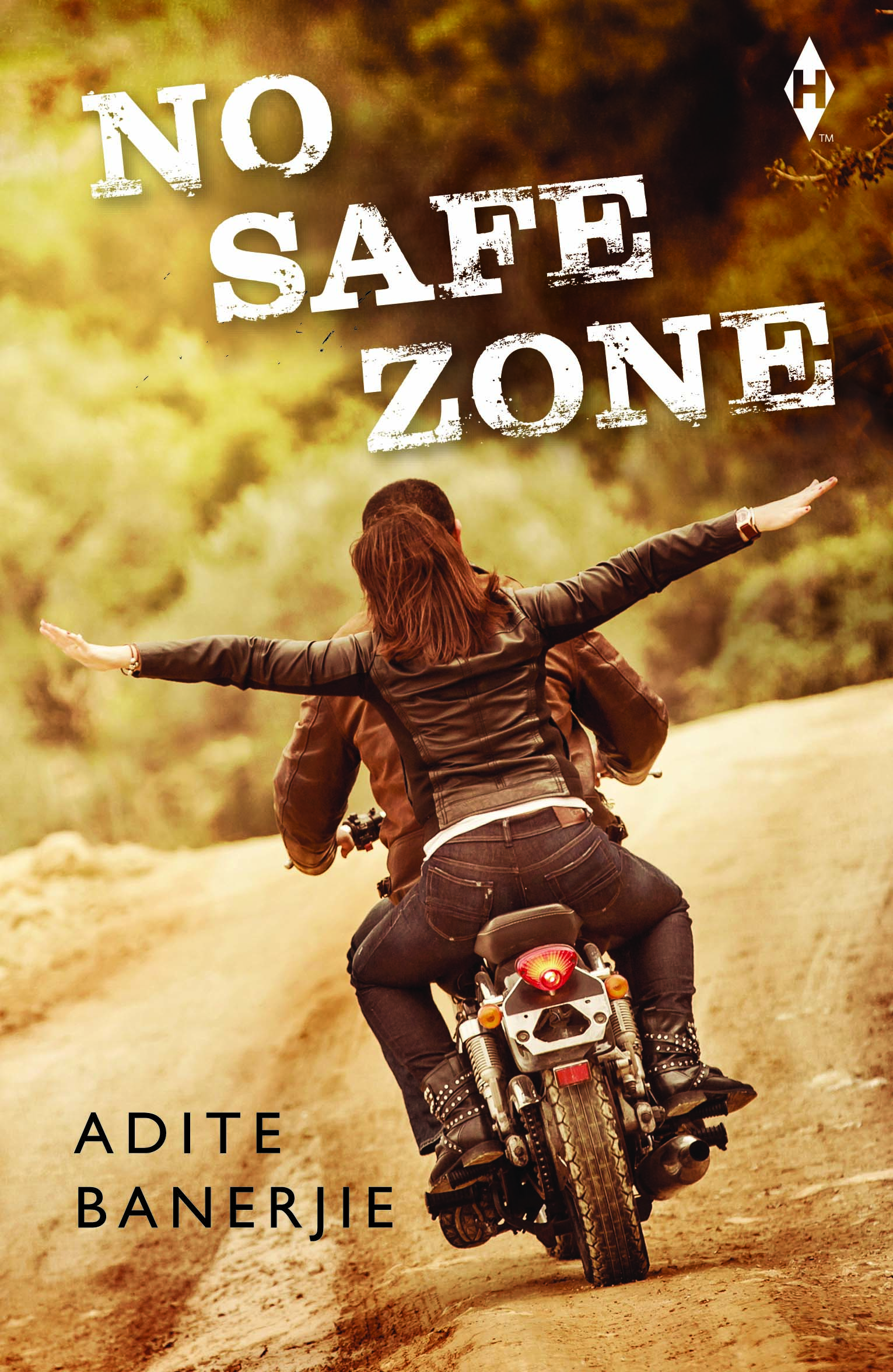 Adite Banerjie has told stories as a journalist, business writer, and screenwriter. Some years ago, her short story was selected as a winner of the Passions Aspiring Authors Auditions. Inspired by the win, she expanded the story and a novelist was born. Her latest book, NO SAFE ZONE, is a romantic suspense thrill ride set in the India environs of cosmopolitan Delhi to the villages and bazaars of Rajasthan.

Qiara Rana is a London-based activist with a non-profit organization. When Qiara’s mentor falls under the murk of an investigation, she vows to save them from ruin. This determination will take her back to India. Meanwhile, Kabir Shorey is an Intelligence Bureau officer working to bust a trafficking ring.

Their lives intersected a decade ago and will again in a high-stakes drama of crime and greed. The past and present collide. Old secrets are revealed. Navigating truth and lies, love and betrayal, Qiara and Kabir discover that in life, there is no safe zone.

In this interview with The Big Thrill, Banerjie answers questions about her journey to publication, her work as a screenwriter, and the very important: How do we  pronounce your first name.

“Interesting that you should ask” she says. “Most Westerners pronounce my name like they would A-phro-dite. A is more like Awe-(as in awesome!)-dee-t-(as in tea).”

Awesome. Tell us how Qiara and Kabir came to be.

Qiara and Kabir’s story has been in the making for a while. More than three years ago, I came across a news story about an Indian woman who was adopted and taken to the U.S., but after her adoptive mother dies without registering her adoption papers, she is deported back to India. The story fascinated me and I started writing it as a screenplay. But the story was turning out to be a bit too dark for my liking and that’s when I decided to bring in Kabir. Of course, the original story also underwent changes. Eventually, I decided to write it as a book rather than a script.

Did your film-making father encourage your screenwriting?

The reason I was into pulp fiction from an early age was because my dad would bring home the latest, most popular books. Though my father loved telling stories, he was not much of a reader. So, he would ask me and my mother to narrate the stories to him. My friends were shocked that he would encourage me to read books that their parents wouldn’t let them even browse through! We always had impromptu story sessions at our home. His friends would drop in and they would discuss stories, movies. Somewhere along the way I became “one of the gang.” I was his sounding board and I would often help in typing up his scripts. He would always say: try to think in 70-mm. If you can see it in your mind, you can tell it more effectively.

How have your fans in India responded to your success in North America?

In an interconnected world—the barriers to reading are falling fast. Readers are discovering new titles and authors, and are keen to explore new cultures. North American readers who have read my novels seem to be drawn to the settings of my books—all of them are situated in India—and are interested in exploring the Indian culture. My Indian readers, many of whom have grown up on a diet of Mills & Boon/Harlequin romances set in foreign lands, pick up my books because they can relate to the characters and the themes. So even though the readers are coming from two different perspectives, they seem to find common ground in my books. For me as an author, that’s great news!

You discovered books at an early age. Which titles made the largest impression?

The earliest books that I read were Enid Blyton’s delightful stories. By the time I was nine-years-old I was hooked to The Famous Five, the Hardy Boys and the Nancy Drew series. Through my teens I discovered Agatha Christie and a whole lot of pulp fiction including Mills & Boon, Harold Robbins, and Sidney Sheldon. The Other Side of Midnight by Sidney Sheldon was one of the books I had enjoyed. Being brought up in a Bengali home, there was, of course, the influence of Bengali literature. The Feluda stories by renowned filmmaker Satyajit Ray were among my favorites. It was only after I started college that I got into lit-fic and Indian English writing. I began reading English translations of the classic Bengali novels by authors, such as Sarat Chandra Chatterjee and Rabindranath Tagore, much later in life.

What conferences do you regularly attend?

I am an online course junkie. I routinely sign up for courses that can help me get a better grasp of the craft of writing. While I find it easy to come up with plots, writing novels does not come easily to me. One of the best conferences I have attended is Robert McKee’s Story Seminar. I recently attended the ITW Online Thriller School because one of my favorite thriller writers—Lee Child—was a guest lecturer. The best thing about the Thriller School was the authors’ generosity in sharing their knowledge and insights.

The long hot summers of Delhi are the perfect time to write. The three essential ingredients are: an air-conditioner running full blast, a continuous supply of green tea, and a succulent plot to keep my brain ticking and fingers flying on the keyboard.

Summertime is perfect for adventure and romance. NO SAFE ZONE has both. 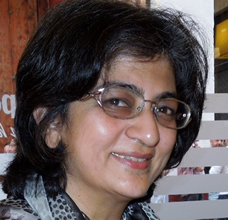 Adite Banerjie discovered the wonderful world of books at an early age which sparked her interest in writing. After a fulfilling and exciting career as a business journalist she turned her attention to fiction. She has penned two books for Mills & Boon (The Indian Tycoon’s Marriage Deal and Trouble Has a New Name) and written several screenplays. No Safe Zone is her first romantic thriller. When she is not grappling with her current work-in-progress, she enjoys spending time with her husband, spoiling their Irish Setter silly and watching back-to-back movies.