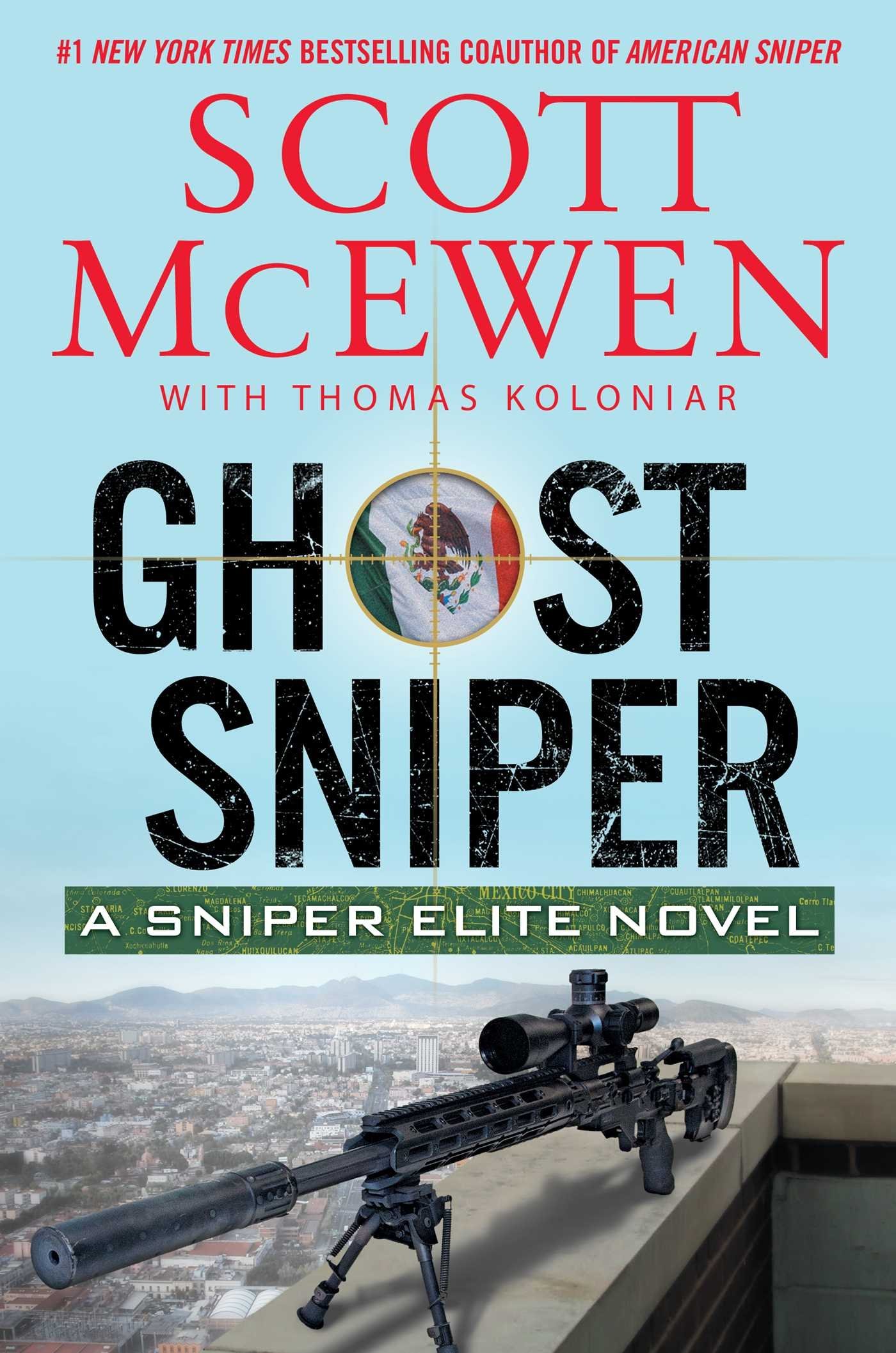 So how much of Chris Kyle is there in McEwen’s thrillers?

“Chris used to tell me a lot of stories that were never able to be put into non-fiction,” McEwen said in an interview from his home in San Diego. “Gil Shannon is certainly not Chris Kyle, but there’s a lot of inspiration from Chris Kyle and others like him in the character.

“Gil Shannon is really an amalgamation of a number of guys I’ve known from SEAL teams. He’s a tough guy, can take a lot of beating and a lot of lead and keeps on moving. There’s people that say that’s outlandish; no one could do that. I point them to a particular Navy SEAL— Mike Day.”

Day was shot 27 times during a single firefight in Iraq, but still managed to kill the four al-Qaeda members who shot him, and then walk to a medivac helicopter. “Anytime people think fiction is crazier than fact, just look at that story,” McEwen said. “That’s really the inspiration for Gil Shannon—the Mike Days, the Chris Kyles ….”

McEwen’s new thriller GHOST SNIPER—like his earlier books—is ripped from the headlines of some real life current events, this time the Mexican drug wars. An American politician and her convoy are assassinated in Mexico City by a ruthless drug cartel leader. When Shannon and his Sniper Elite team go after the killer—a mysterious ex-U.S. military man known as the Ghost Sniper—they uncover political corruption at the highest levels.

McEwan said the issue is a very “personal” one with him because he lives so close to the Mexican border, spends a lot of time there, and sympathizes with the plight of the Mexican people.

“I like to keep the novels as current as possible. It’s a recurring theme that some of the drug lords down there are working with other bad guys, including international terrorists and other things of that nature, which we see in the news more and more these days. I felt the nexus between that narco trafficking world and the terrorist world was an interesting area to explore. That’s kind of where that whole book came from.”

It’s impossible to talk about Gil Shannon and the other U.S. Navy SEAL heroes in McEwen’s novels without thinking of the tragic death of Kyle, who was shot to death on a gun range by a troubled ex-Marine in 2013.

McEwen said working with Bradley Cooper and director Clint Eastwood on the American Sniper movie was an “amazingly fun experience”—and he was pleased that the movie told the Chris Kyle story without changing anything because of political pressures.

A former attorney, McEwen writes the Sniper Elite thrillers with Thomas Koloniar. “He and I have a very good collaboration. I get the real time information, he takes all the stories we put together and does the dialogue. It’s kind of nice because as a writer you sometimes fail to get those 2000 words a day on paper. If you have someone you’re working with, it helps keep you on track. Koloniar really has a natural gift for keeping a breakneck pace of storytelling and a creative mind dark enough to get inside that SEAL world with me.”

The Navy SEAL heroes in his thrillers—although they have to carry out many violent acts—still have a basic moral code by which they live. For instance, one character in GHOST SNIPER draws the line at kidnapping innocent members of someone’s family. “I think all of these guys have to keep their version of the code together,” McEwen said. “They have a job to do, but their jobs also involve going home and looking at themselves. I think it’s important that the characters reflect that reality. “

He said his interest in the Navy SEALs and the military began while he was still a lawyer.

“I did a lot of work for SEAL charities and guys getting out of the SEALs. From there I started doing pro bono work, trying to help out families, women trying to get cars fixed while their husbands were deployed—things of that nature. I got to know a lot of team guys through that. I was introduced to Chris, and we became drinking buddies and friends.”

Next up for McEwen is another non-fiction book about Navy SEALs; more Sniper Elite “thrillers; and—maybe most exciting to all the fans of his books—a Sniper Elite: Gil Shannon movie.

“We’re doing the finishing touches on a script. SONY/Columbia has acquired rights to the first two books to the series. I think it’s going to be a very real movie, very soon. I’m not at liberty right now to discuss the actors. But it’s a pretty impressive group of people that are getting lined up for this.”

Meanwhile, McEwen continues his work with military charitable organizations, including the Navy SEAL Team Foundation, to help returning war veterans struggling with physical, mental, and emotional issues. “One of the messages I like to give is ‘you’re not alone, there are people out there to help you to work your way back into American society. I think the American people and American society deserve to help these guys.”

The Body Reader by Anne Frasier