A Blistering Collection of Short Stories 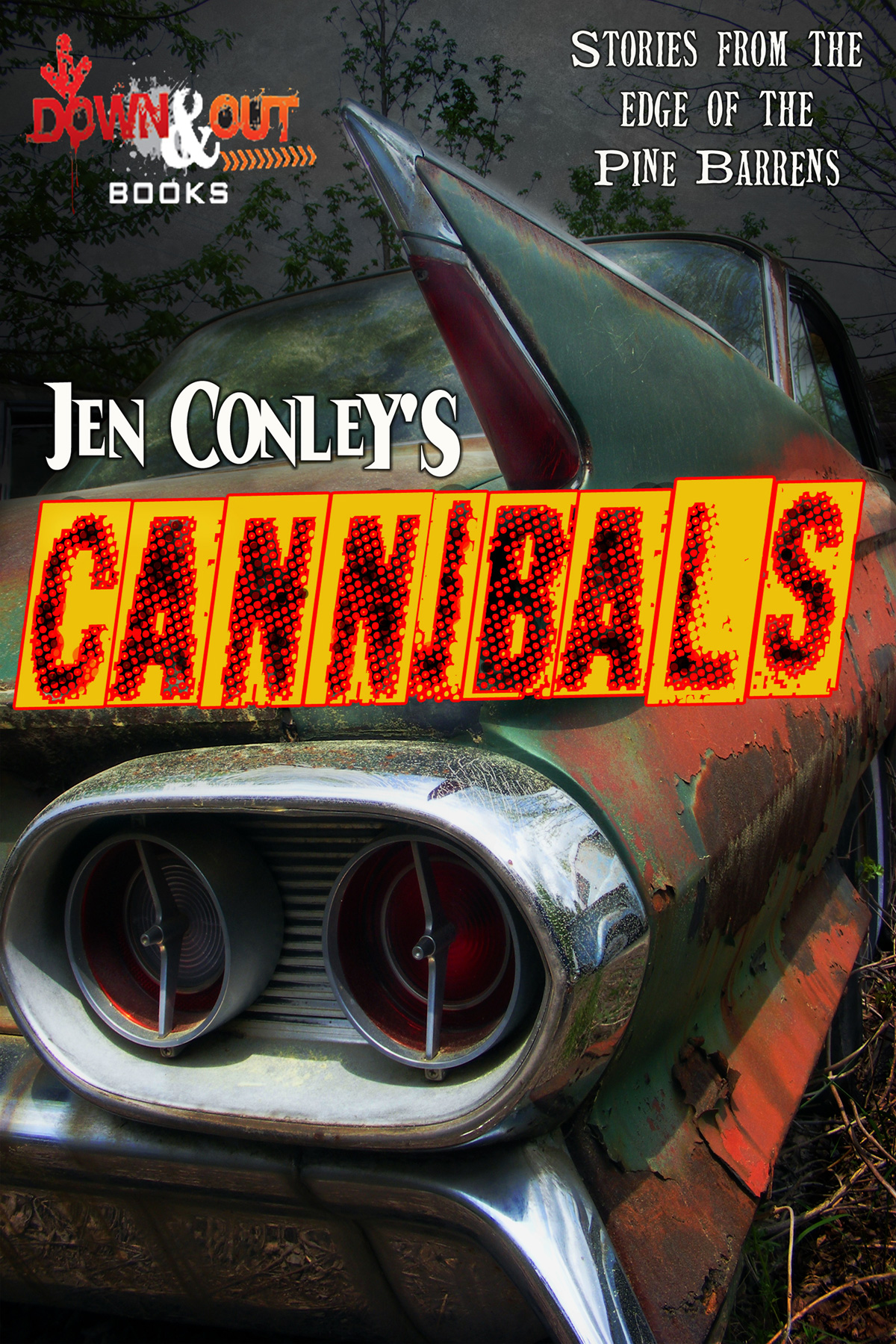 Jen Conley is a closer. Her short stories–packed with bite and meaningful and evocative twists–don’t just impress you, they stick with you. As someone who has hosted a handful of Noir at the Bars, I can attest to this. When you put together a lineup of short story readers, you’d be foolish to put Conley anywhere but last. She’s that good. She’s a closer.

CANNIBALS: STORIES FROM THE EDGE OF THE PINE BARRENS takes readers on a tour of the New Jersey you thought you knew. Not the Jersey gleaned from too many episodes of The Sopranos, but the Jersey you’d find near its center, where the mundane lives of many can be disrupted in a moment through violence.

Music, murder, extramarital affairs, blood, lies and double-crosses are front and center in this collection of Conley’s best and most eyebrow-raising tales, and you’ll be left shell-shocked and looking around for the next volume.

It was a pleasure to get a chance to talk with Conley about the book and what inspired here.

Jen, what motivated you to put together a short story collection?

I’ve always loved short stories–reading and writing them–and putting a collection of my stories together was just something I always wanted to do. But I wanted to make sure my collection was something I could be proud of, and that means loving each and every story, so it took a long time until each story came to me. I didn’t want any filler stories–because that’s a major problem with story collections if a writer is just writing to put together a collection.

How did DOWN & OUT become the right fit in terms of publishing?

Most of my stories fall under crime fiction, or at least gritty, something DOWN & OUT does. Short story collections are a hard sell and I was concerned when I pitched it that they wouldn’t be interested, but luckily they were. The stories are loosely connected, if not by characters but by geography and class. DOWN & OUT is established, they do gritty crime fiction, it’s also a good indie publisher. It seemed like a perfect place for me.

What can you tell us about some of the stories in the collection? I know your stories are Jersey-centric, but how would you describe them to someone unfamiliar with your work?

I would say they’re pretty gritty, some peppered with a horror feel, dark, almost rural noir. Still, it’s New Jersey, so it can’t be true rural noir, I think. They’re mostly stories about people who are working class, blue collar, without many choices–Springsteen type of stories. I’ve said this before but I was never a Springsteen fan growing up because I was afraid I was going to end up like the people in his songs. I always found his lyrics extremely sad and for me, frightening. I’ve read a ton of high brow literary fiction, especially short stories, and it’s pretty ironic that type of writing that turned out to be my niche wasn’t high brow literary fiction but the type of writing that emulates the thing bugged and scared me the most.

Are there short story writers you admire, in and out of the crime genre?

Flannery O’Connor, of course. I really loved Frank Bill’s collection, Crimes in Southern Indiana, and I was very happy to read that because most of the collections I’ve ever read were literary.

When I was young, I loved Mary Gaitskill’s Bad Behavior, and later on, Annie Proulx became a real favorite of mine. I also love the stories by Edward P. Jones and Ron Rash.

A women’s thriller with a little dose of horror. It’s about a woman who gets involved with a bad man. I know that’s cryptic but basically it’s a relationship novel, about a woman who wants very much to settle down because she wants a child, a family, and she feels like she’s running out of time so she’s ignoring what’s really going on–which is secrets, abuse, and that touch of horror. I like my horror to be more creepy, hidden, without special effects so to speak. So when I say horror, I mean a quieter, unsettling type of vibe, not a monster vibe. There are no spinning heads or grotesque faces. Like my short stories, the horror in this novel is more background noise, sort of a thread of the story, not the main line.

Was it hard to decide on the stories to include? Did any barely miss the cut?

Yes, it was difficult. I write a lot about kids and I have many stories where they’re the main characters, so I pretty much just cut some of my kid stories.

“Debbie the Hero” almost didn’t make the cut because I was concerned about the topic, which is teenage pregnancy.

What inspired some of the pieces in the collection?

“Home Invasion” was inspired by the foster care system. The main character in this story has been in and out of the system and now he’s aged out. I wanted to write a story about a young guy who at his core isn’t a bad kid, but because of his childhood, because he’s had a poor support system, he’s susceptible to getting involved in bad situations.

“Kick” was inspired by the aftermath of Sandy. I live down in Brick, New Jersey, and we were one the towns that got our asses kicked by that friggin’ storm.

For the last decade of my grandmother’s life, she lived in a mobile home park for retirees. She loved it there. However, having the demented mind that I have, I always thought the place would make a great setting for a murder story. “Eleanor” is that story.

“Metalhead Marty in Love” has that unrequited love theme and I wrote it like one of those big old rock ballads from the early 80s: REO Speedwagon’s “Keep on Loving You” or Journey’s “Faithfully.”

You’re a big music fan–and have great taste! Did that play any part in these stories?

Ha! I don’t know if I have great taste all the time. I love the cool stuff but I also like some of the goofy stuff too. But you’re right–music is a huge factor in my writing. Sometimes I use it to set the time period, like in “June.” The main character is listening to the Velvelettes, which helps the reader know we’re in the early 60s. In “It’s Hard to Be a Saint in the City,” Eddie Callahan wears a grungy Led Zeppelin shirt–a way to show he was a burnout. In “Pipe,” Tyrell wakes up to Grand Master Flash sequeing into Van Halen, which not only puts you in 1983, but also sets up the segregated world he lives in. In the early days of MTV, rap wasn’t embraced, and very little of it made to Top 40 radio. But “White Lines” did, and that’s the Grand Master Flash song I was thinking of when I wrote the story. “Metalhead Marty in Love” is all about music–it’s about a guy breaking into the late 80s metal scene. Andrea Vogel, a recurring character in the collection, had a husband who was in a cover band that did the Allman Brothers, Grateful Dead, Springsteen and so on.

Music–whether that’s rock, Top 40, rap, oldies–that’s always been popular. So I suppose I use music like, for a lack of a better phrase, background music. It helps put the reader where I need them to be. I never want to be pretentious, which is why I try to find music that isn’t obscure or isn’t always considered “cool.” I just want to show that this is the music that my characters listen to, or that they hear on the radio, in the house, car, or backyard.

What have you been reading and enjoying lately?

I’ve been reading a lot of thrillers, Girl on a Train type of stuff. I used to read a lot of literary fiction and literary short stories but because I’m writing a women’s thriller, I’ve been saturating myself with female-oriented thrillers. The best one I’ve read so far is Eileen by Ottessa Moshfegh. It’s a slow burn but it’s smart, extremely well-written, and very, very dark. It sets the bar high for me and I’m doing my best to reach that bar. 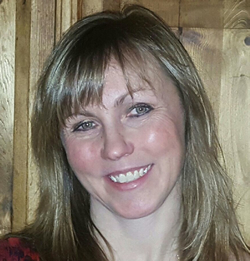 Jen Conley’s short stories have appeared in Thuglit, Needle: A Magazine of Noir, Crime Factory, Beat to a Pulp, Out of the Gutter, Trouble in the Heartland: Crime Fiction Inspired by the Songs of Bruce Springsteen and many others. She has contributed to the Los Angeles Review of Books and is one of the editors of Shotgun Honey. She lives in New Jersey.

To learn more about Jen, please visit her website.