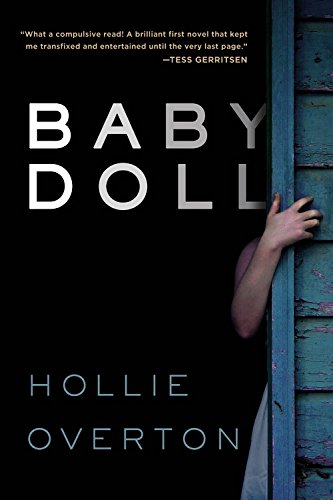 Hollie Overton grew up in a tiny Texas town with a population that hovered just under 20,000. Painfully shy as a teenager, she was encouraged to audition for a local production of Joseph and the Amazing Technicolor Dreamcoat. The moment she stepped on stage, a lifetime in the arts began. After studying theater at The American Academy of Dramatic Arts and writing at Hunter College and Burlington College, she moved to Los Angeles, where she joined the writing staff for the CBS drama, Cold Case. That led to two seasons writing for Lifetime’s The Client List and the ABC family drama Shadowhunters. Her debut thriller, BABY DOLL, will be published in the UK by Penguin Random House and by Hachette Red Hook in the States.

Knowing a little bit about your personal life, especially your childhood, I think it’s hard not to draw parallels to your novel, its story and characters. Can you talk a little about that? How much did your personal life influence BABY DOLL?

The initial idea for BABY DOLL came at a time when I was unemployed, having lost my TV writing job and planning a wedding I knew we couldn’t afford. While I battled my anxiety, I spent a lot of time watching the news and that’s when the story broke about Ariel Castro, the Cleveland man who held three women captive for ten years. What those girls endured was unthinkable and I found myself obsessed with what would happen next. My mother and my twin sister Heather are the most important people in my life and I couldn’t imagine what would happen if we were separated for that long or how we’d pick up the pieces.  I kept thinking how each of us would handle such a horrible loss; so that was the jumping off point.

There were a lot of relationship and character moments in BABY DOLL that came from real life. To me, the twin dynamic is the heart of the novel. My twin sister, Heather and I are best friends, and I have a lot of twin friends. It’s an amazing relationship, but it can also be incredibly co-dependent (or dysfunctional depending on the day, week, month, etc). I wanted to play that out in a novel. But I also wanted to show the good parts of being a twin. There are things that my sister did or that I blamed her for doing that play a big role in BABY DOLL. It’s fun working out my issues in my writing. It’s basically free therapy

This has a similar vibe to ROOM. What is the fascination with this kind of thriller, and why is it important to focus on escape and recovery vs capture and torture?

These types of stories are fascinating because they expose people’s darkest nature.  A man who will take what he wants no matter how unlawful or immoral goes against everything that society teaches us. I felt really drawn to telling a story about that through the perspective of a multitude of characters. I knew that Emma Donoghue created a beautiful book when she wrote Room, a story all about surviving captivity. But I always saw BABY DOLL as an entirely different book. It’s the aftermath of captivity. That’s why Lily, my main character, escapes in the first chapter. We never go back inside the cabin where she was kept. I always wanted to explore how Lily’s abduction alters the course of everyone’s lives, especially her twin sister Abby.  To me, that’s the heart of BABY DOLL, the relationships and how Lily’s kidnapping shattered their family and what it takes to put the pieces back together.

What was the genesis of BABY DOLL? Did you have the story plotted out in your mind when you started writing it?

I used to think that it was annoying when writers talked about how they had an idea for a novel and the writing just flowed. Now I’m one of those writers.  The first ninety pages of BABY DOLL came very easily and then I realized I had no idea what I was doing. My twin sister, Heather, encouraged me to take a writing workshop, which was instrumental in focusing my work. My instructor, Eduardo Santiago gave great feedback and as I continued to workshop my pages, the story emerged. This strategy goes against everything I do as a TV writer where I always outline and have the plot clearly laid out before I start writing.  Writing a novel with a looser structure was freeing. I didn’t have to worry about act breaks and structure and I could just write. Once I completed the first draft, I had to go back and focus on the plot and make sure everything tracked but I being able to  explore these characters in a deeper way.

Has your sister read the book, and what did she think?

My twin sister Heather is my biggest fan. I credit her for giving me the push to finish BABY DOLL. Working as a TV writer, I was used to writing a script in a few months and moving on to the next one. Writing a novel requires infinite patience and takes a long time to reach the finish line. Any time I felt discouraged, Heather would tell me to shut up and keep writing. She also read every single chapter at least a dozen times and didn’t even get mad when I stole things from her life, which I did… a lot.

In researching your story, I found an essay you wrote about your childhood and your relationship with your father. There was intense abuse there — not only physical, I think, but emotional. In writing BABY DOLL, did you learn things about yourself or your family that you didn’t know before?

Growing up, I didn’t know much about my father other than he was an alcoholic and seemed incredibly troubled. When I was older, I discovered the reason for his problems. In his teens and twenties, he was part of “The Overton Gang” in Texas, a crime gang that wreaked havoc on Austin. They were outlaws and my father seemed to embrace that life. When he met my mother, he tried to turn his life around. They even adopted my twin sister and I but he never seemed able to escape his own demons. My father never physically abused my sister and I, but we witnessed violence in our home, watching him abuse my mother and my stepmother.  Being exposed to that kind of anger at such a young age certainly changes your outlook on life. It’s one of the reasons I’m so obsessed with the power dynamics that occur between men and women. In BABY DOLL, I also wanted to explore victimization and how a young woman would overcome this kind of abuse and not just escape her abuser but become the ultimate survivor.

What’s next, are you working on another novel?

I’m writing like a crazy person, which is good because I love what I do. My second novel will be out August 17, 2017.  The Walls is about a single mom, Kristy Tucker, a Public Information Officer for the Texas Department of Corrections, who handles everything from inmate interviews to chronicling the last moments during an execution. When she falls in love and marries an abusive man, Kristy, realizes she must utilize the criminal justice system she knows so well, and she sets out to get rid of her new husband — permanently.  The Walls explores domestic violence, the morality of murder, and how far one woman will go to protect her family.

And lastly, the July issue will pose the following question to all the featured writers: When the summer weather beckons, what strategies do you use to keep your “butt glued to the chair?”

The good thing about  living in Los Angeles, is that you always have good weather so not working really isn’t an excuse. Of course, it’s still hard when there are BBQ’s and trips to the beach happening. The fear of missing a deadline and messing up my publisher’s timeline is a great motivator to sit down and write. But I also set small goals. I tell myself, ‘this week I’m going to write 3,000 words, so next week I can take off and hit the beach.’ Usually when I set smaller deadlines, I always surpass them but without that number I have to hit, it’s easy to slack off. 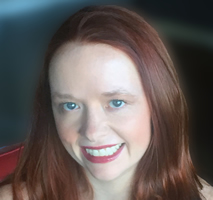 Born in Chicago, Illinois, Hollie was adopted at six days old, along with her identical twin sister. Growing up in Kingsville, Texas, Hollie always dreamt of bright lights and big cities. Hollie’s love affair with storytelling led her to NYC, where she studied acting at the American Academy of Dramatic Arts, writing at Hunter College and Burlington College and mixology in Murray Hill.  After heading to Hollywood with dreams of becoming a star, her celluloid claim to fame was one episode of TNT”s “Leverage,” opposite DB Sweeny.  Hollie realized her talents were better suited behind the scenes and she landed her first big break in 2008, when she was accepted into the coveted Warner Brothers Writers Workshop, a boot camp style program for aspiring TV writers.  After completing the workshop, Hollie went on to write for TV shows “Cold Case,” Lifetime’s The Client List,” and the hit Freeform drama (formerly ABC Family) Shadowhunters, based on Cassie Clare’s international bestseller “The Mortal Instruments.” Hollie’s second novel, THE WALLS will be published August 2017.  Hollie lives in West Hollywood, CA with her husband and four-pound rescue pup Stevie.