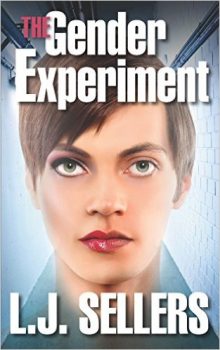 When bodies with unusual traits start showing up in the morgue, intern Taylor Lopez is alarmed enough to dig into the dead men’s profiles. After discovering they were born at the same clinic two decades earlier, she investigates further and uncovers a startling list. With the realization that more gender-fluid people are targeted for elimination, Taylor kicks her investigation into high gear. But Major Blackburn, the researcher who conducted the experiment, isn’t about to let anything interfere with his plans.

Soon Taylor is in deep trouble and needs the help of FBI Special Agent Bailey. As Bailey scrambles to track down leads, events spin out of control and she finds herself blocked at every step by powerful military forces. With the clock ticking on Phase 2 of the experiment, can Bailey and Taylor uncover the truth in time to save the other young subjects?

THE GENDER EXPERIMENT is available from Amazon.

“One of the best thrillers of the year.”—Readers Favorite Awards

“So packed with page-turning action, it’s like taking a ride on a bullet.” —Andrew Kaufman, bestselling thriller author

“The Gender Experiment is riveting and original, with non-stop, heart-pounding action. I fell in love with the characters and can say unequivocally that this is the best book I’ve read this year.”—J Carson Black, NY Times best selling author

L.J. Sellers writes the bestselling Detective Jackson mystery/thriller series—a four-time winner of the Readers Favorite Awards. She also pens the high-octane Agent Dallas series and provocative standalone thrillers. Her 18 novels have been highly praised by reviewers, and she’s one of the highest-rated crime fiction authors on Amazon.

?L.J. resides in Eugene, Oregon where many of her novels are set, and she’s an award-winning journalist who earned the Grand Neal. When not plotting murders, she enjoys standup comedy, cycling, and zip-lining. She’s also been known to jump out of airplanes.