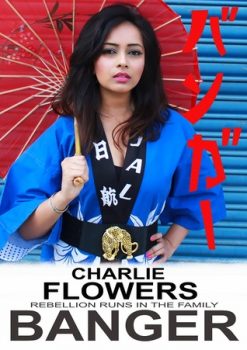 Readers of the Riz Sabir Thriller series will know of Riz’s wife, the hard-bitten, gum-chewing girl gang leader Holly “Bang-Bang” Kirpachi.
… Ever wondered how she got like that?
– How did she meet Riz?
– How did she join that girl gang?
– How did she get all those awful tattoos?
– And why does she think she’s Japanese?
Well, wonder no more. These and other questions you’ve been dying to ask are answered in…

BANGER: Holly’s school diaries from 2005 to 2007
BANGER: A sweeping tale of street racing, burlesque and Yakuza that flies from Dubai to Singapore to Tokyo and… Romford
BANGER: REBELLION RUNS IN THE FAMILY

BANGER is available from Amazon.

Charlie Flowers is published by Endeavour Press, and is a member of the Crime Writers’ Association and International Thriller Writers Inc.