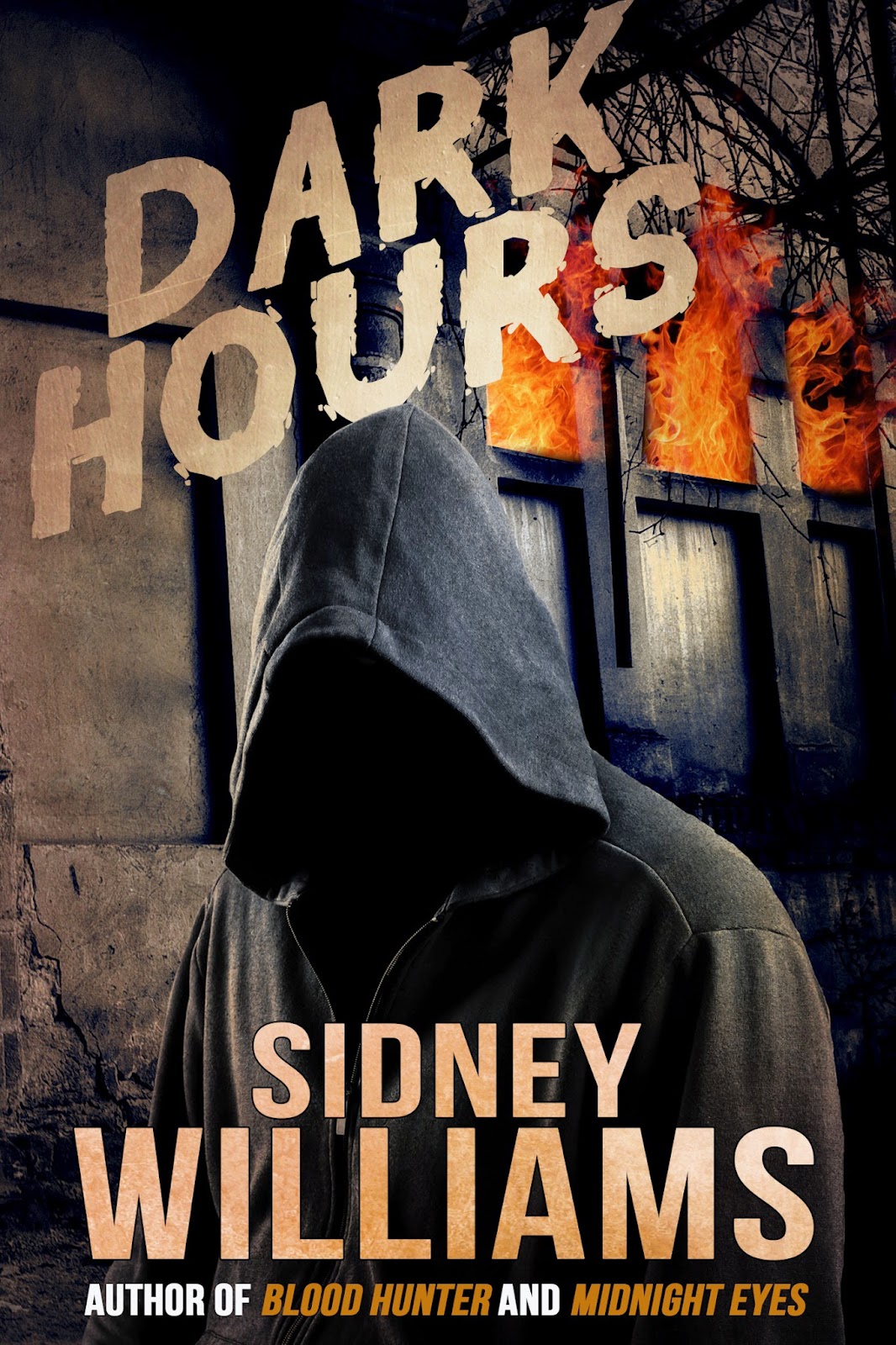 Sidney Williams is a self-proclaimed nerd with an oversized enthusiasm for creativity in all its forms; apropos for a professor of creative writing. His newest novella, DARK HOURS, features student journalist Allison Rose. Ali is the Associate Editor of the campus newspaper at Pine College, and takes her job seriously. On a stormy night the newsroom at the Evergreen Gazette is abuzz with campus issues: parking problems, condemned buildings, leaky roofs. But Ali is more interested in the rumor that an escaped murderer is hiding on campus. Students are on edge. But no one, not the cops, campus security, or even her editor, seem interested. Then she gets a text: You write good stories, Aligirl. Want an exclusive?

This thriller transpires in a single night, perhaps inspired by a dare. A number of years ago, another author urged readers to consume his novel in one sitting—and Williams took him up on the proposition. On a plane flight, he ran through the book in one sitting, and had a lot of fun. Now, Williams is challenging readers to sit down and become immersed in Allison’s world and experiences: to join in the descent into darkness.

As a reporter who worked the nighttime crime beat was there a particular incident that inspired DARK HOURS?

I covered quite a bit of crime and followed cops down some dark streets, but actually it goes back to when I was still a student. A jail break occurred at a county lockup, which in Louisiana is called a parish lockup.

Ten or eleven prisoners escaped at one time, a huge deal when you think about it. There were rumors that one escaped murderer was hiding out on the college campus. The period of fear that lasted until everyone was caught gave birth to a short story first, called The Exclusive.

What journalistic skills did you pass down to Allison?

My style as a reporter was laid back. I’d take it easy and let people start talking to me. Allison is a little more intense and driven. She’s tenacious and, in fact, can’t let go of things that matter to her. She can’t do half-assed on things that she cares about.

Maybe I share a little of that with her, though. I’ve gone to the mat a few times in my life over the principle things.

Have the journalistic standards of news bowed too much to entertainment? Too much to pop culture?

There’s certainly almost a sports-like feel to political coverage these days. It keeps a lot of issues from getting the attention they need. Often it’s the satirical shows that drill down on issues, though there are still places that interesting journalism is happening. It’s not getting in front of you if you’re passive, though. You have to be aware and looking for it. Allison certainly wants to be the kind of reporter who grabs people by the collar and shakes them and says, “Wake up! This is going on.”

How has social media influenced this change?

We’re all armchair pundits now, and we have friends who fill their timelines with opinion pieces or graphic sentiments. Do those sway people? It gets back to the sports metaphor, I guess.

On the other hand, I think we’re all getting a lot of breaking news from social media when someone’s shocked by a report and posts or tweets. Allison uses Twitter in my book because it’s a reporting tool, and we get a sense that she’s been using it to drive traffic to her articles. It winds up being an important part of the story.

Did you make any cultural statements in DARK HOURS?

Allison wants to be more like the reporters in the film Spotlight, but there’s subtext in my story. She wants to be a serious journalist and treats her work even in college media as dead serious. She’s the target of jokes from younger journalism students who think she’s too solemn, and there’s a real sense she’s in an under-funded academic program, tucked away and not taken seriously by the college administration. Journalism shouldn’t be a dying degree program, but we’re in a rugged spot in America in many ways.

I’d have to say it’s The Mystery of the Green Ghost by Robert Arthur and starring The Three Investigators. In those days the books in that series were packaged as Alfred Hitchcock and the Three Investigators. They’d always report to Hitchcock at the end of the stories in case something they did might make an interesting film for him. It allowed for all the loose ends to be tied up as well by the answering of Hitchcock’s questions.

To me, then, it was just thrilling and spooky fun, and I suppose that blend of horror and thriller styles has had a long-lasting impression on me. There’s probably just a touch of that in DARK HOURS.

Thank you, Sidney Williams, for spending time with us at The Big Thrill. 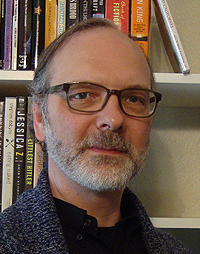 Sidney Williams is the author of numerous traditionally published books, and he is currently published by Crossroad Press, which has brought out many of his original novels, plus a couple of new books, in Kindle and other e-book editions.

Sidney has worked as a newspaper reporter, marketing professional and more recently as a professor of creative writing.

To learn more about Sidney, please visit his website.