In Search of Redemption in 118-Degree Heat 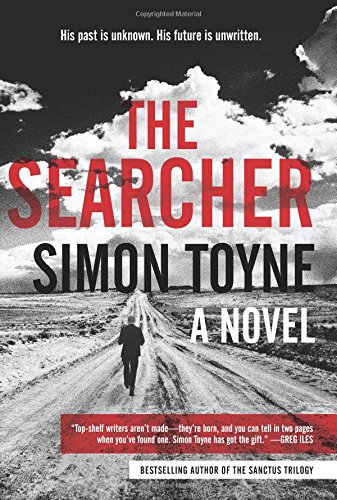 A man walks barefoot from a burning plane wearing an elegant suit jacket with his name stitched into the label. Ahead of him, a small town shimmers in the desert heat. He doesn’t know where he is, or who he is, or even if he was on the crashed plane—the only thing he knows for sure is that he has come to the town to save someone.

This is the opening scene of THE SEARCHER and also the first solid image I had of the story. A new book often starts this way for me, with a scene or an image, and from this glimpse I knew I needed to find a desert town, so I booked a trip to Arizona.

I’d been to Arizona once before in my mid-twenties on a road trip with friends where we drank beer and hustled pool across America. Coming from green, leafy England, Arizona had seemed like a different planet to me, with its strange, spiky plants, bleak elemental beauty, and vast harsh landscapes. Arizona is more than twice the size of England.

My journey back to the desert started, oddly enough, in the Grand Hyatt hotel in New York. I live in the UK, so I tagged my research trip on the end of my annual pilgrimage to Thrillerfest. This meant I was heading to Arizona in July, when most sane people avoid it for good reason.

I landed in Phoenix, picked up my hire-car and noticed the outside temperature was 118 degrees. I cranked up the AC until snow started coming out of the vents and set off east from Phoenix on the Apache trail, heading towards the Superstition Mountains, so called because the Pima Indians feared the mountains and believed spirits lived there 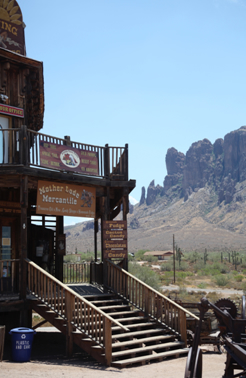 Author dream: a mining-town saloon in sight of Superstition Mountains

I knew my town needed to be a worked-out mining concern that had seen better days and was now surviving on tourism. It also had to be close to the Mexican border and I had drawn up a list of likely candidates. The modern writer can location scout without leaving their home these days, but Google Earth can’t tell you what the rain smells like in the desert or what 118 degree heat feels like (which, incidentally, is as if your energy is being sucked out of you and your eyeballs are being gently poached in your head). You can’t have a coffee or a beer and talk to people face to face unless you get out of your office. You also don’t get the full impact of seeing a flat expanse of desert entirely filled with aircraft, which is what I experienced outside Tucson at the Pima air and spacecraft museum (also known as The Boneyard).

This is a 2,600-acre expanse of desert filled with more than 4,000 aircraft ranging from fighters to heavy bombers. They park them in the desert because the caliche is like concrete, so there’s no need to construct hard standing, and the arid air reduces corrosion to almost nothing. They cover the engine cowlings and windows with a latex skin to keep the dust out, which gives them the appearance of being blinded.

My next stop was Bisbee, an old copper mining town an hour and a half south east of Tucson. J.A.  Jance grew up here and it’s the setting for her Joanna Brady novels. I spent the night in the Copper Queen Hotel, in the same room where John Wayne once stayed. The hotel prides itself in its three resident ghosts and as THE SEARCHER has a strong sense of the past and the mysterious running through it, I was hoping I might see one or feel something. But all I felt was tired and I woke up un-haunted. 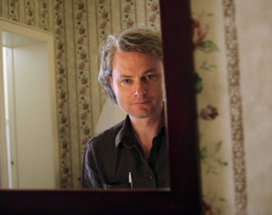 Toyne reflects on his ghostly desert quest in the Copper Queen Hotel, in Bisbee

In Bisbee I had also pre-arranged for a tour of the local sheriff’s office so I could ask one of the officers (Sgt. Tarom Maddox) lots of strange questions like “What would you do if you found someone walking out of the desert with no ID and no memory?” He was very helpful, as cops always are to writers, and a lot of our conversation ended up in the finished book.

Just outside Bisbee, you come across a huge hole in the ground poetically named “The Lavender Pit” after the man who figured out how to get more copper out of low-grade ore. The sulfides in the rock have leeched out and oxidized, turning the water red and making the earth look like it’s bleeding. These are the kinds of things that make environmentalists weep and thriller writers reach for their cameras and notebooks. There was also a campsite nearby with a sign saying, “Closed for the Summer” which struck me as so odd and upside down that naturally this made it into the book too.

A bit further down the road from Bisbee is Tombstone, a town made famous by 30 seconds of gunplay on Oct 26th, 1881, between the Earp brothers and Doc Holliday on one side and the Clantons, Billy Claiborne and Frank McLaury on the other. Known as the gunfight at the OK Corral, the fight didn’t actually take place at the corral, but I guess “The gunfight six doors down from the OK Corral” doesn’t have quite the same ring to it. 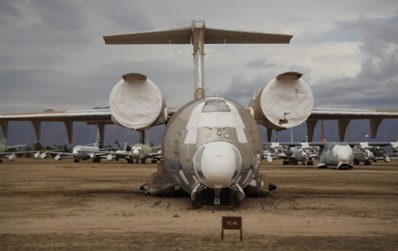 Putting flesh on the bones of the story…. at The Boneyard, the aircraft graveyard and museum near Tucson.

Tombstone is all about tourism now and presents a kind of Disney-fied version of the Old West with reenactments of the gunfight and a well-maintained historic graveyard filled with white painted boards for headstones, which speak of the hardships of the Old West: hangings, suicides and death by Apaches.

As a final stop before heading home with my hundreds of photographs and notes, the dust of the desert still on my boots, I made a personal pilgrimage and stopped off at the Poisoned Pen bookstore in Scottsdale to do a talk and a signing. I’d been aware of the bookstore through its online archive of author interviews on its website, which I had plundered endlessly when writing my first book. It was a small, personal writerly coming of age moment for me to be there as a full-fledged writer myself.

All in all I spent a week driving through the desert and, despite coming close a couple of times, I never did find my shimmering town. What I did find was a place just as eerie and beautiful and dramatic as I remembered where I collected enough fragments to weave a town of my own, a town I called Redemption.