The New Star of the Swedish Mystery Scene 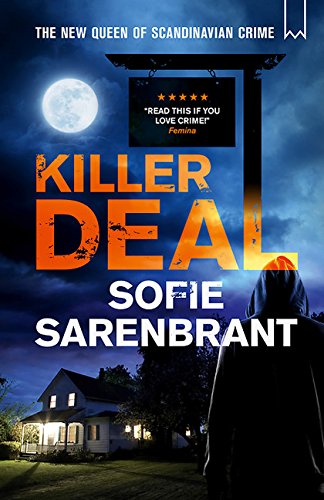 Sweden has a history of producing excellent crime novelists, famous for bleak Scandinavian settings and dark, psychological suspense.  Names such as Liza Marklund, Mari Jungstedt, Camilla Läckberg, and of course, Stieg Larsson come to mind.  Our guest this month is Sofie Sarenbrant, a rising star in the Swedish mystery scene who has sold more than 700,000 books in 12 countries. Hollywood is calling, she has appeared on numerous magazine covers, and her future is brighter than a summer solstice in Stockholm.

KILLER DEAL, Sofie’s fifth crime novel and the third in the detective Emma Sköld series, released on May 16th.  The novel is a page-turner about a father who is found dead by his six-year-old daughter the morning after an open-house showing in a posh Stockholm suburb.

Sofie was gracious enough to field my questions about KILLER DEAL, her past, and her writing career.

Thanks for taking the time to chat, Sofie. We’re thrilled to have you. To kick this off, why don’t you tell us a little bit about your background? Where in Sweden are you from? What did you do before becoming an author?

Thank you! I was born in Stockholm, but two years later my family moved to a farm in the middle of nowhere. Living a long time in the forest may have big consequences. I mean, it’s dark and lonely at night and the nearest neighbor lives far away. So maybe it’s no mystery why I became a crime writer. Before becoming an author in 2010, I worked as a journalist (like my mum) and also as a photographer (like my dad).

KILLER DEAL takes place in a fancy Stockholm suburb—are you intimately familiar with this setting?  Or did you do some research?

I was in fact interested in buying a house in the Stockholm suburb Bromma, where KILLER DEAL takes place. The plot came to me when I went to an open house in Bromma. As soon as I entered the big white house (exactly like the house on the Swedish cover) I wanted to leave. The atmosphere scared me, I could imagine that something bad had happened there. The real estate agent wasn’t around when I left, so I never said good-bye. Then an absurd thought struck me: How would she know if everyone leaves? All the doors were open and anyone could slip in through the basement door and hide until the open house was over and the family came home. After that, I couldn’t stop thinking about what an exciting mystery plot that might be. (We did buy a house, but not that one, in beautiful Bromma.)

You are often billed as the “New Queen of Scandinavian Crime.”  That’s high praise—and well deserved from my read, I might add.  Which authors in the Nordic pantheon have influenced you the most?

Thank you so much! First of all Liza Marklund and Mari Jungstedt inspired me because they also had worked as journalists, just like me. I like the way they tell a story, but I also admire Lars Kepler, Stieg Larsson, and Johan Theorin. And of course Camilla Läckberg. She helped me a lot in the beginning of my career, before anyone even whispered the words, ”New Queen of Scandinavian Crime.” I couldn’t even dream about that. The only thing I had in my mind when I started writing was that I wanted to see my manuscript transformed into a real book.

Who are some of your favorite crime novelists outside of Sweden? 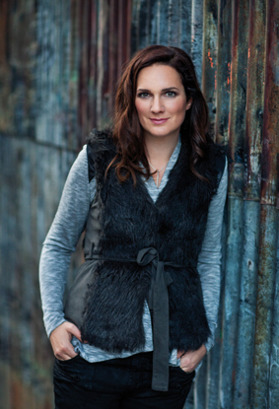 What got you started as a writer?  How long did it take you to get published?

Even if I appreciated my job as a journalist, I wanted to create my own stories instead of interviewing people all the time. I was pregnant with my first child, and started to think about what a big responsibility it is to become a mother. I went for a walk in the small fishing-village Brantevik, where I was on vacation, and asked myself what my worst fear was. Suddenly I imagined that I was kidnapped, and this thought left me totally terrified, and I had to hurry back home. Then I started to write Week 36, a story about a kidnapped mother-to-be. It took several years before a publisher said yes to the manuscript, but getting that phone call was one of my happiest moments ever.

The idea for the plot is the easiest, but developing it and involving the right characters at the right place is the hardest. But the worst step is afterwards, when I have been doing my absolutely best with my manuscript and I send it to my editor, and then she gets back to me with hundreds of comments on how to improve everything. At that moment I just want to throw everything away and start working at my local grocery store.

Instead of a worn-out, alcoholic chief in­spector in the lead role, I wanted a young, career-oriented woman my own age. Emma Sköld follows in her father’s footsteps, without his blessing. He thinks there are too many risks in police work, and it will turn out that he’s right. Emma encounters prejudice in her job as a homicide investigator, because she is young and beautiful. No one expects that she will be the most competent of them all and dares to question what no one else will. The problem is that Emma Sköld is a little too smart for her own good, which will strike back at her when she starts digging into an in­vestigation about a dead police officer and a beggar, a case that was already considered solved. There are a lot of strong women in my life that have inspired me to create the Emma Sköld character.

Do all of the books take place in Stockholm?

Almost. The two first books, Week 36 and Instead of You also take place in southern Sweden. But as a mother of small children it was hard for me to travel 600 kilometers to Skåne to do research. That’s why I moved my plots to Stockholm and created Emma Sköld.

What do you view as the principal themes in your work?

Themes my books have in common are strong women, sisterhood and relationships. In addition to that, each book focuses on one specific topic. KILLER DEAL is about real estate, Second Chance about marathons, and Rest in Peace about a Japanese spa outside of Stockholm.

Why do you think your work has resonated so well with readers?

It’s probably a combination of the plot, subject, environment, characters and the way I tell—and end—a story, I think. I try to write something that I would appreciate to read myself. I love feedback such as “It was impossible to put the book down before the last page” or “You owe me one night of sleep—and new nails.”  I’ve got both of these awesome comments posted on my Instagram.

Just do it—sit down and get it done! Exactly the same thing with anything you want to do in your life. Instead of waiting for the right moment—create the right moment! You have to be motivated and have a lot of patience—and time. Of course it’s a great idea to start with an outline, but I think the biggest (and hardest) step is to open an empty document and decide that you are going to do this. Don’t get stuck because of bad confidence. Just write, write, write. Don’t question yourself, that’s the editor’s job. Remember that the manuscript can’t be perfect from the beginning and it will be edited. So instead of worrying (leave that to your characters)—deliver! And don’t forget to thank me in the acknowledgments 😉

What can we look forward to in the future from Sofie Sarenbrant?

The dream is that the books will be turned into movies or a TV series, and it’s not impossible that it will hap­pen soon. So incredibly exciting! Today I had a meeting with a director and screenwriter from Los Angeles. And I also hope that the sequel to KILLER DEAL, Ward 73 (with Emma Sköld as main character), will be released in the United States next year.