Writing About a World Not Black and White 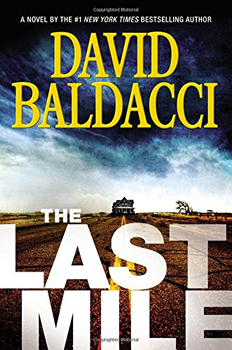 They say that word-of-mouth is the most effective marketing technique for selling books. I believe book lending is a close second. A few years ago, a friend lent me David Baldacci’s The Winner. The novel was about a dirt-poor single mother forced into a scheme that began by winning $10 million in the lottery. After I devoured the book in record time, I returned it—yes, I’m one of those—and told my friend that I felt I was the winner, because I’d just discovered a new favorite author. I’ve read plenty of his books since then, so when the editors asked me if I´d like to interview Mr. Baldacci and read his latest novel, you can bet I was sofa-jumping.

Can you tell us in your own words, what’s THE LAST MILE about?

Amos Decker, my hyperthemesia detective with a touch of synesthesia, is back on the case. When convicted murderer Melvin Mars’s execution is stayed because someone else confessed to the killings, Decker sees stark parallels between the murder of his family and Mars’s case. It also doesn’t hurt that the two men played college football against each other. The case takes Decker and Mars on a journey that goes back to before either of them was even born. And I manage to do it all without the benefit of time travel! Take that, Diana Gabaldon!

Was there an incident in particular that prompted the story?

As a lawyer, I saw stark injustice. If you’re poor and unconnected, you don’t get justice. If you’re rich and connected, you get more than justice, which actually makes it an injustice. Writing thrillers is a lot of fun. But by focusing on substantive issues of interest to me, and allowing people to read about them in a way that may linger with them, makes it even more gratifying.

What is the most frightening thing that has happened to you while researching a novel?

Being chased down an alley by a psychotic dog owned by a double murderer while on a walk-along with a police officer in D.C. The officer later told me that the guy had just left his dog behind when he “went away” for 20 to life. It made such an impression on me that I wrote both the dog and the double murderer into the novel I was working on. I’m a dog lover, so things turned out fine for the canine, but not so nice for the double murderer.

When I read a line like this: “Regina lived in one of a line of old duplexes that looked about a few bent nails and a few more termite bites from falling down,” it reminded me of Stephen King’s comment about how often writers overlook the language. It’s obviously not the case with you, but what is your take on language, and craft in general?

The words build the story. You can focus on the plot and choose minimally invasive words to do the deed, or you can select words that will help create the atmosphere, mood and characters. I prefer short, declarative sentences packed with as much muscle as I can and spun out in unpredictable ways. Twain was right: the difference between almost the right word and the right word is a small matter, it’s merely the difference between the lightning bug and the lightning. Words are your weapons. They’re the igniter for the fuel of your imagination. Those two things together, words and imagination, really are the sum width of a novelist’s world.

Quite a few of your characters carry excess baggage from their past (John Carr from The Camel Club, Web London from Last Man Standing, Amos Decker from Memory Man). What is it that draws you to such complex characters?

The world is not black and white, nor should fiction be. I live in the world of gray because that’s the color I see when I look at the world. White knights are not only boring, they’re the stuff of dull myth. Atticus Finch was a wonderful, endearing character that probably did not exist in 1930s Alabama. Indeed, I grew up in Richmond, Virginia, 30 years after that and not one Finch did I ever spot. Yet the possibility of such a heroic figure comforted folks, particularly if your skin happened to be white. The Atticus Finch we saw in Go Set A Watchman was surely far closer to the mark – a conflicted, troubled man trying to process a change that was coming and which he had no means or perhaps desire to confront. At times we all flounder out at sea. Novels should speak to that floundering. Success is wonderful, but largely unenlightening. It’s in failure where the truth lies.

Going back to Amos Decker, is there a limit to his memory? In other words, will older memories ever fade out to give room to new ones, or is his memory truly infinite until the day he dies?

We will have to see. He would surely love to forget some things. As we all would. But we all use memories to great effect, largely to make ourselves, at least in retrospect, far better than we actually were.

In recent years we have seen the Camel Club and King & Maxwell stand aside for the likes of Will Robie, John Puller and now Amos Decker series, can we hope to see some of the early ones return?

I never say never! To bring back those oldie but goodies, I would need to find a plot that supports doing that. Not just to bring them back by popular demand. The story has to fit and work. I would never want John Carr or Michelle Maxwell upset with me. It would hurt. A lot.

While DC has Justice League and Marvel has The Avengers, to my knowledge there has been no crossing of paths between your characters and series, will that ever happen? For example, Sean King helping Amos Decker out with a case.

I did a bit of that in Bullseye, an ebook short story. I crossed the streams with Will Robie and the Camel Club. That made sense because Oliver Stone aka John Carr once did what Robie does now. I could definitely see myself doing that with some of the series. Bullseye was a lot of fun to write and readers seemed to really enjoy it.

As someone who loves to tell stories, how challenging was it to change the role from author to editor when you worked on the ITW anthology Face Off? What can you tell us about that experience?

It wasn’t that hard because I was editing a bunch of all-stars. It was probably like managing the Yankees in the 1930s. You wouldn’t have to tell Babe Ruth or Lou Gehrig how to bat properly. I just applied a mild touch to the throttle and brake at very infrequent intervals and the car practically drove itself. Which means, of course, that we were light years ahead of Google on self-driving cars. I wonder if it’s too late for ITW to challenge the patent? Think of the money!

A new John Puller, No Man’s Land, and the third installment of my middle grade/YA series. And also trying to keep my sanity while observing the current presidential campaign. The book writing is going much better than the sanity thing. Maybe we should just throw them all into that game from the old Schwarzenegger flick, The Running Man, and see who comes out the other end. It couldn’t really be any more bizarre than it currently is.

Let’s talk transportation. Apart from cars or bikes, how would you like to travel in style?

My secret desire is to have my own customized train car like James West on The Wild, Wild West. What a way to do a book tour! But friends and family would be all over me for free rides. There’s always something…. 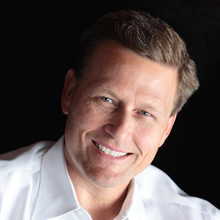 David Baldacci published his first novel, Absolute Power, in 1996. A major motion picture adaptation followed, with Clint Eastwood as its director and star. In total, David has published 31 novels for adults; all have been national and international bestsellers, and several have been adapted for film and television. His novels have been translated into more than 45 languages and sold in more than 80 countries; over 110 million copies are in print worldwide. David has also published five novels for younger readers, including the #1 bestseller The Finisher, which is in development for feature film, and its #1 bestselling sequel, The Keeper.