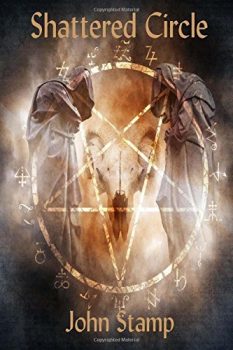 Jackson Cole is a newly minted homicide detective thrown head first into the grinder when he is ordered to investigate the grisly murder of three women, each adorned with seemingly occult symbols.

The press is stirring up a killer cult frenzy in the media. The mayor, the Chief of Police, and Cole’s Captain want results to calm an increasingly fearful public; and Cole’s supposed partner is nowhere to be found. It’s just another day at the office until a stranger shows up spouting a wild theory: blood magic.

Cole won’t even consider it. There is no such thing as magic, no such thing as voodoo; and there are no demons roaming the Charleston Peninsula. There’s always a rational explanation for the evil humans commit upon one another.

Then a demon tries to take Cole’s head off.

How do you stop a supernatural evil, something ancient and unencumbered by the laws of either physics or man? Especially when all you bring to the fight is a pistol and a pair of handcuffs.

If Jackson Cole wants this case to close, he will need to open his mind to a world of the impossible. A world he never knew existed, until now. Then he’ll have to survive it.

SHATTERED CIRCLE is available from Amazon.

John Stamp is a former Special Agent who served with both the FBI and NCIS. In addition to his federal law enforcement career John also served as a Police Officer, Narcotics Investigator, and Hostage Negotiator for the City of Charleston Police Department, Charleston, SC. His three novels all take place in the South Carolina lowcountry.