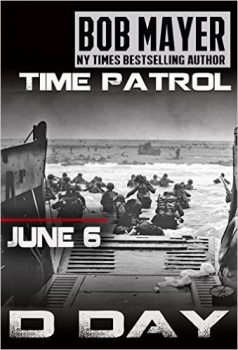 The 6th of June is the Day of Days

History is made by ordinary people doing extraordinary things. The fact that often time’s history doesn’t record the heroics of these people doesn’t alter that. The missions on 6 June range from:

1944 A.D.: Parachuting in behind the beaches of Normandy and linking up with the Resistance to insure the last ‘good war’ ends the way history records.

1843 A.D: At West Point, where a middling cadet, small in stature, named Ulysses S. Grant is trying to survive and graduate, with his curious brain that mixes war and art.

1998 A.D.: In a secret nuclear weapons depot in Pakistan, where the saber-rattling of nuclear tests is getting ready to escalate into Armageddon; a war to end all wars.

And, strangest of all, a mission thousands of years into pre-history, to the day Art is born.

It is up to the Time Patrol to send an agent back to six different years on the 6th of June and make sure that doesn’t happen!

D-DAY is available from Amazon.

Much Ado about Highlanders by May McGoldrick