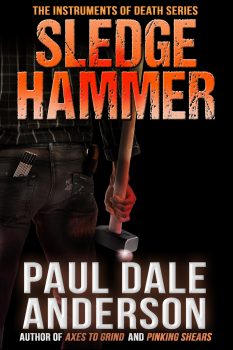 It isn’t easy growing older. Del, a recovering alcoholic, is almost fifty. George is over seventy. Can they successfully match wits and physical strength with a serial killer half their age?

And what if there’s not one serial killer on the loose, but two?

And what if one is a professional mob hit man who meticulously plans out his kills so he can’t be identified and won’t ever be caught?

SLEDGEHAMMER is available from Amazon and Barnes & Noble.