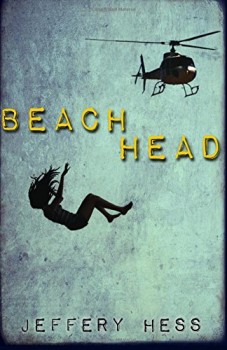 Jeffrey Hess’ debut novel, BEACHHEAD, employs three of this passions—a Navy veteran, a Florida setting, and a 1980s time period. Hess himself is a Navy veteran and has lived in Florida most of his life. He holds a master’s degree in creative writing and has taught military veterans and their family members creative writing for nine years.

I asked Hess to talk about his new book for The Big Thrill. Here, he shares his inspiration for his protagonist and how his personal life shaped the story.

The hero of BEACHHEAD, Scotland Ross, is a Navy-prison parolee who’s being manipulated by a shady gangster. What inspired you to create such an unlikely hero?

I knew he’d be a Navy vet with a set of principles he can never live up to, because of his temper and because that’s just how his luck runs. After a few “What-If” scenarios, the next thing I knew, he’d spent time in a Navy prison in Leavenworth, Kansas. That was a world that fascinated me, and quite frankly had scared the shit out of most of us when I was on active duty.  Horror stories of spending the day breaking rocks and the nights locked up in cells with no windows were made more severe by the sheer extremism of the Uniform Code of Military Justice. In our minds, military prisons weren’t subject to the same standards as civilian prisons and often skirt issues of basic human rights. Nobody wanted to be sent there, even though plenty of guys were.

How did your service in the U.S. Navy shape the world you created in BEACHHEAD?

The world of BEACHHEAD is the physical world I grew up in, but while serving aboard ship, I always carried a book in my back pocket and read at every opportunity. Being repeatedly immersed in fictional worlds while living in a world unfamiliar to most people formed endless possibilities in my mind.

Many of us outside of Florida were not aware of the fishing ban and how that affected people. How does this play a role in BEACHHEAD.

BEACHHEAD began as a short story, which I started after sitting at a bar on St. Pete Beach, where the bartender told me I should write a story about the fishing ban. His brother-in-law had been locked out of business and couldn’t pay back the loan on his boat. It was a great idea, but I knew nothing about grouper fishing. So I made the brother-in-law a tertiary character, but the fishing ban is still a major plot point. My main character is affected by the moratorium because he works in a tourist area.

Where did the hero’s name come from?

Scotland was the name of the plumber who helped me with a hot water heater that went haywire. He had a different story than the one Scotland Ross has, but I couldn’t resist using the name.

That was a formative time for me and I remember this juxtaposition between palmetto scrub and fresh stucco, new money and old-growth pines. I always had this sense of shady deals in real estate and local politics back then. That, and I’m such a fan of the cars and music of the era, so it was a lot of fun to write.

You’ve been widely published as an anthology editor and a journalist. What inspired you to write a novel, and why did you gravitate to crime fiction?

I enjoyed technical writing and marketing communications, too, but I’d wanted to write novels since I was 17-years-old.

I began writing short stories, because that’s what I learned in college. Each of them had bizarre scenarios and characters that were a little too dark for their own good. I was fascinated, and continue to be, by Diane Arbus—not just the pictures she took, but the photographer, herself, who saw beauty in each atypical model on the other end of her lens. I wanted to apply the same treatment to my characters, even though responses were not always completely favorable.

In the 2000s, I started writing long fiction by combining my Navy background and my love of crime fiction. I’m especially drawn to noir, which, to me, means that the protagonist gets himself or herself into a situation of danger—often their own doom—through choice, coercion, or compulsion. That fascinates me. I’m currently working on a paper about this topic.

What were you trying to accomplish with your two Home of the Brave anthologies—Stories in Uniform and Somewhere in the Sand?

In many ways, I wanted to honor all those who had served and those affected by people who had, by putting together some of my favorite stories to show readers they’re not the only ones, that others had gone before them and seen and done things that can’t be reversed, or not done things they wished they had. I included stories from World War II to the present conflicts in Iraq and Afghanistan. I was pleased by the reaction to the first book. The follow-up volume focuses on the present conflicts. From all accounts, the books achieve that sense of honoring, and I’m grateful to everyone who participated. Both volumes help fund worthwhile organizations that serve veterans.

You run a writers workshop for military veterans. What is the program like?

The DD-214 Writers’ Workshop (www.dd214writers.org) is now in its ninth year. Its mission is to provide instruction, encouragement, and assessment to any U.S. military veteran or dependent. I’ve built the workshop on the same principles I learned in graduate school, which includes a focus on craft, reading like a writer, and developing productive writing habits. To date, we’ve welcomed veterans from all branches and eras, including the Vietnam era. Some students have never previously written a story or essay or poem, and some have self-published books. We meet once a week and discuss that week’s submission in a roundtable format, highlighting what we found that works well and areas to consider in revision. Of all the people who have come and gone, I still have two participants who have been with me consistently since the very first workshop back in 2007.

Given your penchant for noir fiction, a publisher with the name Down and Out Books seems less than coincidental. How did this match come about?

Actually, the coincidence doesn’t end with the publisher’s name. They’re also headquartered in the same town where I live, which is where BEACHHEAD is set. The odds of that are staggering.

You have a master’s degree in creative writing and a long list of credentials as a journalist, author and teacher. What’s the most important advice you give aspiring writers?

I often tell aspiring writers, “If you don’t like to spend large chunks of time alone every day, then find something else to do.” Some people are appalled by the harshness of the advice. Others get the message. So many people want “to have written” but so few want to spend the time it takes at the keyboard to write and revise and revise and revise. 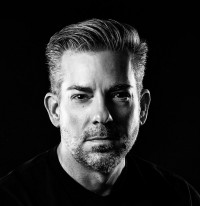 Born in New York and raised on Florida’s Gulf coast, Jeffery Hess served six years aboard the Navy’s oldest and newest ships and has held writing positions at a daily newspaper, a Fortune 500 company, and a university-based research center. He is the editor of the award-winning anthologies Home of the Brave: Stories in Uniform and Home of the Brave: Somewhere in the Sand (Press 53). He holds an MFA in creative writing from Queens University of Charlotte and his writing has appeared widely in print and online. He lives in Florida, where he leads the DD-214 Writers’ Workshop for military veterans.