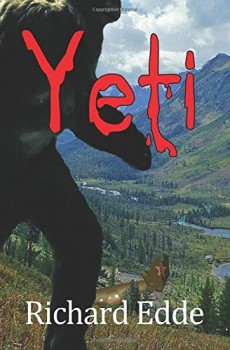 These days the line between fact and fantasy keeps getting increasingly blurred. That gray area between truth and fiction gets narrowed to a fine line. With all the advances in science and technology, the things we read in the books we buy and see in the movies can certainly cause us to pause. I have always enjoyed those novels whose plots were made plausible within a background of scientific information. The reader no longer knows what is fact or fiction but doesn’t care because the story is so good.

Since college I have been fascinated with the science of our human origins and the fossils that make up the collection of early humans and proto-humans. I read everything I could get my hands on describing Australopithicus, Homo erectus, Homo habilis, and of course, the Neanderthals. In 1974 when the skeleton Lucy was discovered in Ethiopia, it was determined to be the oldest hominid fossil yet —3.2 million years old.

It was a revelation.

By then I had graduated from medical school and actively engaged in residency training but I still found time for my “other obsession.” The fact that our human ancestors had walked on this planet over three million years earlier was almost more than I could get my young mind around.

Lucy’s discovery marked a turning point in our understanding of human evolution. Even today scientists are still learning from her. Paleoanthropologists can visit her in Ethiopia’s National Museum in Addis Ababa, to run further analyses using new technologies. Perhaps her most important contribution was to spark a wave of research that has led to the discovery of many new species. The number of known species has more than doubled since Lucy, but many parts of the story still need to be filled in. Now there are much older fossils, some six million years old.

The field of genetics has enhanced our understanding of our early forefathers and how we are related to them. There are countless examples of how we modern humans have common genes with our distant cousins who lived millions of years ago. Examples that are founded in scientific proof.

Then there was another bombshell.

When I began thinking of a plot for my second novel, I wanted it be an action thriller with a scientific bent. As I was playing the what if game, mulling over potential plot scenarios, I had a thought: What of there was a creature similar to the Neanderthals living today? A creature that might be genetically related to us?

Bingo, I had my novel.

So it is that deep within the remote mountains of Mongolia there exists a heinous mystery, one the locals have attempted to keep secret for generations. Now, Harry Olson, a paleoanthropologist, is in the area excavating for early human fossils. What his team discovers threatens to turn modern scientific knowledge on its head and disrupt the peaceful harmony of the largely superstitious country. It is a discovery so appalling, so sinister, that the lives of the expedition members are at risk from a determined fossil pirate who learns of their discovery and vows to make it his own. Harry and his research team fight to outwit the man who is out to kill them and steal their find but first they must escape the terrible evil they have uncovered…

Writing YETI was a lot of fun. I hope I have created a story my readers will find suspenseful and difficult to put down.

And maybe learn a little of their ancient heritage in the process. 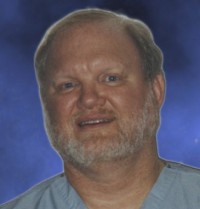