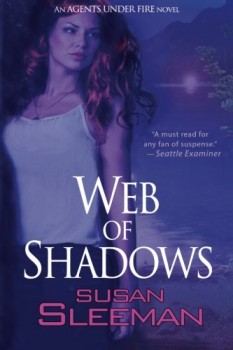 “Let’s blow things up,” he said, and held out the bomb detonator.

Words escaped me as I took the detonator and knelt in the grass damp with morning dew. I grinned up at him and briefly considered rubbing my hands together like an evil villain.

Instead, my hand hovered over the plunger and power surged through my body. I quickly looked around the group of eager participants standing around me. They wore protective goggles and ear protection. They returned my goofy grin, their eyes filled with anticipation.

He counted down. Three. Two. One.

I pressed the plunger.

A mighty fireball flashed into the air. A thunderous explosion rolled across the sky and the ground rumbled. We all gaped at each other. Eyes wide. Mouths open. Silly grins widening on our faces.

A bomb and silly grins? What in the world?

This was range day at the F.B.I. The final day of the F.B.I’s Citizen’s Academy when after six weeks of hearing amazing agents talk about their job and mission, the academy participants trekked out to the F.B.I.’s local firing range. Under the supervision of seasoned agents, we shot weapons of all makes, donned one of the heavy suits worn by bomb squad techs, and blew things up.

And man, oh man, it was fun. Informative, too. Perfect information for my books.

I didn’t attend the academy just to have fun. I attended to learn more about the amazing men and women who serve at the F.B.I. To learn background details about their jobs, about the work they do, so I could realistically write my latest Agents Under Fire series, and to portray a realistic bomb tech in my First Responders series.

Today, I’d like to tell you about WEB OF SHADOWS, the second in the Agent Under Fire series featuring female agents assigned to one of the F.B.I.’s elite Cyber Action Teams.

I’m sure you’ve heard about cyber intrusions—hacks—on the news. I mean, how can you not with the hacks happening nearly every day. It’s even likely your life has been changed by such an intrusion. Your credit card number stolen. Your bank account threatened. Private data taken. All then sold on the dark web with the sole purpose of taking advantage of you.

WEB OF SHADOWS features agent Nina Brandt and her ex-boyfriend, Navy SEAL Quinn Stone whose geeky younger brother hacks into the TSA’s No Fly List to play a practical joke on another teen. When access to the list falls into the wrong hands, Nina fears terrorists will exploit the list to wreak havoc. She’d rather do anything than work with Quinn, but she has no choice. Together, they have to locate the traitor whose plans threaten our national security and secure the No Fly List before another terrorist event rocks out nation. 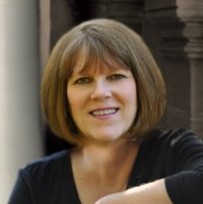 Susan Sleeman is a best-selling author of clean read and inspirational romantic suspense books. Awards include Thread of Suspicion-2013 Romantic Times Reviewers Choice Best Book Award, No Way Out and The Christmas Witness, Daphne du Maurier Award for Excellence finalists. In addition to writing, Susan also hosts the popular website TheSuspenseZone.com. She currently lives in Oregon with her husband, but has lived in nine states. They have two daughters, a son-in-law, and an adorable grandson.