The Path to Writing a Southern Gothic tale of Suspense 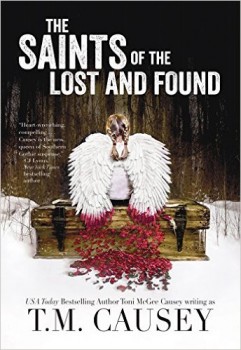 Ten years ago at the very first Thrillerfest in Phoenix, I met Toni McGee Causey in person, after first meeting online through Backspace, the writer’s community co-managed by ITW’s own Karen Dionne. We were both debut authors—my first book came out in 2006, Toni’s out in 2007. We were new to the business; naive and excited and terrified by the process. We bonded over kalamata olive dip, French bread and wine, friends at first sight.

So I was more than a little bit thrilled to get to interview Toni about her long-awaited release of THE SAINTS OF THE LOST AND FOUND (writing as T.M. Causey, on sale March 8, 2016). I tried to get Liz Berry to foot the bill for me to fly from California to New Orleans to interview Toni in person, but no such luck. Fortunately, long-distance phone calls and emails are now free.

Toni is a busy woman. Sure, I have five kids—three still at home—but Toni is renovating a historic building in the French Quarter of New Orleans, works with her husband on the construction business they own, is a photographer, and has two grown kids who have kids of their own. And she writes. But we connected. Aside from our five years of playing Words with Friends on a daily basis, I have Toni’s number programmed into my cell phone. (Like when I called her driving back from Left Coast Crime to help me figure my way out of a plot hole I’d created …)

The first question I had was why did Toni depart from her adrenalin-fueled Bobbie Faye series—which I read and loved—and write a dark, Southern gothic tale of suspense?

“One of the odd surprises of my life is that the thing you never expect to hit is the thing that hits, and in so many ways, that’s what happened with Bobbie Faye,” Toni said. “She was fierce and fun and I loved giving my humor a wide field in which to play, from subtle to sarcasm, from irony to slapstick. I always saw Bobbie Faye as Wile-E-Coyote just as he goes over the edge of the cliff, looking back at the camera with that oh, shit expression, and it was a joy to write her.”

Toni kept circling around to a story about a woman who finds lost things. Believe me, I know: I have many, many emails about Avery and the situations she finds herself in! What if this, what if that … but at first, Toni thought she’d be writing another funny novel. “Every time I tried to ‘write funny,’ this story went flat. And the more I looked at Avery, the more I delved into who she was and how she got that way, there was so much pain, so much darkness, and quite honestly? I was scared of it.”

Toni quit writing this book more than a dozen times. But she’s stubborn (very stubborn!) and so am I. I read an early version of the beginning and told her I had to find out what happened. I nagged her. A lot. Toni said, “That so-called nagging… that helped, tons. I was terrified of this story. I’d had a bone deep realization that there were some truths I was going to have to tell, some things I was going to have to mentally live through that were hard, and I had to face the fact that I would feel exposed for the first time, really, as a writer. I don’t think you can tell as dark a story as SAINTS is without that sort of vulnerability. At least, I can’t. But I hate quitting anything, and I didn’t want the story to beat me.”

But Toni had more than a tough, demanding thriller to write. She faced a devastating personal blow. Her only brother, Mike, was diagnosed with a rare lymphoma. Family means more to Toni than anything else, and writing had to take a back seat for more than a year as she and her husband were the main caretakers for Mike.

“You know, I’ve lost family and friends before, but they’d always been of a much older generation, or there was enough time to get used to the idea that the person you love was not going to make it because of an extended illness. I grieved and had times when it didn’t feel fair and it hurt so much, but I was able to function. Losing someone I was so close to, like my brother, Mike, who’d been such a major part of my entire life, knocked me down and kept knocking me down.” 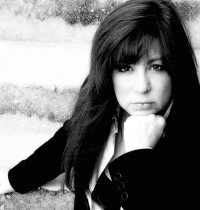 There’s no point where Toni feels she’ll completely “get over” the loss of one of the most important and loved people in her life. “None of us are guaranteed a certain number of days, or good health, or an easy exit from this world. Cherish what you have, who you’re with, and know that when you lose someone, ultimately, you carry them with you—their love, their joy—for as long as you tell their story, or remember them.”

“Since Mike was my younger brother, I gave some of the ‘older sibling’ aspects to Latham, since he’s seven years older than Avery. The roles for these two were the opposite of mine and Mike’s—so I would have to say that is the most different. Latham has that sense of being the boss of the other sibling that never quite leaves you, even when they’re fully grown functioning adults. And then there’s the nurturing attitude where you want to protect the younger sibling from the hard lessons you learned on your own. What is very similar is the tone and deep love they have for each other—that sense of the two of them against the world. Mike and I may not have visited often, but we always knew that if the other one needed anything, we’d drop whatever we were doing and get there and help, in any way possible.”

One of the most powerful aspects of SAINTS is the relationships between characters. While I was personally drawn to Avery and her brother Latham and their journeys—both growing up as children of grifters and their present strained-but-close relationship—there were many other relationships that gave SAINTS an emotional complexity that is rare in thrillers. Though some reviewers have called SAINTS “genre-bending,” I think it’s more “deep genre”  It’s fully a suspense novel, but it’s multi-layered. It’s dark, it’s atmospheric, it’s page-turning. Avery and Latham; Avery and her ex-boyfriend, Jack; Avery and her father; Avery and Nate; and then the rich secondary characters and your depth of what it means to be “Southern.” I love it.

“Stop. I mean it. I’m honored for this to be considered ‘deep genre.’ I know I put you through hell making you wait for each version of SAINTS until the last, final draft. But it was one of those things … with each layer I uncovered more about Avery and her life and the circumstances surrounding her return to St. Michael’s. There was a lot going on with Jack’s ex-wife, his son, Avery, Latham, and of course one of the main reasons Avery went home: to hide from the FBI and from the press because she couldn’t find a missing girl in time. This failure is the catalyst for everything that happens in the story. So truthfully, SAINTS is a mystery at its core, but because of the setting and the way I told the story, southern gothic suspense fits the bill.”

And it worked: SAINTS is one of those books that stays with you after you turn the last page.

Cover design is one of the most difficult parts of marketing a book, but it is arguably the most important aspect of selling your book, especially to new readers. Because SAINTS was wildly different than Toni’s popular bestselling Bobbie Faye series, Toni wanted to make sure the cover reflected the tone.

“Creating a cover that conveys a mood/tone/story without giving away spoilers, one that’s memorable for some reason, one that entices a reader to pick it up, one that completely suits the story, is just damned hard.”

Originally just a photography exercise, Toni tried a variety of cover ideas, but nothing was working. I know, I saw many of them! (In case you didn’t know, Toni is an amazing photographer and recently started a business selling her photographs of New Orleans and the South.) And then suddenly, it clicked.

“I woke up one morning with the image—pretty much what you see in the final art—in my head. I spent a ton of hours learning how to do some of the things I needed to know, but then the cover ended up pretty much as I had envisioned it.”

I asked Toni what else she wanted readers to know about her. She was silent for a long time, so I told her I could share some stories she told me while imbibing over wine at the last Thrillerfest where we shared a room, and she quickly said, “I really, truly, do not blow up stuff. Pinkie swear.”

For more about Toni, SAINTS, her photography and her renovations, please visit her website.